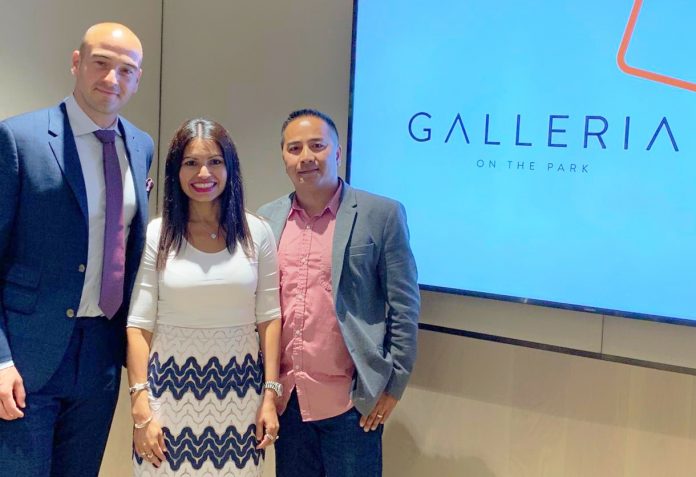 A new urban district is coming to Dupont and Dufferin Street. Galleria on the Park leads positive change in the neighbourhood with a 20-acre site set to enhance its zest and creativity with a range of housing, leisure and retail options. This new condominium community will create a family-oriented atmosphere where everyone in the family can dine, shop, and play at the multiple planned spaces found at street level and the second floor of various buildings. So far, the project has revealed that there will be a new, large grocery store, a pharmacy and an LCBO.

There is an overwhelming demand for new multi-purpose residences in this neighbourhood and the anticipation has been building for several months. So much so, that we've had clients trying to secure units even before launch day.

This is why we took the opportunity to sit down with Ryan Rabinovich, President of Pre-Construction Condos and Development at PSR Brokerage. We know how important it is to get the most accurate information about pre-construction condo projects, especially as suites in the first tower launch and become exclusively available through platinum access.

Check out the video below.

Galleria on the Park by Elad Canada - The Cool 10 Interview By GTA-Homes: TRANSCRIPT

Hello GTA-homes viewers, welcome back to another episode of the COOL 10. In today's episode, we will be sitting down with Ryan Rabinovich, President of Pre-Construction Condos and Development at PSR Brokerage. The project of discussion today will be Galleria on the Park by Elad Canada, a multi-billion dollar real estate company with a keen focus on development.

Situated at Dufferin and Dupont, Galleria on the Park offers a modern, urban lifestyle. This new condo development will overlook an extended and reconfigured Wallace Emerson Park in addition to an expansion plan which includes doubling the size of the community centre. It's no wonder that this new community will be the centre of activity in Central West Toronto. Let's hear what Ryan had to say.

0:56
Who is PSR Brokerage?
PSR Brokerage is one of Toronto's most boutique real estate service firms specializing in servicing developers in pre-construction developments all across the GTA. We were established about a decade ago and now have three locations and just selling real estate every day is what we do and love. 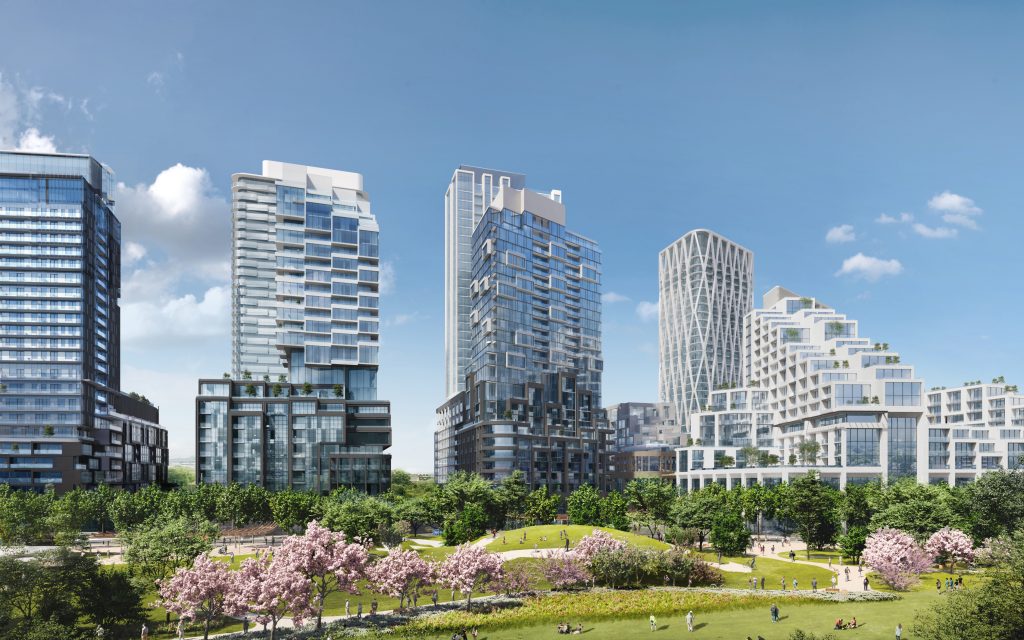 01:16
Why Dufferin & Dupont? What can buyers expect from this neighbourhood?
We’re excited about the transformation that's about to take place at Dufferin and Dupont with the introduction of the Galleria on the Park master-planned community. I think that the buyers can expect a development that suits the neighbourhood, complements it, and helps it evolve by providing additional housing for young families and young professionals who want to come and form themselves as part of this community.

01:58
Can you tell us about the developer behind this master-planned community?
Elad Canada is an incredibly well-established firm. Multinational they have offices in Israel, Florida, New York and Toronto. Their market value approaches just under two billion dollars which is incredibly significant. Their pipeline is filled with future projects and they are absolutely in love with Toronto.

You'll rarely see Elad do a one-off building because of the scale of the company, they love to really focus on creating master-planned communities as they've done in North York and Emerald City specifically. Now at Galleria and they've actually purchased another development opportunity for an additional master plan in North York again to really bring additional housing opportunities to pockets that have previously been underutilized from the development perspective. 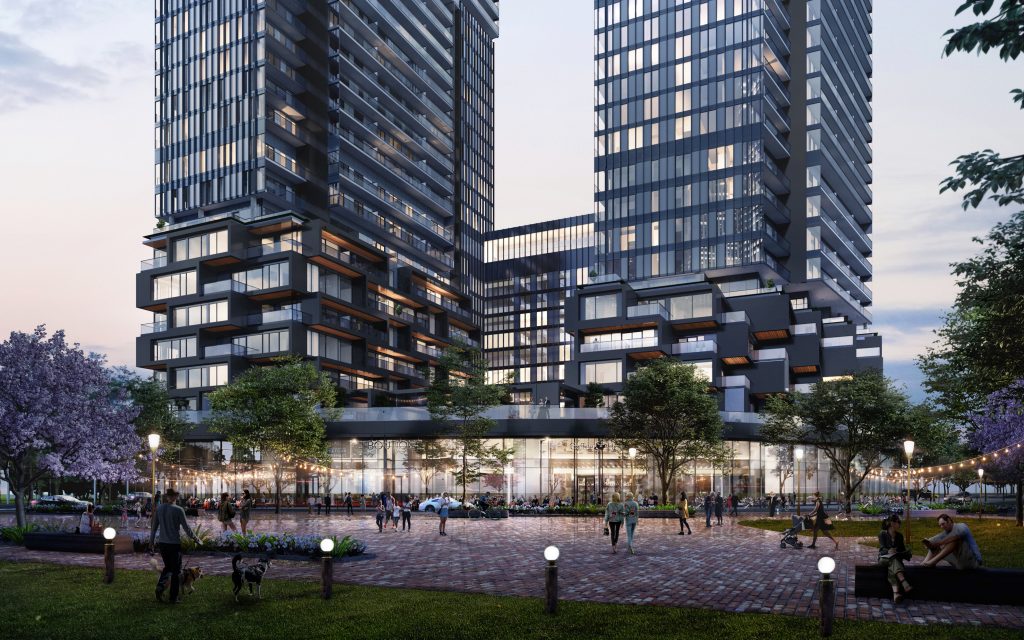 02:54
The first 2 buildings will be designed by Core Architects, what is their vision?
When Core Architects looked at the site, it sits on a diagonal, so they wanted to make the first two buildings a bit of an ode to the topography of the site. The South building has a diagonal element to it, the podium is very robust, very strong, it fits the community as it is today.

The buildings at the same time are very inviting while incorporating all of the elements that the neighbourhood currently has to offer. Some of those rustic elements you know, some darks, in that warehouse feel, but in a very modern approach, and all of that is integrated into the overall architecture to create a building that is both aesthetically appealing while still making its presence felt from street level. 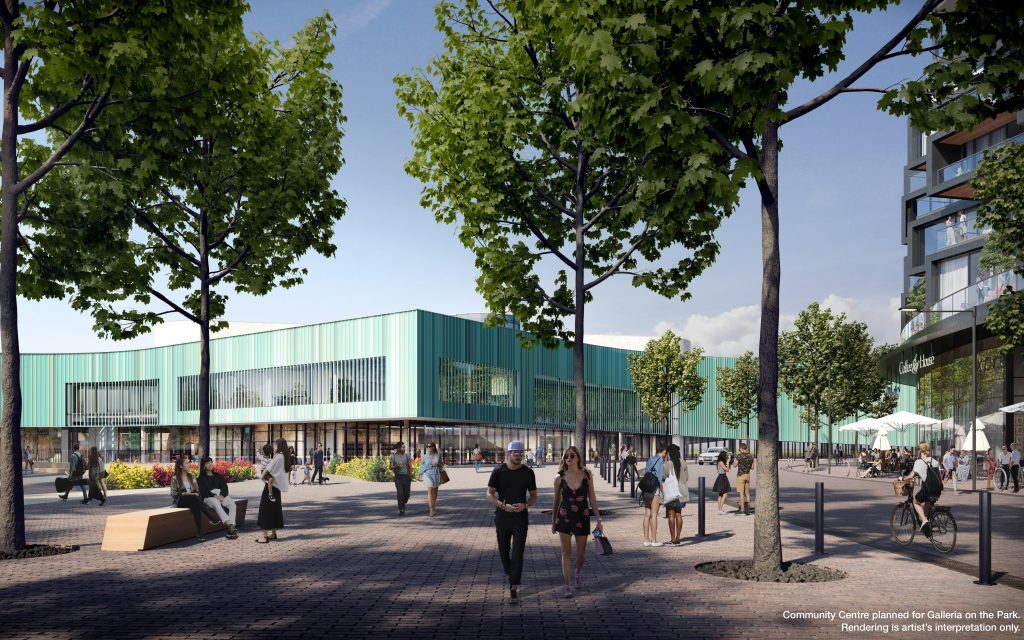 03:47
What kind of amenities do you have planned for Galleria on the Park?
The developers tried to curate a whole encompassing amenities package, both within the building themselves and of course as part of the community. Within the building, it's quite extensive. We have everything from outdoor play areas to outdoor swimming pools and outdoor lounges, state-of-the-art fitness facilities, there's a game room with billiards and foosball, there's a party room with dining rooms and kitchens and the offering is quite extensive because we want to make sure that, you know, when people live in the building, when they are part of Galleria, they have an opportunity to congregate and interact with their neighbours and we felt that having the right set of amenities would help nurture those inner building relationships.

05:37
Can you tell us about the floor plans? What kind of offerings will be available?
So we spent a lot of time making sure that our floor plans are as best as they could be based on where the market is today. I'm happy to share with you that we have one bedrooms in the ranges generally of about 500 to 550 square feet, one bedroom and dens anywhere from about 550 square feet up to about 650 square feet and those that are on the higher range, only because we're expecting this neighbourhood to be one that really caters for families, they'll typically feature a second bathroom, a full second bathroom, with oversized dens, but we do have an extensive variety of two bedrooms and three-bedroom units as well because again, we are trying to appeal and make Galleria on the Park home for families as well as young professionals.

06:33
What demographics will be drawn to this community?
So when we conceptualize the community we always saw this community being a mix of the various demographics that make up Toronto so we're seeing a lot of young professionals in their 20's and early 30's coming in, young families that are starting their life together while expanding their families and downsizers as well. So when coming up with the floor plan mix, when coming up with the building amenities, we really wanted to capture and appeal to this broad group of buyers because that’s what Toronto is today, it's a broad group of people from all over the world that collectively make up the city and Galleria is just a sample size of what Toronto is. 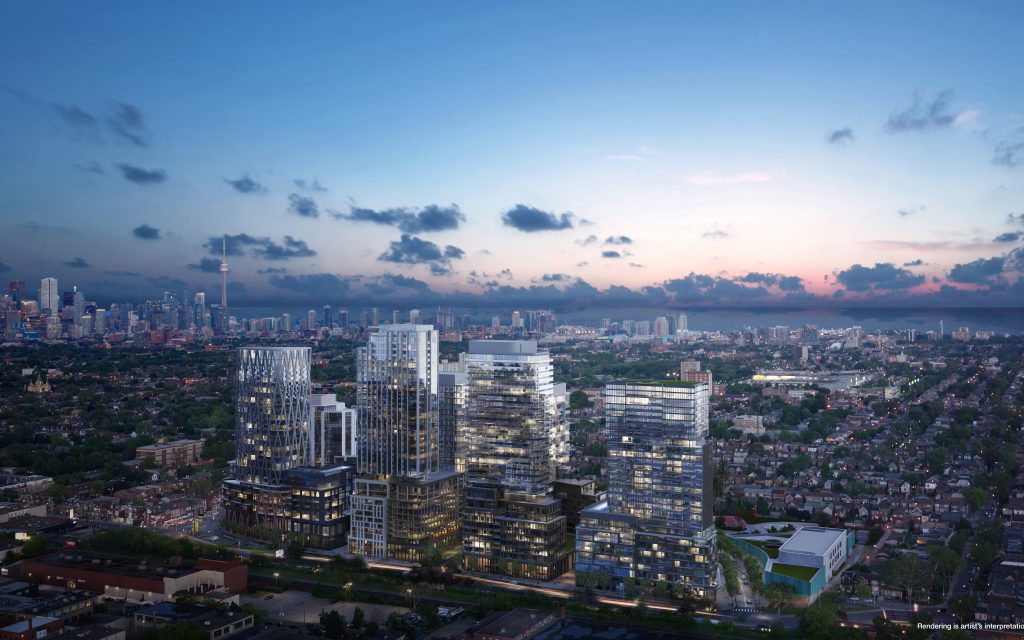 07:29
How do you see this area after this master-planned community is complete?
I think this community is going to complement this amazing neighbourhood that it is a part of today. Dufferin and Dupont today is already a well-established neighbourhood with second and third-generation Canadians and now we're starting to see a bit of an influx of, you know, a little bit of that hip movement, a little bit of artists coming into the neighbourhood and I think Galleria will complement and help this growth be accomplished because to grow a neighbourhood you need the residential density, you need the retail, you need the public spaces and Galleria ticks off all of those boxes. I think that when it's all said and done we'll all be able to look at the community whether it's the developers, the city, the residents of the community which are obviously incredibly important and be proud of what's been created.

08:31
How does Galleria on the Park play out for investors?
Galleria on the Park looks quite promising from an investment perspective for a few different reasons. The one is we've looked extensively and researched how master-planned communities perform in relation to standalone buildings within the same geographical areas and what we found is conclusive throughout. Master-planned communities consistently outperform standalone buildings nearby, there's a variety of reasons for that but one of the main ones is because a standalone building will typically appreciate based on general market conditions whereas in a master-planned community, you're buying into an asset that's surrounded by ten and sometimes hundreds of millions of dollars of infrastructure investment and when that infrastructure investment comes into play it actually grabs your property value and pulls it up significantly higher than the general market conditions as well.

So investing in a master plan community particularly in the early stages will always pay off. There's also a matter of affordability. Now in the downtown core, we're seeing prices hit a point where a lot of buyers see a hurdle in trying to get into those price points. Galleria geographically is a downtown location. Granted it's not a downtown core but it's that first train right around the core. Transit options are abundant, you're near the Dufferin and Bloor Subway Station, you're on two bus lines, you're walking distance from Spadina Station that connects to Vaughan and up to Finch Station through Union, you're close to Union Pearson as well, so connectivity is not an issue but you're really just minutes away from the centre of the city.

11:11
When will Galleria on the Park launch & how can someone get priority access?
so we're looking to launch Galleria on the Park in September. At this point, we’re just weeks away. If you want that first priority access, I would encourage you to reach out to one of our platinum partners, reach out to David and Brigitte at GTA-Homes and get in touch with them and see what you need to do to be a part of the first phase of this very exciting community.

I'm Ryan Rabinovich and this has been the COOL 10. 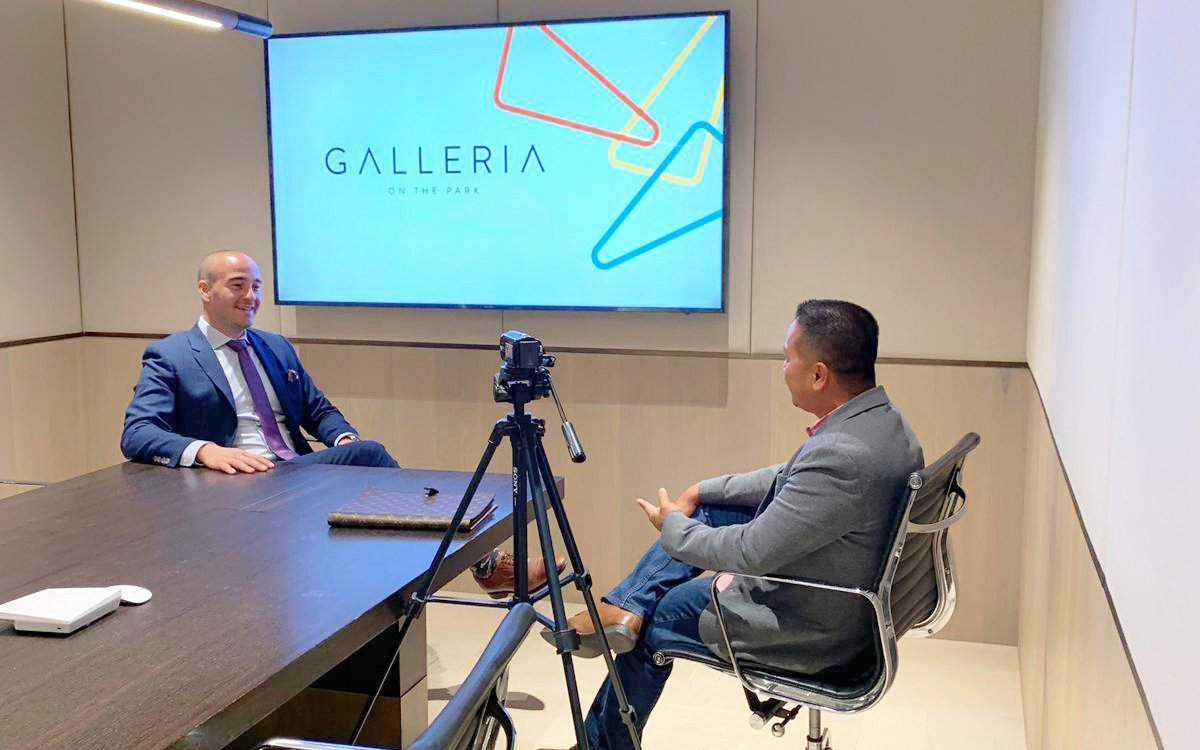