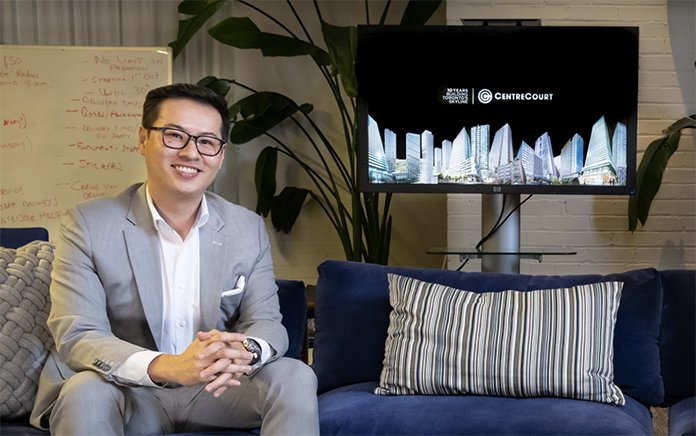 Get ready Toronto because there’s a new condo project coming to the heart of downtown Toronto’s East Core - PRIME Condos. This isn’t any ordinary condo development - it’s one that offers one of the best locations for future growth potential.

PRIME Condos is the latest development by CentreCourt that will be located at 319 Jarvis Street. It’s going to be built right at the corner of Dundas and Jarvis, which means living within steps from Toronto’s iconic Yonge-Dundas Square.

The plan is to build a 45-storey tower with 579 residential units that will offer a wide range of sizes and layouts ranging from studio to two-bedroom suites.

We had a chance to sit down with Jason Lam, VP of Sales and Marketing at CentreCourt, to chat about this exciting new condo development.

Check out the video below to hear more about why PRIME Condos could be one of the best condo investment opportunities in 2021:

The following is a partial transcript of the key highlights of that interview between Jason Lam and the owner of GTA-Homes - Brigitte Obregon.

GTA-HOMES: How do you feel about the Toronto market going into 2021?

JASON LAM: ...I would say that as long as interest rates remain low and supply [also] remains low like it is, [then] it’s not going to change.

...I think in condominiums the beauty is that you’re going to see...that pendulum shift back to condos where there’s a lot of room to grow. The rental market is a good example...I’ve talked to a number of [realtors] and they're telling me, saying, ‘I've literally rented three, four, five, six condominiums to someone that just landed in Toronto that's a new immigrant that landed two weeks ago.' Again if you ask yourself where else are those people gonna go...if you don't know anything about Toronto or you know very little and you get off of a plane you know you're not necessarily exposed to what Etobicoke is or Markham or Scarborough or Richmond Hill. You don't know these sub markets. You see the CN Tower. You see where jobs are. You see where retail is. You see where lifestyle is. And most importantly, you see where public transportation is. That's where you're going to gravitate towards to just get your bearings straight, and that's no different with tourism.

I see a big pickup in the market. I see a lot of activity. I think [we’ve] bottomed out in December in terms of condos and January, February [and] definitely March you're going to see continued ramping up in terms of price appreciation and transactions. It's hard to predict, [but] I feel confident that the condo market in particular is just getting started.

GTA-HOMES: What would you say to those investors who were looking to invest outside Toronto and are now coming back and considering investing in Downtown Toronto today?

JASON LAM: Well, let's look at the landscape. If you wanna buy pre-construction projects today, right now, you're left with a lot of 905 options. There's very limited 416 [options]. There's the odd inventory that you're able to sell, but all the new launches that you're seeing that have taken place [or] are about to take place are [in the] 905.

What I'm seeing now is...really strong price appreciation because the low-rise market that surrounds the GTA has increased so much in price [that] downtown is looking like value….What does downtown Toronto have that these communities don't?...It all comes down to public transportation, employment opportunities, convenience, lifestyle, tourism...Those elements, institution, those are the things that it really doesn't matter what market you're in. [It] doesn't matter what economic condition you're in...The value in the downtown core today has never been more apparent relative to the surrounding area and that doesn't mean that these surrounding areas aren't good locations that they're bad buys, no, that's not the case at all.

GTA-HOMES: What does PRIME offer that other sites don’t have?

JASON LAM:...PRIME has something across the street that I call the insurance policy. If you're an investor, there's nothing in 905 that has what we have in the sense where across the street you've got 47,000 students that have virtually no beds to stay on on campus. There's a huge international student population that are not from here and their parents pay for everything. You've got this opportunity of a regenerating rental pool automatically from day one the minute you sign the contract, the minute you close, you have this monstrous sense of a surety of this institution of Ryerson that's literally outside your door. There's not a single condominium project as an investment that will give you that. Now, you pair that up with being 10 minutes to Yonge Street, 10 minutes to two subway lines, 15 minutes to the Financial District, 15 minutes to the University Health Network, and so on and so forth.

Why would you buy anything else? The idea of buying a piece of real estate is casting the widest net so that you have the best control of your renter, highest yields, best [and] most qualified individual.

...The beautiful part is that the downtown east core has barely reached its potential. It's really just getting started, and that's Church, that's Jarvis, that's Sherbourne, that's Parliament. ...When you go West of Yonge you've got powerhouses in Bay street and University, and how often do you see sites on those streets? Never.

So everyone's going East. That's where the value is because the price certainly is not the same, but the distance to Yonge is the same - so follow the smart money.

GTA-HOMES: The new Ontario Line is just around the corner from this project - how does this add value to PRIME Condos?

JASON LAM: Well, think about it. How often do you get something of that magnitude? It's almost once in a lifetime. Tens of billions of dollars invested in this, and provided that this does take place, this is groundbreaking. This is game changing because this isn't just one stop. This is a full extension. It's a massive relief line that runs underground that gives people access to Church and Yonge, Queen and Yonge. But, more importantly, it gives us access from Jarvis to the rest of the city.

But, the funny thing about public transportation, and PRIME in particular, and this is going to be very ironic, is that the beauty about PRIME is that you may be ten minutes to two subways, three subway stations, but it's locations like PRIME where you don't even need the subway. Everything's walkable, everything's bikeable. So it's almost like a flex - like I have it but I don't really need it. And I think you're able to cater to such a massive demographic. Like I said - casting the widest net. So I think the Ontario Line is pivotal. I think it's going to change the fabric of downtown, especially to the east. It connects us to these communities that we're otherwise not connected to today, so that's just more opportunities now.

GTA-HOMES:When is PRIME going to be launching and how can someone get access?

JASON LAM: Two very easy questions I can answer. So you're gonna see PRIME enter the market in mid to late April, which is literally just around the corner. We're talking weeks. [To get priority access] you're going to contact Brigitte [and] David - the entire team at GTA-Homes to learn more, to educate yourself, to find out what the merits are for pre-construction, and why CentreCourt is sort of at the top of the industry, and why PRIME makes a lot of sense. Whether you're a first-time investor, a first-time homebuyer, seasoned investor, it doesn't matter - this is as good as it gets.