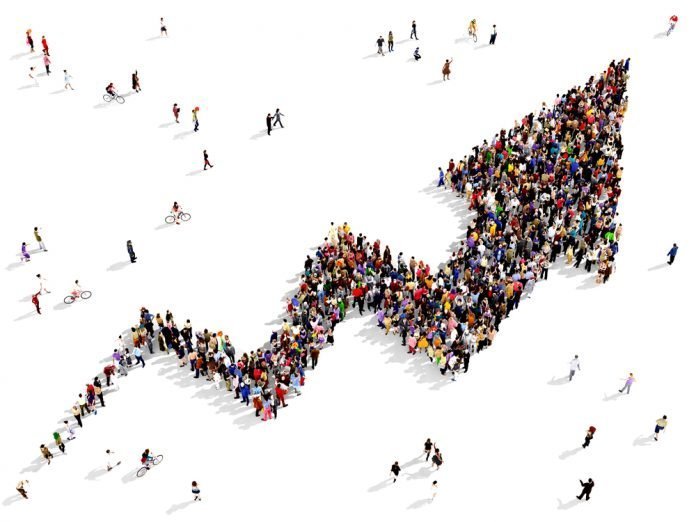 Over the next 22 years, the Greater Toronto Area (GTA) will continue to grow at a thrilling rate. By 2041 the population is expected to grow 40 per cent and density will rise dramatically from some 4,000 people per square kilometre to more than 7,700 by 2066. And this monumental growth isn’t just a future projection. It is happening right now. According to a study by Ryerson University’s Centre for Urban Research and Land Development, Toronto alone has the second fastest growing population compared to many metropolitan cities in the United States and Canada.

READ: Toronto is the Fastest Growing City in North America

For those who have been watching the GTA’s growth carefully know our biggest challenge is where to put everyone. Still, there is no question that the region has room to intensify. A 2018 Fraser Institute study showed Toronto’s overall density of 4,457 inhabitants per square kilometre is quite slim in comparison to New York City at 10,935 and Vancouver at 5,493. But, if we continue to compare Toronto to megacities, New York and Vancouver, Toronto and the GTA are not yet equally suited to increase in density--which is where Government Plans come into play.

The City of Toronto, for instance, has designated approximately 85 per cent of the city as small scale “residential”, while the province’s Places to Grow Act highlights not only downtown as its main urban growth area but has also proposed a plan to aim at growing above and beyond the city centres. The rationale is that areas where transit, parks and health services are already established are areas that can easily absorb the density anticipated for the region-- and developers are taking heed.

Based on this absorption theory, the areas that have all the right ingredients are in Toronto which explains why the city ranked #1 on the “Crane Index” last year. And now, according to condo research firm, Urbanation, The City of Toronto is no longer the only crane-city in the GTA. Q1-2019 reached another milestone as the number of new condos under construction throughout the Greater Toronto Area surpassed 70,000 units for the first time ever. So far, the GTA has 71,378 units under construction compared to 68,709 total units under construction a year ago.

With residential and commercial construction highly visible throughout the GTA, there are some who wonder if we need all the development we are building-- and the answer is yes, absolutely. Here is how government planners, along with condominium developers propose to coordinate a prolonged effort for the region's residents to live, work and play. 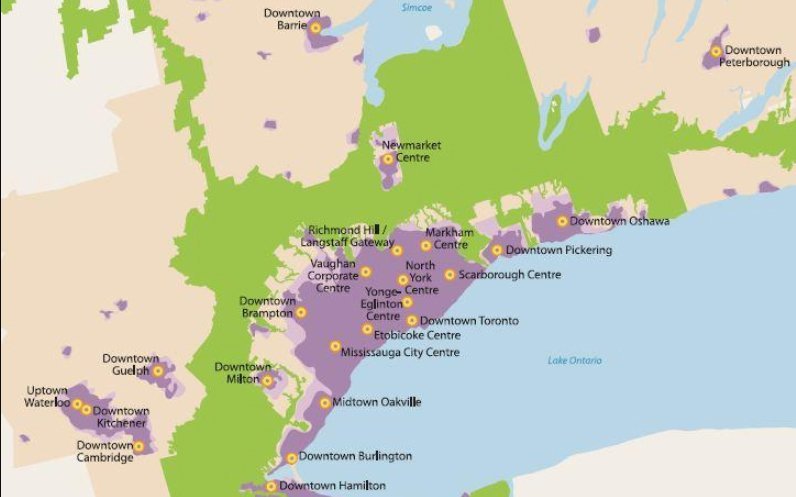 At its core, the Places to Grow Act is a commitment to accomplishing two development goals.
1. Sustain a robust economy.
2. Build thriving communities that use land, resources and existing infrastructure in a responsible and efficient way.

The strategy towards accomplishing these goals is to build walkable neighbourhoods that have superior access to public transit and local amenities. The Province of Ontario has been working closely with municipalities in these efforts, and the effects can already be felt.

The plan focuses on building a diverse range of housing options within the urban centres outlined in the plan. With this guideline, it’s up to the municipalities and developers to supply a spectrum of condos, apartments and town homes with a variety of unit sizes. This means that in addition to the sheer wealth of condos that are springing up, there are terrific opportunities for profit and equity growth as neighbourhoods surrounding condo projects work to increase the value of the property. 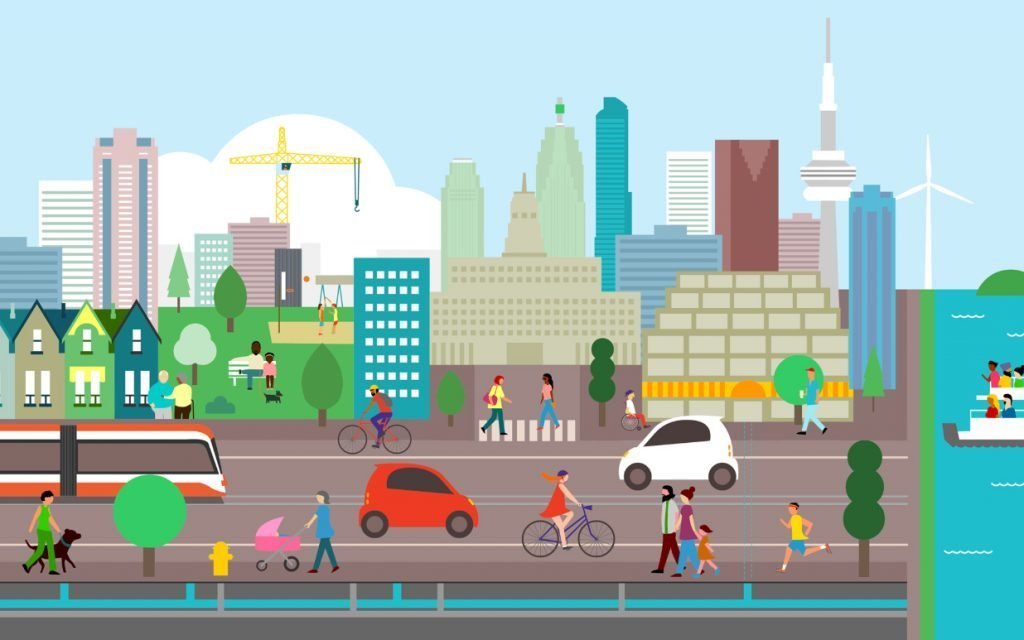 TOCore is an all-encompassing plan for downtown that was adopted by the city council on July 27, 2018. It’s a 25-year vision that has identified the downtown core with the borders of the rail corridor and the Rosedale Valley in the north, the Don River in the east, Lake Ontario in the south, and Bathurst Street in the west. There are different targets and objectives for the region, covering city building aspects such as cultural institutions, employment hubs, and of course residential communities.

The good news is that the downtown core will continue to be ripe for investment, which is particularly apparent in its residential and housing plans. The city council aims to make the downtown core a great place to live for a variety of households, including families. This is why they’ve decreed that 40% of units in new developments with 80 or more units must have 2 or more bedrooms. More specifically, the plan dictates that 15% of the units must be two-bedroom units sized at 936 square feet or more; 10% must be three-bedroom units sized at 1,076 square feet or more, and an additional 15% must be a mix of two-bedroom and three-bedroom units.

This new plan will create a better variety of units that are available to the city’s diverse and growing population. Two and three-bedroom units are ideal for attracting more families into the heart of the city, but they’re also a great fit for students and young professionals who are interested in living with roommates.

The new Downtown Plan also aims to increase the size of the Financial District, which will catalyze job growth and further cement Toronto as the economic centre of Canada. The new boundaries will not only expand down Front Street, stretching south along Queens Quay and extend to the Church corridor but it too will expand the number of lucrative jobs in the downtown core. It’ll be exciting to see how this change will attract more local investment into real estate and more. 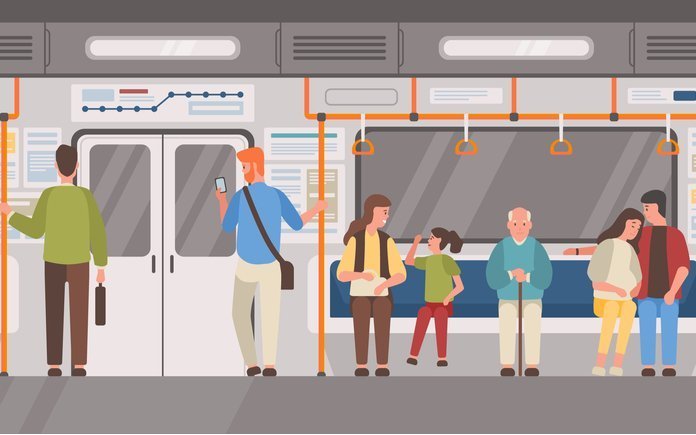 Now, what is “The Big Move”, you ask? On November 28, 2018, the Metrolinx Board of Directors voted unanimously to adopt this Regional Transportation Plan to transform transportation in the Greater Toronto and Hamilton Area (GTHA). For the very first time ever, transit is being developed in a way that connects GTHA as a single region. And over the next 25 years, this transportation project will amount to 2-billion provincial and regional dollars annually-- which is why it is being called the largest public transit expansion in half a century. Over its lifespan, this plan will not only help create thousands of new green and well-paid jobs but will also save billions of dollars in time, energy and other efficiencies. In the downtown core specifically, it is projected that the existing subway lines will have reached capacity by 2031. This is why it is imperative that new train lines be implemented throughout the GTA.

First up on the transit expansion list is The Relief Line South. This will be a subway line that’s designed to relieve congestion on the TTC’s Lines 1 and 2.

Next is SmartTrack’s plan to take advantage of the existing Metrolinx track that cuts across southern Toronto. It will create 6 new stations in Toronto-- providing access to much-needed pockets of the city like Liberty Village and the Junction. It will also create stations in the downtown core at Spadina and Front and East Harbour.

The Relief Line will serve East Harbour too, making it a critical new transit hub in the city. In addition to this, it will also be a major employment district that’s expected to bring 50,000 new jobs to the city.

And we can’t forget about Line 5 Eglinton, also known as the Eglinton Crosstown LRT currently under construction along Eglinton Avenue. Owned by Metrolinx and operated by the Toronto Transit Commission, this line is a semi-above and underground light rail train that will run between Mt. Dennis in North York and Kennedy Subway Station in Scarborough.

New transit systems have also been planned for Mississauga, Brampton, Stouffville, Stoney Creek, Downtown Milton, Georgetown, Bolton, Hamilton, Oshawa and the Waterloo Region. These impending transit lines will be concentrated around the designated urban growth centres as outlined in the 2017 Growth Plan.

As each government sector continues to make plans for the next 10, 30, and 50 years from now, one common thread being taken into consideration is the enormous rate in which the population will grow. So, if you are a first-time investor looking to get into the market or a seasoned investor looking to diversify your portfolio, consider real estate where infrastructure plans are in the works for the best return potential.

Connect with us today and we can help you find the right development for your portfolio by assessing future projections and real development value.