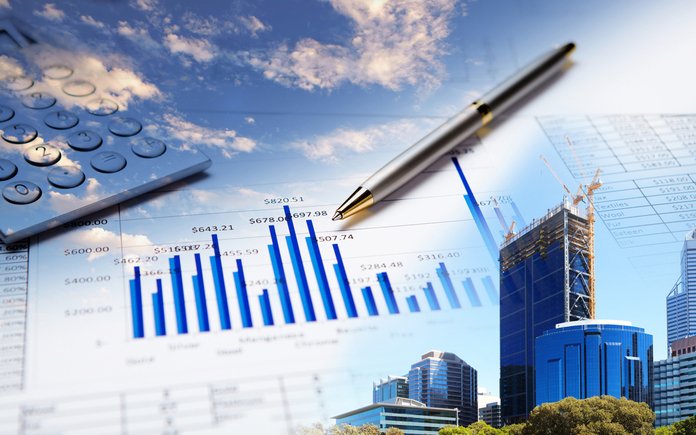 Based on Urbanation’s report for Q4 2021, here are some of the important statistics that every investor should know. The number of new condo sales in 2021 outweighed the number of new launches by over 4,000 units. This pushed unsold inventory down 26% year-over-year. As a result, pricing for unsold new condo units averaged $1,322 per square foot (psf) in Q4-2021, increasing 18% annually. This was the fastest-growing appreciation for new condo prices since 2018. A total of 92 projects and 26,835 units were launched for presale in 2021, which was the third-highest level behind 2017 (29,529 units) and 2011 (28,448 units). New launches were met with record demand as the absorption rate reached a high of 85% in 2021, surpassing the 10-year average of 66%. For the third straight year, the highest absorption rate for new launches was in the 905 region at 87% in 2021, which compared to an 84% absorption rate for new launches in the outer 416 municipalities, including Etobicoke, North York and Scarborough and 82% in the former City of Toronto. In the case of the outer 416, new launch absorptions rebounded dramatically after falling to a seven-year low of 50% in 2020.

Let’s examine some other key highlights from Urbanation’s Q4-2021 report that investors should consider as we enter the first half of 2022. 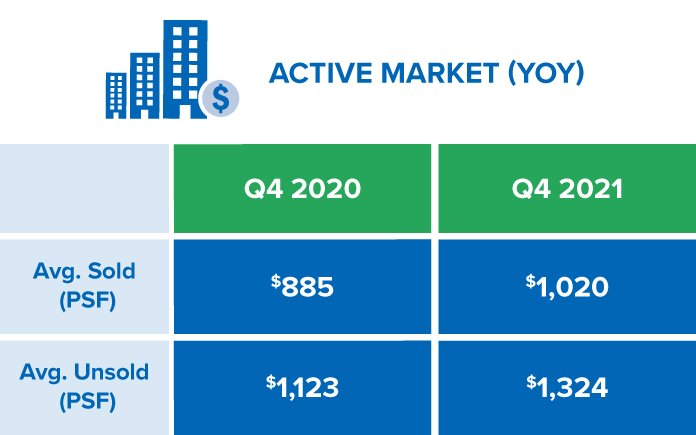 New condo launches in Q4-2021 opened at an average index price of $1,020 PSF compared to the average in Q4-2020 at $885 PSF. This is a year-over-year increase of 29% showing how strong the condo market has been throughout the year. While the average unsold index price in the GTA increased 18% year-over-year, reaching a record-high $1,324 PSF. These numbers are important as they show that this quarter had the fastest-growing prices since 2018. This means that condo prices are greatly increasing, showing no signs of slowing down anytime soon. 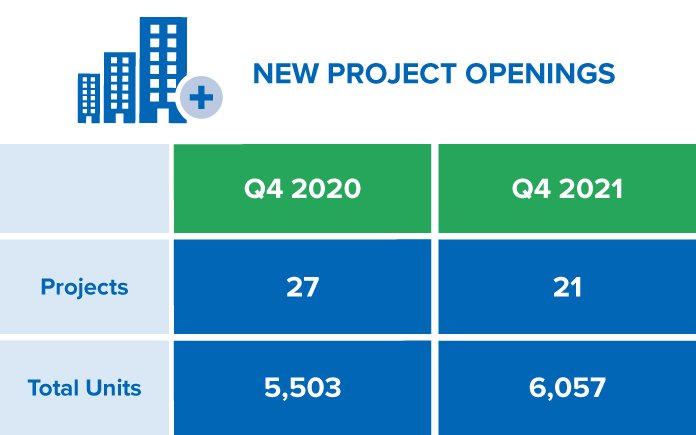 The number of new project openings fell slightly from 27 projects in Q4-2020 to 21 in Q4-2021. This could be attributed to the uncertainties of the pandemic during this quarter. However, new launches went up 10% year-over-year, and among the 6,057 units that launched for presale during Q4-2021, a 75% share was sold by quarter-end, compared to a 55% share for units that were launched and sold a year ago in Q4-2020. 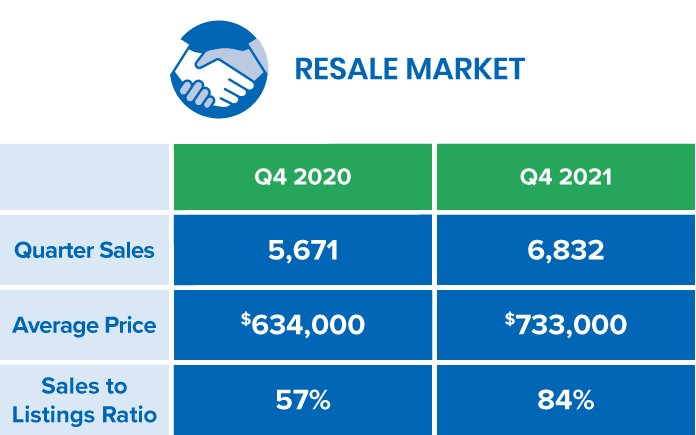 The resale condo market saw a record sales volume in 2021 at 29,880 units, up 49% annually. In addition, the quarter sales saw a 20% increase in Q4-2021 compared to the same period of the previous year, while the annual rate of resale price appreciation accelerated to 14.8%. These increases show a healthy market both in resale and new condominiums. 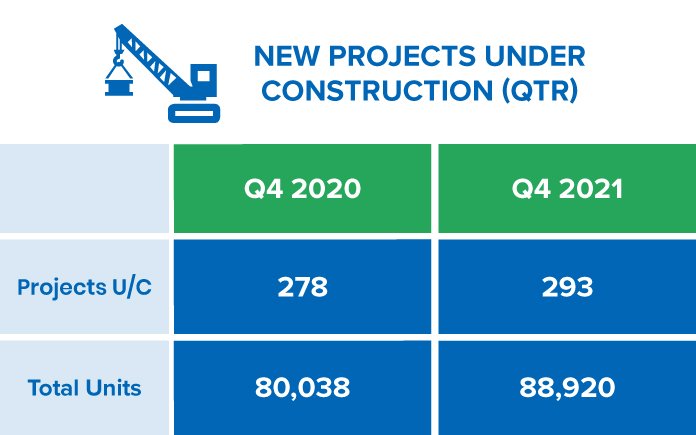 Condo projects under construction increased by 5.5% year-over-year, and the total units that began construction this quarter increased by 11%. This data shows a healthy market of condominiums that continue to be built despite lockdown measures. We can expect these numbers to continue to increase as restrictions from the pandemic begin to lift and more people return to work.

The GTA’s new condominium market maintained exceptional strength throughout 2021, especially during the second half of the year (Q3 and Q4), when a record-breaking 16,548 units were sold. The 30,825 total units sold in 2021 exceeded the 10-year average by 43%, with the 8,342 units sold in Q4-2021 also rising 43% above the 10-year average. Despite a relatively flat year in 2020 as the pandemic impacted most activity, 2021 was considered a record-breaking year in both new condominiums and the resale market. This could be attributed to the lower interest rates and the high demand for housing. As we look ahead for the rest of 2022, we can expect housing prices to increase as there continues to be this issue of low supply and high demand levels.

As an investor, it is important to think about how prices will inflate throughout the next few years, and as low-rise homes seem more out of reach, many will be looking at pre-construction condominiums to buy. This shift in demand means that prices for new condominiums will continue to increase, and it’s important for both seasoned and first-time investors to buy now while prices and interest rates are still stable. Looking for a pre-construction condominium now will allow you to make a safe and profitable investment for your future.

To learn more about how you can benefit from the pre-construction condo market, sign up for our Online Condo Investment Presentation. This is a free service that will teach you everything you need to know about condo investing. Register below.

The Upcoming U of T Medical School Breathes New Life Into...