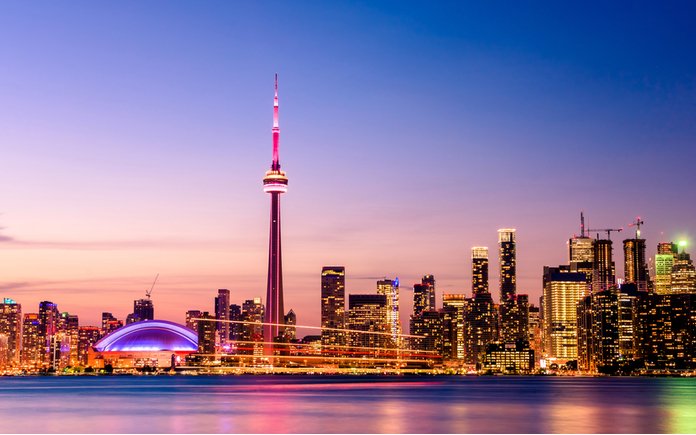 2020 was the year of unprecedented surprises, with the pandemic creating a record-breaking number of job losses around the globe. However, Toronto, in particular, grew exponentially during this time.

Toronto was named the fastest-growing high-tech city in North America, according to a CBRE report. The Tech-30 2021 report by real estate and investment firm CBRE Group explored the tech industry's impact on office space and ranked the 30 leading tech markets in the continent. 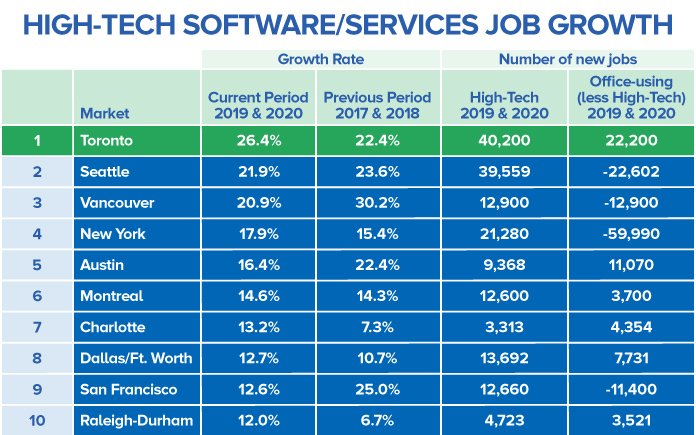 While COVID-19 lockdowns threatened and shut down small and medium businesses, high-tech giants were able to pivot and adjust quickly. As a result, by June 2021, over 219,000 jobs were created in North America with 40,200 new jobs in Toronto.

This impressive growth rate is due in large to the pandemic, which advanced high-tech businesses and individual use of technology propelling the “economy’s digital transformation”. This, combined with the “high-tech’s resiliency and integration with other industries”, helped rocket Toronto’s growth to a 26% increase, beating out all other cities in the continent. The annual CBRE report published just a year ago in 2020 ranked Toronto in sixth place.

Another driving force in this staggering growth trend is the Global Talent Stream – a program that makes it easier for Canadian employers to recruit highly skilled workers from other countries. This initiative was put forward in 2017 to help project Toronto’s high-tech sector, which seemed to have aided in this success. Although this program was met with some criticism, Canadians need not fret that their jobs are being taken.

In reality, Toronto sees over 25,000 students in STEM-related programs every year and over 290,000 people employed in tech-related jobs in the Toronto Region. Needless to say, there is high-tech employment available for everyone as it is a market that continues to gain momentum.

The progression of high-speed communications and industry-leading research has also helped make Toronto a global hub for tech and new media innovation. The city is already home to big high-tech conglomerates such as Amazon, Doordash, Google, Netflix, Shopify, Uber, and Tiktok. Plus, the city had seen substantial growth with the introduction of the ​​$135-million Vector Institute for Artificial Intelligence back in 2017. As the city continues to gain the attention of investors and innovative companies, we can expect it to house many new tech offices within the coming years.

Toronto is already Canada’s business capital and one of the most coveted cities in the country. According to Business Insider, Toronto is the 9th most high-tech city in the world, while San Francisco holds the number one spot. So naturally, as Toronto’s technology sector expands, we can expect it to move higher up the ranks, becoming the “New Silicon Valley”.

As we have seen with some of the biggest cities in the world, when there are employment opportunities, there is a demand for real estate. In addition to ranking Toronto’s tech growth, the CBRE report also found that Toronto had the highest growth in office space. Meaning Toronto will only continue to increase in livability and investment potential, further driving the lucrative real estate market and, in turn, the economy. 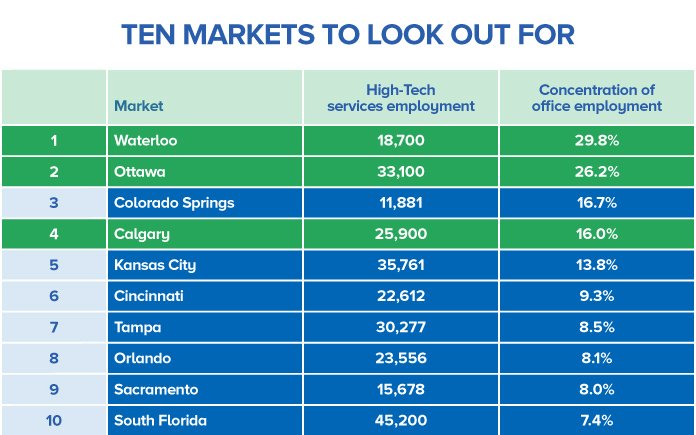 However, Toronto is not the only city to keep an eye on. This same report named two other Canadian cities in the top 10 growing markets. This includes Vancouver, which came in third place, and Montreal in sixth place, both creating over 12,000 new jobs from 2019-2020.

The report also reveals the top 10 markets to watch out for, with three Canadian cities rounding out the top 10. Waterloo placed at the top of the list, followed by Ottawa in second and Calgary in fourth place. These cities are heating up with high-tech job growth and should not be overlooked when looking for a new place to invest in.