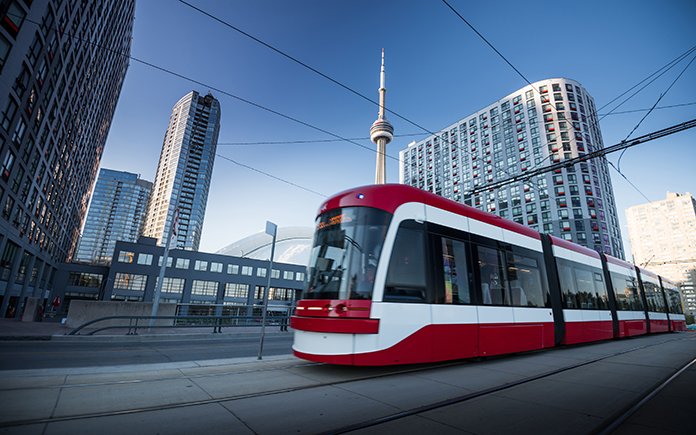 The federal Liberal government recently announced that it will be providing close to $15 billion in funding towards new public transit projects across Canada over the next eight years.

The focus of this initiative is to provide cash-strapped cities with billions of dollars in funding to support their public transit systems.

Although most of the funding won’t be distributed until late in the decade, this commitment by Trudeau’s government will help Canada’s largest cities make ends meet as a result of the ongoing COVID-19 pandemic.

“They will also be used to meet the growing demand for walkways and paths for cycling and help rural and remote communities deliver projects to meet their mobility challenges.”

Statistics Canada data released in mid-2020 showed that transit ridership across Canada’s subways, trains and buses declined by nearly 75% during the pandemic compared to June 2019.

On a year-over-year basis, the number of transit passengers in June dropped 74.6% to 37.9 million passenger trips. This decline resulted in total operating revenues of urban transit agencies dropping 77% to $75.6 million in June 2020.

The federal government said there will be about $6 billion provided to municipalities immediately for projects that are ready to start, while the rest will go into a $3 billion per year fund that can be accessed by municipalities on a project-by-project basis beginning 2026-2027.

The challenge lies ahead for local municipal leaders as the pandemic has altered the needs of communities as more people are working from home, which may impact the need to commute into the office.

Trudeau has acknowledged these concerns, but highlights the importance of public transit in not only the fight against climate change, but also as a necessity towards creating vibrant communities that are able to create economic growth for decades to come.

“Yes, there will be more working from home, but people will still want to be getting around and there may actually be less need for certain single-occupant vehicles, and more use of better quality, cleaner, and safer public transit.”

The federal government has emphasized that “This [commitment] provides cities and communities the predictable transit funding they need to plan for the future, and is part of our plan to create one million jobs, fight climate change, and rebuild a more sustainable and resilient economy.”

Local municipal leaders saw this announcement as good news with Toronto Mayor John Tory noting, “Over the coming days and weeks, we expect that the details of this commitment will show the tremendous impact on Toronto transit that will be achieved with this investment.”

“I am confident that Toronto will receive its fair share of funding from this initiative and that it will make a significant contribution to our economic recovery in the wake of COVID-19. Our share of this investment will mean transit expansion, transit vehicles and other system upgrades, jobs and a greener city.”

In addition, Markham Mayor Frank Scarpitti commented, “This is a positive sign for the Yonge North Subway Extension, York Region’s top transit infrastructure project. It is one of the most studied and justified transit projects in the country and we cannot wait any longer to get shovels in the ground. By earmarking these infrastructure dollars, the federal government is confirming its commitment to making public transit investment a high priority.” 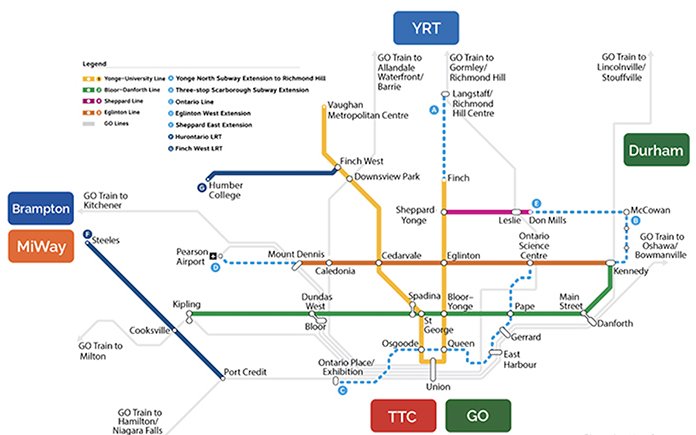 Last week Ontario’s Transportation Minister Caroline Mulroney announced that Ontario chose five priority projects that the federal government would fund. Four of the projects are located in Toronto, which is part of Premier Doug Ford’s transit expansion plan back in April 2019. The four projects are:

And in addition to the four above, Mulroney highlighted the light-rail transit line in Hamilton as Ontario’s fifth priority project to receive federal funding.

What’s interesting is that the Ontario government initially cancelled the project back in December 2019 after previously committing $1 billion towards building the transit line. However, there is renewed support for the project, although it may be a shorter line than the City of Hamilton and Ontario had initially planned. 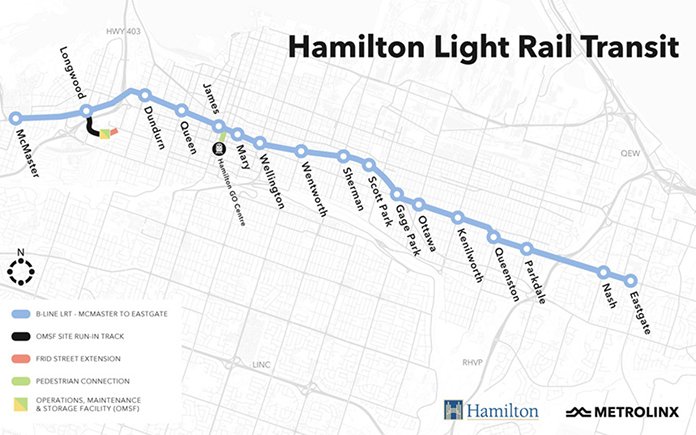 The federal government’s news release indicated that “Since 2015, the Government of Canada has spent over $13 billion in more than 1,300 public transit projects across Canada. These investments have helped build more than 240 kilometres of new public transit subway and light rail line, purchase over 300 zero-emission buses, and create almost 500 kilometres of active transportation trails, bike and pedestrian lanes, and recreational paths.”

“Through the Investing in Canada Plan, the Government of Canada is already investing $28.7 billion to support public transit projects, including $5 billion available for investment through the Canada Infrastructure Bank.”

The investment in transit will have a direct positive impact on Toronto and the GTA as a whole as it is widely seen as creating jobs, shortening commute times, and even lowering emission levels as part of the overall effort to build a more livable and competitive Canadian economy.

As Canada continues to open its borders and expand the economy through a strong commitment to immigration and overall population growth, the need for transit will be greater than ever.

Both academic and professional literature have shown that investment in transit positively impacts property values through appreciation rates, particularly when there are efficient and reliable transit services that are near new and existing residential communities.

While the pandemic has seen a shift in more people moving to the suburbs and working from home, the fact remains that transit will become a key issue as the economy begins to open up again. A return of immigrants back into the GTA will see increased demand for transit within Toronto and surrounding areas.

In fact, the most recent 2020 Liveability Report by RE/MAX Canada revealed that over 53% of Ontarians prefer to see more public transit options available. This demand will only intensify once our immigration levels resume again.

For condo investors, this government announcement is great news as we enter 2021 with positive momentum against the pandemic with vaccinations taking place and strong demand for new condo projects across the GTHA.

As Toronto Offices Reopen, Professionals Who Moved Out of the City Are Making Their Way Back