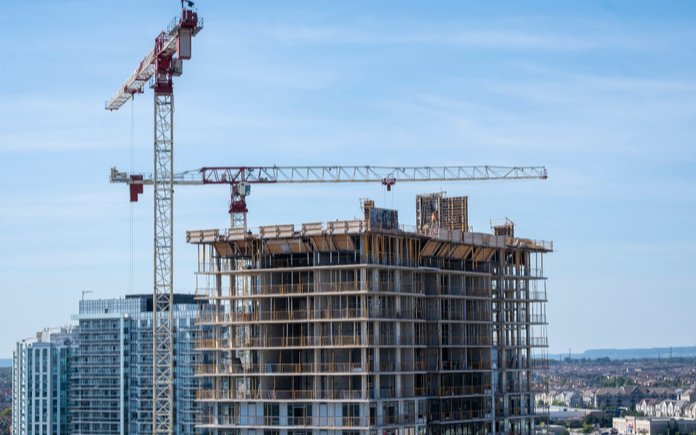 The cost of buying a home in Ontario has become more unaffordable than ever before, having nearly tripled over the last decade. The housing task force details in a report that the solution is to build 1.5 million homes over the next ten years and reduce approval times to help bring down the cost of homes.

Average price for a house across Ontario

Average price for a house across Ontario Over 10 Years

Ontario and the GTA are experiencing unprecedented growth. However, a 2022 Scotiabank study comparing G7 countries found that two-thirds of Canada's housing shortage is in Ontario. This means the province is 1.2 million homes short of the G7 average. As Ontario grows and attracts new residents, the region expects to house 2.27 million people by 2031. In order to support this growth, we need about 1.5 million new homes. But how are we going to get there?

With elections right around the corner, the Ford Government is taking immediate action to help combat the housing crisis, a pressing issue for many Canadians. The government called on the housing task force to develop a report; while consulting with municipalities, municipal affairs and the general public to find a solution.

The demand for housing (at an all-time high) needs to match the supply, but this can be difficult as building a home in the province can be lengthy. Ford's reforms could be implemented before the June 2 election and would help build homes faster while reducing building costs.

A 2020 survey on development approval periods shows that it takes between 20 - 24 months for projects to be approved. This timeline does not include building permits, which take about two years for a condominium in Toronto. Plus, the study reveals that it can take five to ten years for undeveloped land to be designated for housing. Resulting in increasing housing costs directly affecting homebuyers and renters.

The report's Recommendations 3 - 31 offer solutions to speed up the approval process. Some of these reforms include allowing more housing without municipal approval and setting consistent provincial standards for urban designs without requiring permission for design matters such as materials, colours and textures. Recommendations also include depoliticizing the process and cutting bureaucratic red tape.

Building new homes has become rather political, with residents and local councillors creating an alliance that drains the approval process. With councillors dependent on votes, they try their best to please locals while being heavily influenced by public opinion. Depoliticizing the process will help take the responsibility from councillors, making approvals and building homes that much faster.

Another recommendation would see legislation for approval timelines. For example, the project gets an automatic go-ahead if the municipality misses the deadline. Of course, we can expect major pushback from residents who don't want to see a massive construction site in their backyard. However, in turn, buyers and investors can anticipate affordable housing prices.

Land scarcity is not an issue in Ontario. There is enough land in the province; however, many exclusionary zoning laws restrict building. Reforming some of these zoning laws will significantly increase housing availability. For instance, about 70% of land zoned for housing in Toronto is restricted to single-detached or semi-detached homes. Removing these restrictions will allow high-density communities with condos, retail, office, and mixed-uses to be constructed in otherwise unpermitted areas.

Doug Ford's reforms aim to 'cool down' the market while providing more affordable housing opportunities for Ontarians. Whether the province will be able to build 1.5 million homes over the next decade is another story. To put things into perspective, Ontario currently builds approximately 70,000 homes per year – 30,000 short of what is required.

Regardless, Ontario will continue to be highly sought-after, and real estate is one of the soundest investments you can make.

At GTA-Homes, we know purchasing real estate can be a big decision. We want you to be informed and educated on the real estate market before you enter it. For this reason, we offer our free Online Condo Investment Presentation so you can feel confident when the time is right. Register with us today!

How Is Ontario Addressing Affordability?