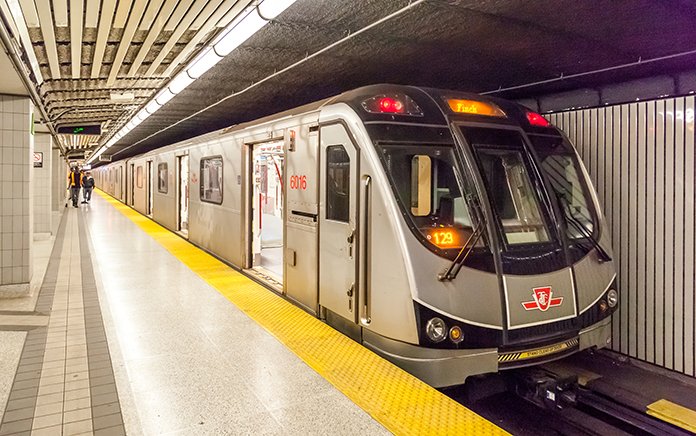 Today the federal government announced its plan to invest over $12 billion to help Ontario fund its four major transit routes in Toronto and Hamilton.

Prime Minister Justin Trudeau called the agreement “historic” and said the funds will go directly to the four subway projects in the Greater Toronto Area and one rapid-transit project in Hamilton.

“If you live in the GTHA, even if you’re working from home right now, I don’t have to tell you what traffic is like. After a busy day of work, you want to spend time with your family, not hours commuting,” Trudeau said.

The announcement is truly historic as it will provide the necessary infrastructure and support to create more accessible communities and better access to jobs for all residents across the GTA.

Trudeau said that the Ontario Line project in Toronto will provide rapid transit from Exhibition Place, going through Toronto’s downtown, all the way to the Ontario Science Centre.

“Anyone can tell you in Toronto that the subway is way too busy. Sometimes in rush hour, people have to wait for two or three trains to go by before they can even go on,” Trudeau added.

“This major investment will not only deal with that but also create thousands of good jobs and get gridlock traffic off the roads.”

The second major transit project is the Eglinton Crosstown West Extension, which is going to provide a continuous rapid transit line along Eglinton Avenue between Scarborough and Mississauga.

“If you live in the north of the city, this means cutting your commute by almost a half an hour,” Trudeau said.

“For people in Scarborough who currently don’t have good transit options, this investment will mean three more stops along Line 2.”

Another transit funding commitment is going to Hamilton, which will provide a rapid-transit line that will go from McMaster University, through the downtown, to Eastgate Centennial Park located in Stoney Creek.

For the GTHA, this news shows a strong commitment by both the federal and provincial governments to build on Toronto’s transit connectivity.

Toronto Mayor John Tory called the announcement critical to the city’s future and access to jobs. “It ensures that we are supporting economic recovery post-pandemic, will help create a greener future and represents a substantial contribution to equitable access to our city, jobs, education and much more.”

“This transit funding will be vital in ensuring that Toronto – Canada’s economic engine – will come out of this pandemic stronger and ready to thrive and prosper."

Condo investors should feel even more confident with this latest announcement because this strong commitment towards infrastructure projects like the Ontario Line are going to offer the much needed help to build our growing economy. Many condo projects are being built next to these major transit projects, which as we know provide stronger appreciation rates up to 30% more than developments further away from transit.

We already know that the GTA is going to see a major influx of new residents once the current lockdowns are lifted and immigrants start returning to the city. With a projected population growth of 9.7 million in the GTA and over 1 million jobs by 2041, the GTA is set to become a prime location for condo investments.

As Toronto Offices Reopen, Professionals Who Moved Out of the City Are Making Their Way Back