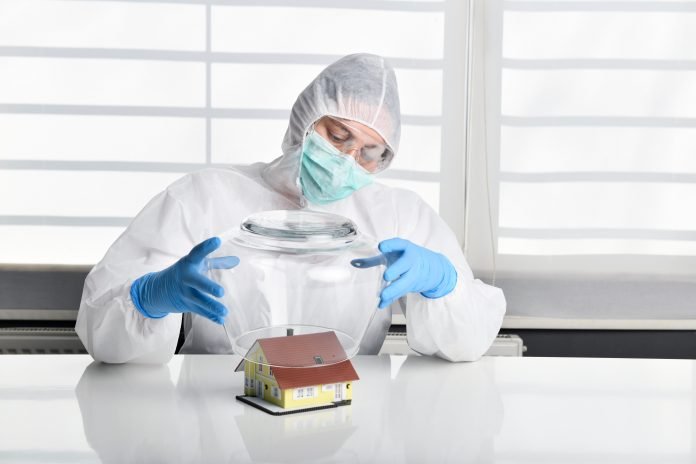 There is no denying that the COVID-19 pandemic continues to put a damper on sales within the GTA housing market. But, before we jump into the specifics, let’s first take a look back at how it all began.

The current outbreak, spanning the entire globe, first began in December 2019 in Wuhan, China. In fact, on December 30, 2019, Doctor Li Wenliang, who eventually contracted coronavirus and died, as a result, sent a message to a group of fellow doctors warning them about a possible outbreak of an illness that resembled Severe Acute Respiratory Syndrome (SARS) in Wuhan.

The date of symptom onset for the first case of COVID-19 reported in Canada appeared on January 15, 2020. Additional cases occurred gradually from January to late February, and these early cases were among travellers returning to Canada from countries where outbreaks of COVID-19 were already happening. The number of cases increased sharply in March as the virus began to spread from one person to another throughout Canadian communities.

Ontario first commenced “shut down mode” on March 23, 2020 when Premier Doug Ford announced that all non-essential businesses would be closed as a result of a spike in coronavirus cases.

Condition of Housing Market Before Shut Down

Within the GTA, the housing market was doing quite well in March 2020 before the shut down became official. In terms of sales volume, there were over 8,000 homes sold in March 2020, which represents a 12.3% increase from 2019. Also, the average resale price was $902,680 in March 2020, representing a 14.5% increase from 2019. In fact, there was a 104% increase in the average sale price to listing price ratio within the 416 area code. The average resale price for condominiums was $712,746 within the 416 area code. The overall March sales statistics were directly driven by activity in the first two weeks of March prior to the shutdown.

In terms of the pre-construction industry, prior to the shutdown, there were a total of 4,665 new condos sold in February 2020, which represents a 211% increase in sales compared to 2019 and the second strongest February in over 40 years for new condo sales (after 2017). Additionally, the benchmark price for pre-construction high-rise condos increased by 21% in February 2020 to $961,000 compared to 2019.

While sales and price data were strong prior to the shutdown, many professionals within the housing industry began expressing concern over the unfortunate events brought upon us by COVID-19. While a decrease in sales activity is understandable in a crisis like this, many fearmongers began to surface, making panicking claims about the economic doom and gloom coming to the entire world. To put these alarmist concerns at bay, we only need to reflect on a simple truism that tells us similar past events may be used as guiding principles to predict future events. While no economist or real estate guru can tell you beyond a reasonable doubt what the market is going to do tomorrow, there are patterns from history that can be cause for reflection.

For example, let’s look at the infamous SARS outbreak that plagued the world back in 2003. During the peak of the SARS outbreak, Toronto’s real estate industry experienced a decline in home sales by approximately 10% compared to the previous year. Ironically, however, while house prices did experience a decline compared to the previous year’s growth, what we saw was that house prices still continued to increase by approximately 6% annually throughout the entire SARS outbreak. This tells us that while momentary dips do occur within the real estate industry, the Toronto housing market maintains its resilience during troubling times.

Additionally, the events that unfolded within the Toronto real estate market during the most recent global recession of 2008 provide gleaning insight into what we might expect with the current COVID-19 pandemic. While we witnessed the collapse of housing markets across the border, including states such as Florida and California which had one of the highest foreclosure rates, Toronto was surprisingly able to stay afloat. According to the Toronto Real Estate Board (TREB), while GTA sales were down 35% and home prices declined 13% when the recession “officially” started in October 2008 compared to the same period in 2007, the effects on the Toronto housing market were minimal. Even when we look at December of 2008 when median GTA home prices fully collapsed to $300,200 from its high of $377,000 in October 2008, the reality is that the market made a complete v-shape path upward in January 2009 where home prices climbed sharply back up to $365,000. The resilience of the GTA housing market is pronounced as we witnessed home prices climb further up to $445,000 toward the end of 2009.

What We’ve Learned From History

So, what lessons can be gleaned from these historic crisis? The first and foremost lesson is that reacting to market conditions through panic and fear are never good strategies to manage your investment portfolio. If historical data is a good predictor of future events, then we can reasonably understand from events such as SARS and the 2008 recession that while market dips do occur, they also recover quite well with magnificent resilience. Toronto is a notable example where the real estate market shook off the effects of the previous recession and was able to return to more stable market fundamentals around consistent long term growth. Many job sectors within finance, technology, real estate, and other professional services actually experienced net job growth throughout the former recession.

It would not be foolhardy to assume something similar will occur in our present time with the COVID-19 crisis. While most real estate analysts project a slower pace in sales for 2020, home prices are still expected to remain relatively stable throughout the year.

Projected Growth for the GTA

Growth is not expected to decline anytime soon within the GTA, which prior to this pandemic and long after it is gone, is going to continue to see a strong flow of immigration. Canada's low currency will attract more foreign buyers to Toronto, which is Canada’s largest economic hub that contributes approximately 20% towards our national GDP.

In fact, according to the Growth Plan for the Greater Golden Horseshoe (GGH), because of housing shortages, there will be a need for 900,000 newly built homes over the next 20 years. Under the Growth Plan, the Greater Toronto and Hamilton Area (GTAH) is expected to see population growth to reach 10.1 million and employment growth to reach 4.8 million by 2041. These growth targets established by the Province of Ontario are not temporary plans that will suddenly disappear within a year or two because of COVID-19. The GTAH has aggressive growth projections and is still planning on meeting its targets because we still need to build more homes to meet demand as a result of existing housing shortages. It is important to remember that this isn’t the first pandemic and neither will it be our last, but making investment decisions within crisis requires tact and resolve to avoid making hasty decisions that could hurt your portfolio in the long run.

According to the Building Industry and Land Development Association, the GTA will need 50,000 new units built annually to meet projected demand, but only about 30,000 to 35,000 are being built on average. Also, a recent study by Nobul revealed that first-time homebuyers account for approximately 68% of surveyed Millennials looking to buy a home within the next two years. Also, Millennials in the GTA will be buying over 500,000 homes over the next 10 years. These statistics give us a glimpse reflecting the fundamentals of supply and demand that will never go away within the GTA until we have a healthy inventory of homes to accommodate our growing population.

Across Canada, immigration is expected to contribute an average of 1.9% to Canadian GDP annually over the next few decades. However, without immigration over the next 20 years, Canada’s economic growth would drop to an average of 1.3% annually. Population growth will continue as Canada has accepted approximately 300,000 immigrants in 2019 in order to attract people with the right skills, and this number is expected to increase to 350,000 people per year by 2021. Immigrants are estimated to purchase about 21% of homes and will have purchased over 680,000 homes over the next five years. Also, roughly 120,000 immigrants, representing almost 50% of immigration to Canada, reside within the GTA. The projected influx of new residents immigrating to the Toronto area will create further pent up demand for housing within the GTA.

In terms of our technology job sector, the federal government permanently adopted the Global Talent Stream (GTS), which is a program that makes it easier for Canadian employers to recruit highly-skilled workers from abroad. In fact, the Global Talent Stream is expected to boost Canada’s high-tech sector that will require 216,000 workers by 2021. And, according to CBRE’s 2019 Scoring Tech Talent report, Toronto is considered North America's No. 3 market for tech talent.

The reality is that although the COVID-19 pandemic has temporarily halted the Canadian economy by forcing workplaces to remain closed, this crisis has made Canadians more adaptable as we’re seeing a large number of organizations adopting work-from-home protocols that have essentially digitized the working world. Organizations are relying more on digital communications through video meetings, while consumers are relying on online shopping to make ordinary purchases using services such as Instacart, Amazon, Uber and Shopify for their delivery solutions.

It isn’t surprising that everything is on hold right now, including construction activity that came to a halt for the pre-construction industry, because our health and safety are of paramount importance. And, although the March 2020 monthly report from the Toronto Regional Real Estate Board (TRREB) shows continued housing growth in the GTA, there were declines in the second half of March with only 3,369 sales, representing a 15.9% drop compared to last year. Additionally, statistics released recently by the Canadian Real Estate Association (CREA) show that GTA home sales were down by 20.8% between February and March 2020.

Why This is The Best Time to Invest

If you were thinking of investing, but haven’t done so because of COVID-19, then now is the time to do so because condo prices have not spiked recently due to lack of competition making this a clear buyers market. The good news for investors within the pre-construction condo market is that while there is no expectation for condo prices to retract, prices are expected to remain stable for current inventory. In fact, many developers are now offering incentives for buyers such as free lockers, ability to purchase parking spaces that were not available prior to the pandemic, and some developers are even offering extensions on deposits for up to two years.

Consequently, the disadvantage of waiting until this pandemic clears is that pre-construction condo prices will likely see a spike because of pent up demand due to the market shut down during the pandemic. Typically, developers are not in the business of selling at a loss, especially because of current market conditions where there is low inventory that would not justify or necessitate price reductions.

Once consumer confidence returns, there will likely be greater demand and more competition, which will also cause prices to increase due to rising construction costs as a result of the pandemic.

The message for investors is that if you were on the fence about buying a pre-construction condo, then now might be the right time as there is reduced competition. A smart investor would heed the words of Warren Buffett who once said be “fearful when others are greedy and greedy when others are fearful.” This message was more of a contrarian view of the stock market, but can be directly applied to the housing market where one should take hold of an opportunity when everyone is fearful because this is usually the time when you will be able to secure the best price for a particular asset. For the real estate industry, current conditions signal an opportune moment to invest at a time when everyone else is fearful.