Take up residence at a luxurious, new Richmond Hill condo and become part of a vibrant, walkable community that caters to commuters with its plentiful public transportation options. Nahid on Yonge Condos is a mixed-use retail and residential development by Options Development in Richmond Hill.

This new project is located at 9861 Yonge Street just south of Major Mackenzie Drive East in the Richmond Hill neighbourhood of Yongehurst.

From its position set along a busy avenue, this development is placed close to retail outlets as well as the town’s historic central core. Unique for a city this far north of Toronto, this area’s immense walkability makes for a key selling point of this property. And, considering the surrounding area’s upgraded VIVA express bus routes and nearby GO train station, this condo also makes for an excellent choice for commuters and active urban dwellers. 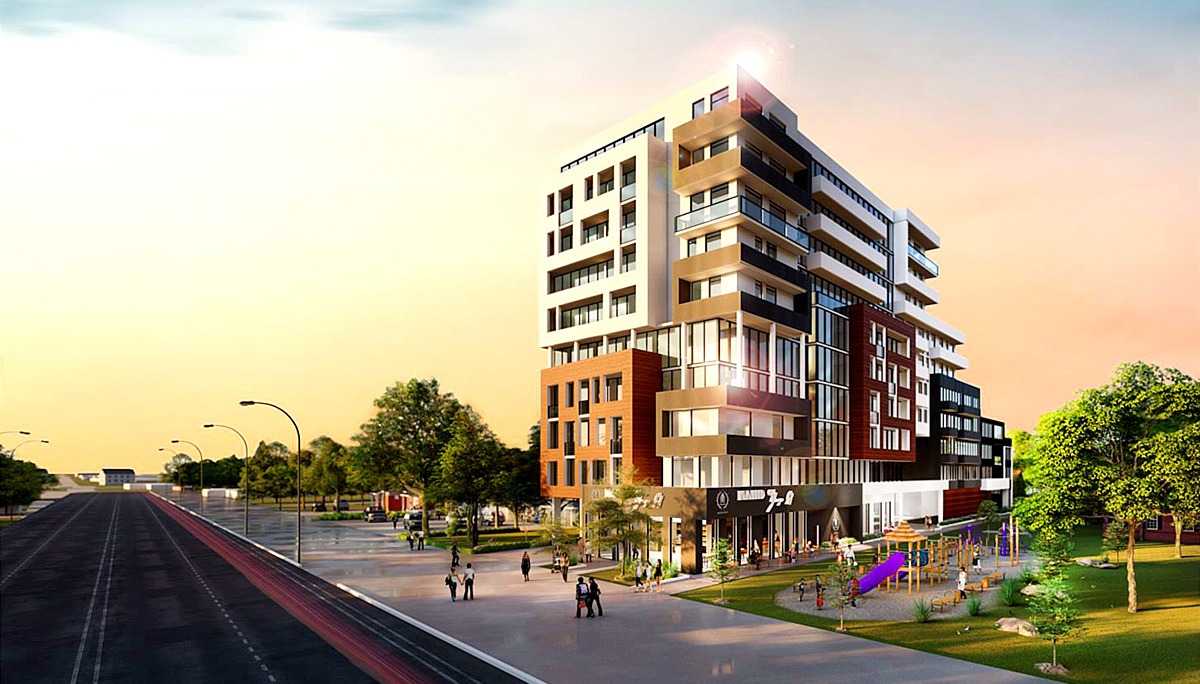 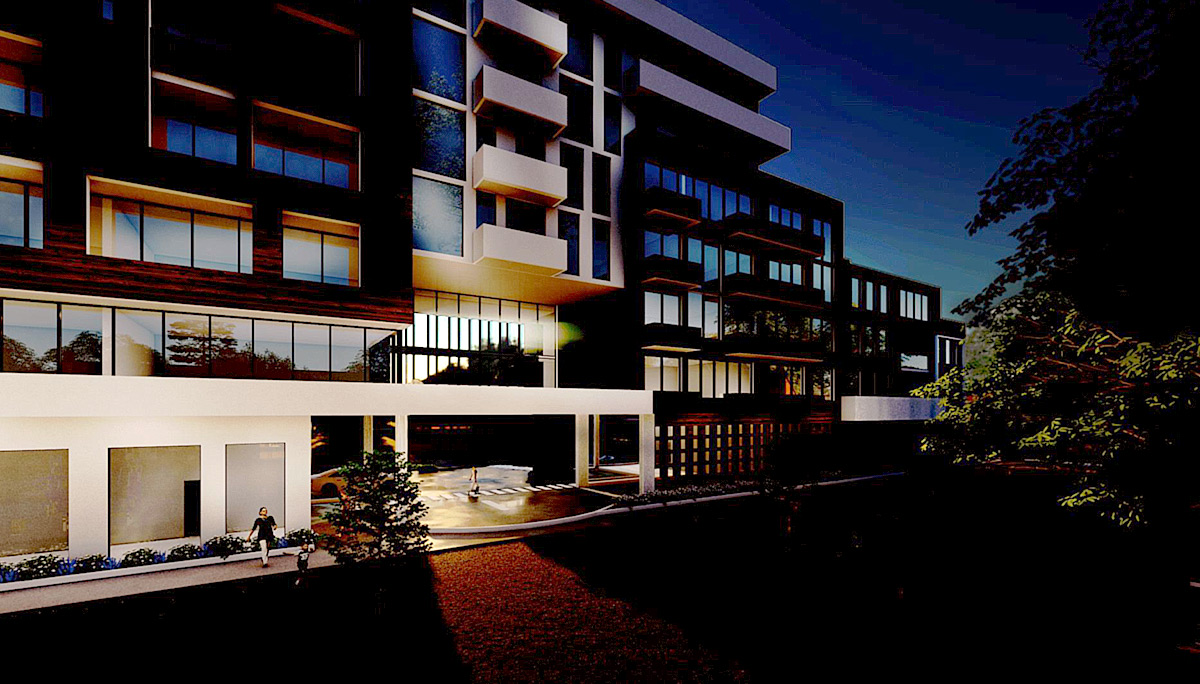 This development is being planned as a mixed-use 8-storey residential condominium that features ground-related retail floor space placed along Yonge Street.

The proposed development will contain 82 residential units and 97 parking spaces. It is proposed to have a Floor Space Index (FSI) of 3.46.

Plans also describe a five-storey commercial building to be built on the same site as well as four townhome units.

Be sure to register with GTA-Homes today to receive all the latest updates on this exciting new real estate investment opportunity. 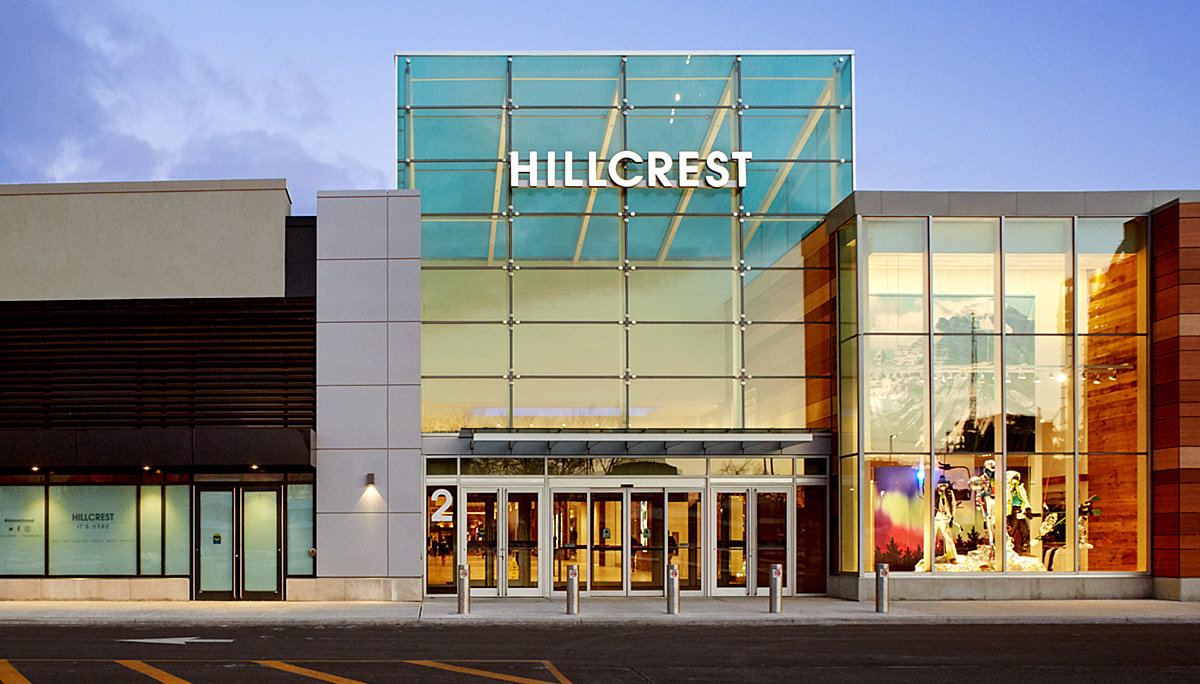 Once named “Canada’s fastest growing community,” Richmond Hill looks to win back its former glory as a development hub not with sheer numbers, but with a balanced approach that supplants quantity with quality.

With a public transportation infrastructure initiative that has seen the city make multiple municipal improvements along Yonge Street that include road widening and burying overhead wires, Richmond Hill has slowly built up a bustling city centre that is made for walking — all within close proximity of this condo.

A wide variety of retail outlets can be found up and down the street outside the front door of the development. Here, residents have quick access to supermarkets like T&T, drugstores, coffee shops, many bars and restaurants, a number of doctor and dentist offices as well as lots of local commercial businesses.

As well, 15 minutes to the south of the development, residents can access Hillcrest Mall, a popular local mall. Conversely, a 15 minute walk to the north brings residents to the city’s historic downtown core, home to the Richmond Hill Centre for the Performing Arts and the Richmond Hill Heritage Centre.

As testament to this neighbourhood’s convenience for completing errands, this address has received a respectable Walk Score of 79.

And, considering residents at Nahid On Yonge can reach a nearby GO station in just 15 minutes by foot as well as easily access VIVA Blue, the YRT’s busiest express line, this neighbourhood is simply superb when it comes to transit.