This new project is a collection of new condominium stacked townhouse development. It is located at 370 Red Maple Road in Richmond Hill. SigNature Communities is behind this project that will add to the the urban fabric streetscape of this bustling community. USOCIAL Townhomes occupancy date is expected for December 2018.

The proposed community will have approximately 106 units consisting of three story townhomes as well as stacked town suites. There are seven different models that are being planned by the developer. The townhomes will approximately offer 1065-sq-ft., to 1,700-sq-ft., in size with two, three and four bedroom layout options. 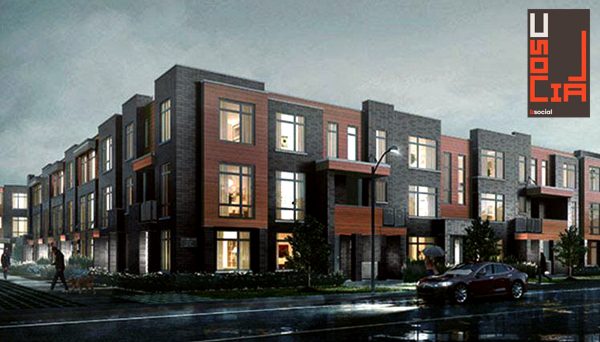 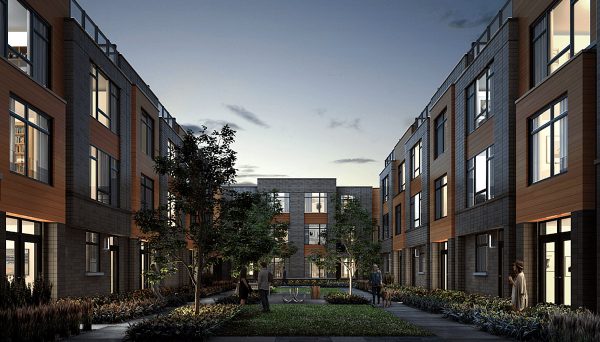 Each town is expected to feature 9’ foot ceilings, including spacious rooftop terraces as well as a communal courtyard. Parking for the townhomes is proposed at grade level, in addition to an underground portion supplying a total of 176 parking spaces. One parking is included with the privilege to purchase a second parking stall, if desired.

USocial Towns will stand tall in the charming Richmond Hill area. This development will include magnificently designed units, that will be visually appealing, adding to the landscape of this neighbourhood. It will consist of minimal aesthetics but with complex detail, making it unlike any other.

Each townhouse plays off a very geometric shape and includes present day lustrousness. Each dwelling will be accompanied by laminate wood flooring throughout except all tiled areas. First-rate quality oak stairs will be installed, the kitchen will include extended height cabinets, quartz or granite countertop and stainless steel appliances, as well as an undermount sink with single lever faucet with integrated pull-out spray. Bathrooms will feature, a porcelain sink, contemporary vanity cabinets, quartz or granite counters, choice or ceramic or porcelain floor tiles, with a ceramic tub surround and a full sized stacked washer/dryer. 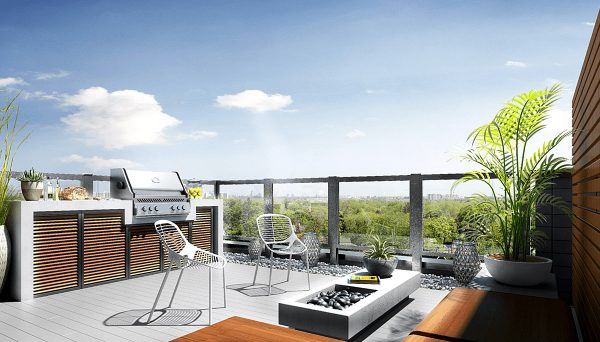 The GO train ride to Toronto’s Union station takes approximately 40 minutes. There are Richmond Hill motorists can easily access north-south corridors by using, Bayview Avenue, Yonge Street and Bathurst Street. For commuters looking for a quicker route into Toronto, they can use Highway 404, which can be accessed from the east end of city.

As Richmond Hill continues to grow over time, its citizens believe it’s best attraction is its location, since its close to countless amenities, such as schools, parks and open spaces, shops, restaurants, cafes, professional services, Hillcrest Mall and much more. A sense of safety and the well maintained infrastructure, makes it all that much more appealing. It is a welcoming city which radiates vibrancy and community spirit. Where one can generate a strong sense of belonging. It’s about time you purchase or invest in your future. Make USocial Towns your new social place to be.

For over 30 years, SigNature Communities has been behind a few large scale initiatives throughout Canada, the United States, and the Caribbean. SigNature is devoted to developing communities that recognizes the environmental impact that construction can impose, as a result their projects are greener, more efficient, and less destructive to the earth. With their eco-friendly approach, their reputation is synonymous with innovative techniques in sustainable technology. A minimal carbon footprint means a healthier community. Their SigNature is Unique. Bold. Eco Friendly. 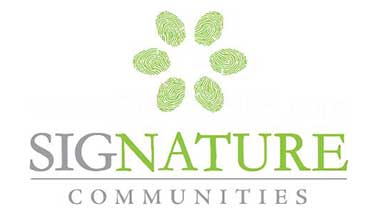