The highly anticipated next phase of this distinguished Scarborough master-planned community has finally arrived.

Fourme Condos is a new high-rise condo development by Lash Group of Companies in Scarborough. This pre-construction ptoject will sit at the corner of Markham and Ellesmere at 1151 Markham Road in the ME Living master-planned community.

This will be the fourth and final tower in this re-invigorating redevelopment proposal. It will be a 34-storey high-rise residential condominium centrally located in one of Scarborough’s most vibrant intersections. 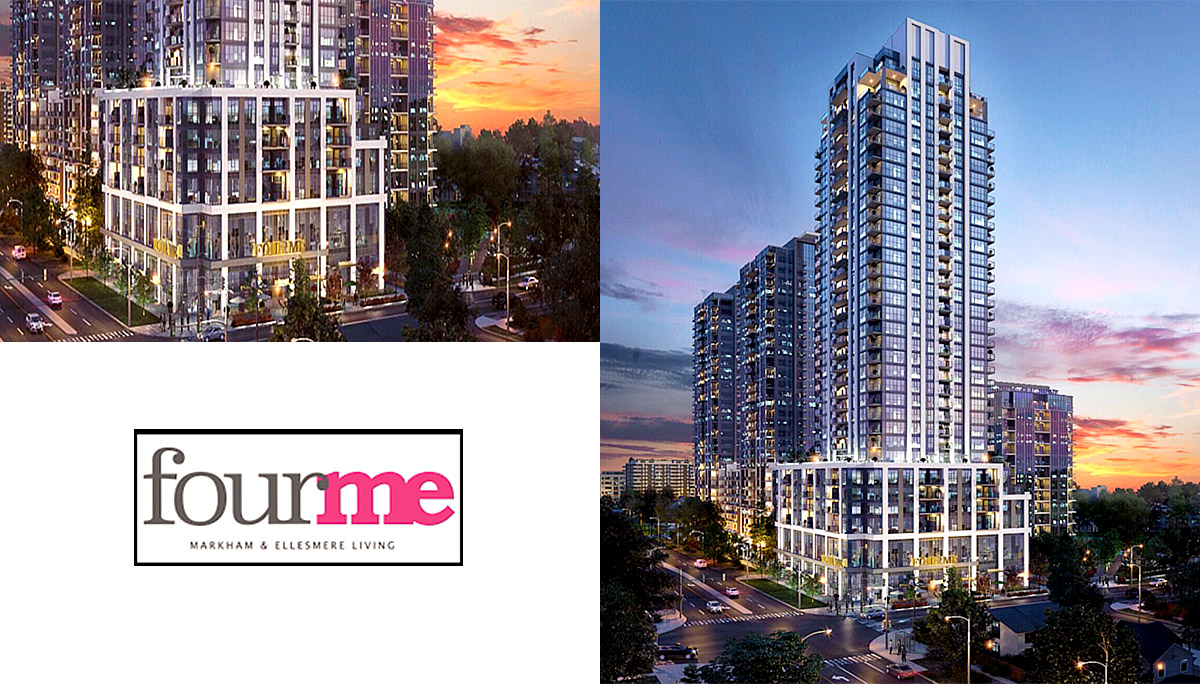 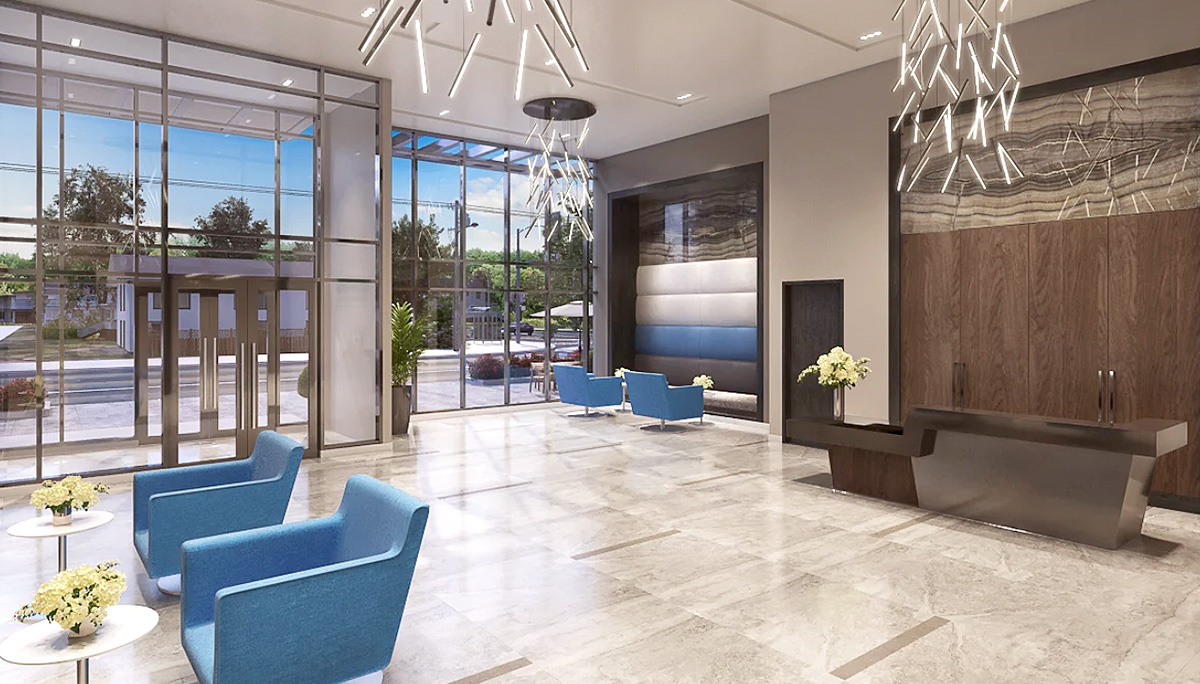 Fourme Condos will be joining the exclusive enclave of luxury condominiums in the ME Living community. Similar to other towers found here, this one will display clean, contemporary architecture designed by renowned group Turner Fleischer Architects.

Further, this tower will include a range of deluxe suites in several layouts and floor plans from one-bedroom to three-bedroom units. The suites will range from 474 - 1010 square feet and will feature open-concept livable interiors, floor-to-ceiling windows, deliberately designed amenities and a chic private landscaped rooftop for maximum comfortability.

The amenities featured at Fourme will reach the same standard of excellence found throughout the other condos in this master-planned community; because the developers understand the importance of a well-balanced life.

WIth that in mind three floors will be dedicated to amenity space, starting at the ground floor with a convenient lobby and concierge, mail room and parcel storage. Additionally residents can make use of the pet spa with direct access to an outdoor pet area meaning residents and their beloved pet need not travel far to socialize and get the exercise they desire. 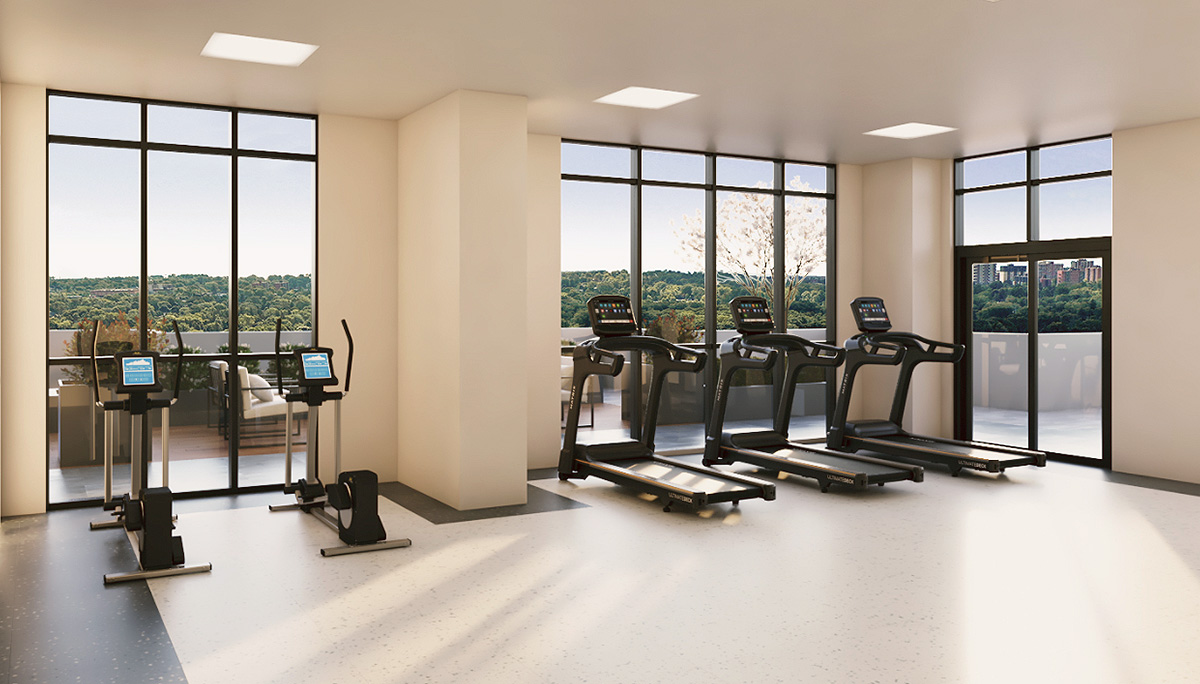 The third floor will contain a robust fitness centre with top-of-the-line fitness equipment and a zen yoga studio. Residents will also find a guest suite located on the third floor in addition to an indoor and outdoor children’s activity zone, meditation garden and a professionally landscaped outdoor lounge. Residents can come here to study, read a book or just relax in the inspiring setting.

The 7th floor is the creative floor where residents who work from home can come to the business centre and present a meeting or concentrate on their next big project in individual privacy pods. Residents can also take advantage of the private dining area, host an event in the party room with a private kitchen or getaway and enjoy the exclusive sports lounge.

This level also provides connections to the sizable outdoor terrace boasting beautiful views, distinct conversation areas, a stone fire pit, multiple barbecues and additional seating for dining. It’s the perfect spot for catching up with friends or enjoying some summer stargazing with the family. A life in balance is essential to health and wellness, and Fourme gives you everything you need to lead your best life. 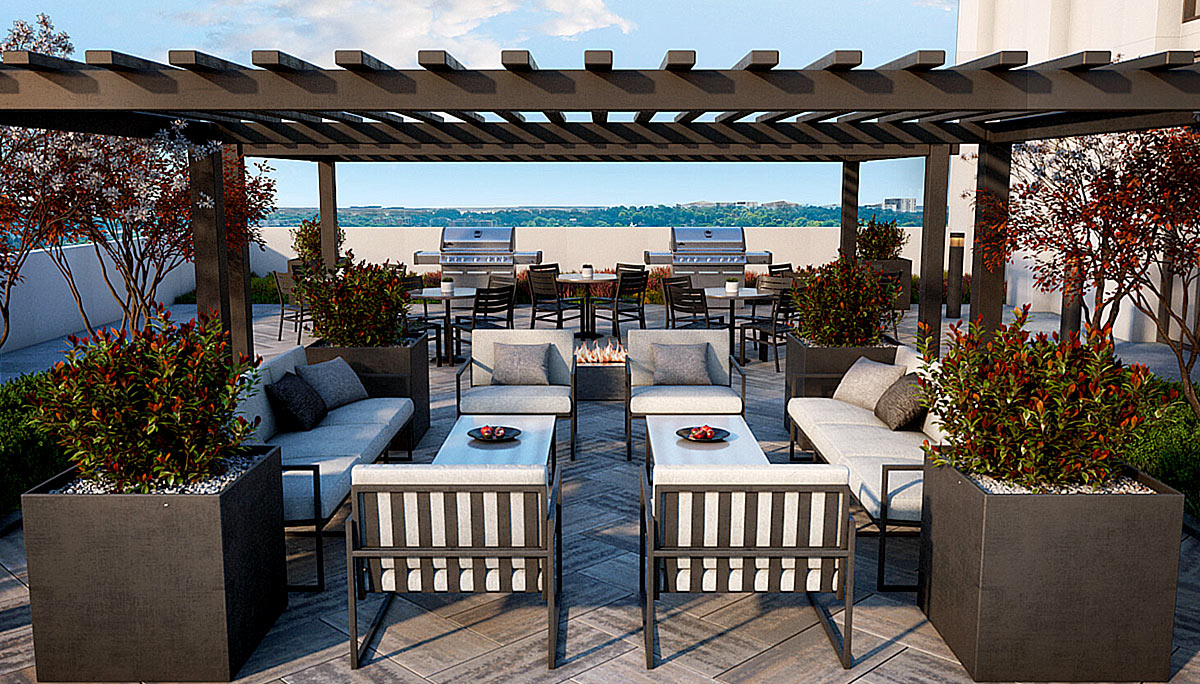 The innovative suite designs at Fourme offer the perfect balance of family living and chic interior styling. Arrive at the space that is truly just for you. Awake to the caress of sunlight with floor-to-ceiling windows and embrace the expanse of Scarborough’s cityscape on the generous balconies in primary bedrooms that are nothing less than impeccable.

Suites will include high ceilings with floor-to-ceiling windows and a balcony or terrace as per plan. They will contain designer-detailed solid core wood suite entry doors, with stacked washers and dryers.

Not to mention the bathrooms will be beautifully decorated with contemporary designed vanity and sink and a  modern polished single lever chrome faucet. Decorative wall lighting will also be provided above the vanity cabinet, plus, the tub and shower tile will reach the ceilings for a spa-like ambience.

The kitchens will feature custom stone countertops with designer-selected cabinetry and a stainless steel appliance package containing: a refrigerator, stove, dishwasher and over-the-range microwave oven with a built-in hood fan, and a stainless steel sink with single lever faucets.
Once completed, the community will house a landscaped courtyard with a cascading water feature and a seasonal pond that will convert into a skating area in the winter. This modern enclave of residences has everything necessary to breathe new life into the community. What’s not to love?

Fourme Condos is strategically located in one of Scarborough’s major revitalization areas and “Urban Growth Centres”. This site already sits comfortably in a largely residential pocket with easy access to urban and natural amenities.

In this area, residents can easily access dining, shopping and a plethora of school options. Markham and Ellesmere are heavily lined with dining options from all over the world– you will come to find that this is an extremely culturally diverse region that welcomes all.

Shopping is made convenient as Scarborough Town Centre is located just one bus ride away from this site. Here you can find over 1.6 million square feet and 210 stores and services, including a large collection of lifestyle labels and brands and culinary experiences. Within walking distance, residents can also find pharmacies, banks, international grocery stores and everyday necessities.

This neighbourhood is very family-oriented with multiple parks, and schools found within close range. Not to mention distinguished post-secondary schools such as the University of Toronto at Scarborough Campus and Centennial College can be found just a bus ride away – under 10 minutes by car. Both schools tend to have a shortage of student housing, signifying this site as an excellent rental property.

Transit orientation is a major player in the success of this location, as it is well-served by many frequented TTC bus routes. Some of the main bus routes servicing the area are the 102 Markham Road bus – which operates between Warden Station on Line 2, the Centennial College Progress Campus, the area of Markham Road and Steeles Avenue and even into the City of Markham.

This region not only is expected to see a rise in condos but also an increase in more efficient higher transit. Two major expansions coming to the area are the Scarborough Subway Extension and the Durham-Scarborough Bus Rapid Transit. The Scarborough Subway Extension is a three-stop extension of the Bloor Danforth subway to McCowan Road and Sheppard Avenue East which is estimated to be completed by 2030. A new station is proposed at the Scarborough City Centre on the east side of McCown Road (replacing the LRT station), which will include connections to the proposed Durham-Scarborough Bus Rapid Transit. This will only further make this area more accessible and in turn, more desirable.

This is a location that is quickly expanding into an urban haven, however, it still has the benefits of being away from the downtown core. It features less traffic and best of all it is home to many natural resources that nature-lovers will adore. Within minutes residents can drive to the Rouge River Valley and Morningside Park, two giant green spaces that fill up in the warmer months with families and friends that enjoy picnics, BBQs, hikes and biking. If that’s not enough, the Scarborough Bluffs is also located just 15 minutes away.

Scarborough is heating up quickly, feeling the heat of Toronto’s real estate market. Investors and buyers alike should strike while the iron is hot, as opportunities like this sell out fast.

Lash Group of Companies, today is a progressive family-owned real estate development company. They can say with confidence that every aspect of their process is governed by their commitment to being forward-thinking visionaries, from striving to reach higher standards of quality to raising the bar on design and construction. 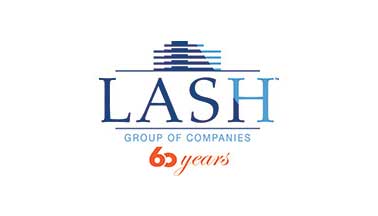