This modernly is located in one of the most promising neighbourhoods in Downtown Toronto, and it should be on the radar of all savvy investors because of its enormous potential.

Those lucky enough to call these condos home will get to enjoy some tremendous amenities, including the spacious outdoor amenity space on the second floor. They’ll also be able to take advantage of the convenient retail facing Yonge on the ground level.

This condominium project features a 21 storey tower that adds a touch of modernity to Yonge and Eglinton. While the majority of this building sports a contemporary design, it also retains a heritage facade on the first two levels facing Yonge Street, creating a striking dynamic that blends old and new. In fact, this harmonious nature can be found throughout this development that blends the best parts of high-rise and mid-rise buildings.

2500 Yonge Street is continuing the local trend of providing numerous units with multiple bedrooms. There are a total of 377 suites, divided into 110 one-bedroom units, 229 two-bedroom units, and 38 three-bedroom units. The tower rises out of a 10 storey podium that dramatically steps back from the street, creating spacious private terraces in the process.

This is a mixed-use condominium building that’s equipped with ample retail floorspace on the ground level. There will be a total of 87,328 square feet of retail floor space throughout this landmark project, with multiple commercial retail units facing Yonge Street, and larger retail areas on the second and below-grade levels.

There’s also plenty of parking in this project. There will be a total of 323 individual parking spaces.

This building is located on the northwest corner of Yonge and Castlefield. It will have existing low-rise retail on its south and west, St. Clements School to its north, and existing low-rise commercial buildings across the street to its east.

There’s no question that Yonge and Eglinton is a fantastic place to live, and an even better place for investment! In addition to its current charm and character, the neighbourhood will soon benefit from the Eglinton Crosstown LRT. This new rapid transit line will travel along the Eglinton corridor from Mt. Dennis in the west all the way to Kennedy Station in the east, connecting the entire region of Midtown Toronto together.

It will also turn this neighbourhood into a central transit node in the Toronto subway system. In addition to streaking down Eglinton Avenue, it will create two new transfer stations, one of them being Eglinton Station. This means that residents will virtually have the entire city at their doorstep because the station is only a 7 minute walk away.

The new transit hub is great news for the professionals that already call this neighbourhood home. Half of the area’s residents are within working age, with 50% of the population falling between the ages of 25-54.

The vast majority of people living here also live as couples, with 44% households being couples with children and 42% being couples without children. The wise investor will see this and know that the ample selection of two-bedroom condos may be the perfect fit for couples who are looking to start a family but want to stay in the same neighbourhood.

The neighbourhood has a distinctly urban vibe, and locals are lucky to be close to everything they need. 2500 Yonge St has a Walk Score of 90/100, which means that you can accomplish all of your daily errands without the use of a car. This is mostly because of the Yonge-Eglinton Centre that also has a Metro grocery store. The surrounding streets are lined with bars and restaurants too, and there’s even an Absolute Comedy Club. The neighbourhood is also rated an impressive 88/100 on its Transit Score.

This is one of the most affluent neighbourhoods in the city, which is evidenced by 19.5% of its households reporting an annual income of $200,000 and over in 2016. This is much higher than the city average.

The population has seen significant growth in recent years. It grew from 7,162 in 2011 to 11,817 in 2016, which represents an 11.7% growth over five years. This trend is expected to continue as real estate developers and the city work to complete their projects.

This developer is one of the most well established builders in the GTA. They started in the 1960’s by building freehold homes, and it wasn’t long until they were building entire subdivisions. They were able to read market trends, and they’ve since shifted their focus to luxury condominium buildings. They’re known for their value, tremendous customer service, and ability to produce innovative designs. 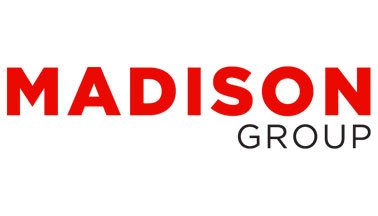