One of Toronto’s most cherished and unique neighbourhoods is getting a new addition. This new project is a pre-construction development set to grace the historic Distillery District. Under the skilled hands of Dream Developments and Cityscape Developments – the latter is largely credited with transforming the district from an underutilized industrial spot into the vibrant neighbourhood it is today – 60 Mill Street is slated for a 2021 occupancy.

This Condominum project is currently the site of the former “Rack House D,” a six-storey, 1895-built heritage structure that was part of the original distillery. As part of the development plan, the current historic façade will be retained, while a contemporary extension will add another six storeys, for a total of 12. 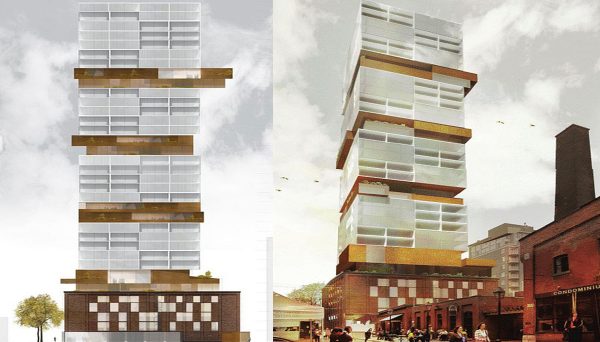 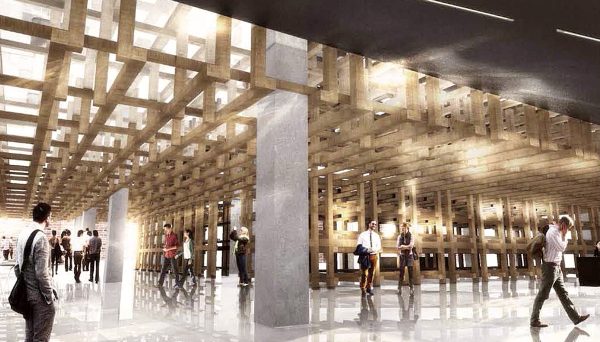 The project will feature architecture from Montreal-based Saucier + Perriote, who plan to design the top portion of the building with modern touches, including glass and brick-hued panelling. Like most of Cityscape’s buildings, it will reflect the neighbourhood’s original aesthetic and the existing structure of the heritage building itself.

A 4,000-square foot space on the ground floor will likely be allocated for either retail or restaurant use, along with a heritage interpretation centre that will lead into the residential lobby. Both indoor and outdoor amenities are planned for the building, possibly including a rooftop terrace on the top floor of the heritage portion. This is an extremely unique development in an equally unique neighbourhood. 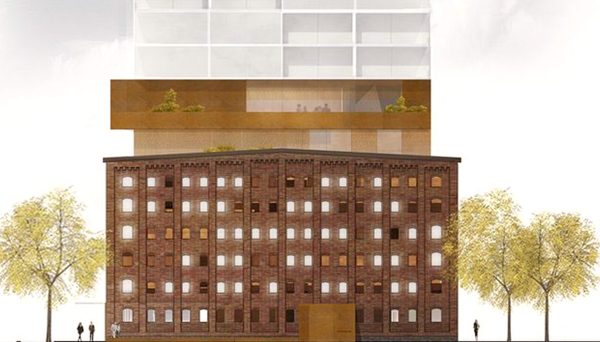 Though Cityscape has made their name restoring historic structures, they have a solid appreciation of the needs of modern homeowners. Some of the interior features we’ve seen in their other Distillery District condominiums include open-concept layouts, sleek kitchens, exposed concrete ceilings and comfortable bathrooms with luxurious soaker tubs and rainfall shower heads. Their suites are in high demand by professional tenants and this building will likely be no different.

There’s so much to love about the Distillery District. It’s no wonder the area is highly coveted by a range of residents, including young professionals and urbanists. Originally home to the Gooderham and Worts Distillery – once the largest distillery in the world, providing two-million gallons of whiskey for global export – the site sat vacant for decades, before being transformed into its current state.

It now features an array of cafes, art galleries and modern condominiums, infused with some of the area’s original heritage buildings and the eponymous cobble-stone sidewalks that give it a unique charm.

A mere fifteen-minute walk to Toronto’s Financial District and Union Station, it’s a popular neighbourhood for professionals and units here are in high-demand by some of the city’s top tenants. it scores a 94 on its Walk Score and a perfect 99 on its Transit Score. The closest streetcar is just steps away and it’s a short ride into the downtown core. Ryerson University and George Brown College are also easy to get to from here. Driving? The Don Valley Parkway and Lakeshore Boulevard are nearby, providing you with a smooth commute, should you be travelling to other parts of the city or GTA.

Cityscape Developments has a long history in Toronto and, as mentioned, is well-known for the original transformation of the Distillery District. They have a keen eye for restoring heritage structures and designing thoroughly modern buildings that still reflect their neighbourhoods’ rich fabric, making each one of their developments unique. We can’t think of a better organization to bring 60 Mill Street to life. 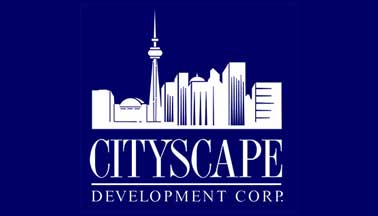 Dream Developments is a Canadian-based firm that has grown to have over $14-billion in assets under management throughout North America and Europe. The scope of their company includes residential land development, housing and condominium development, asset management and commercial property ownership. 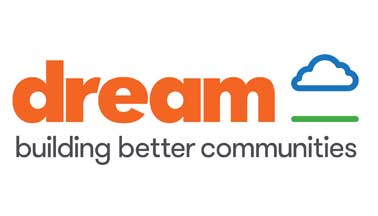