This new condo development is a pre-construction condominium proposed by ADI Development Group for The Annex neighbourhood in Toronto. 64 Prince Arthur Avenue Condos slated to be a luxury condominium with an exclusive selection of suites.

Steps from the subway, University of Toronto and surrounded by leafy side streets, this development will add a contemporary and upscale touch to the immediate area.

With a striking design unlike anything the neighbourhood has seen, ADI's latest project is sure to become a trendsetter. 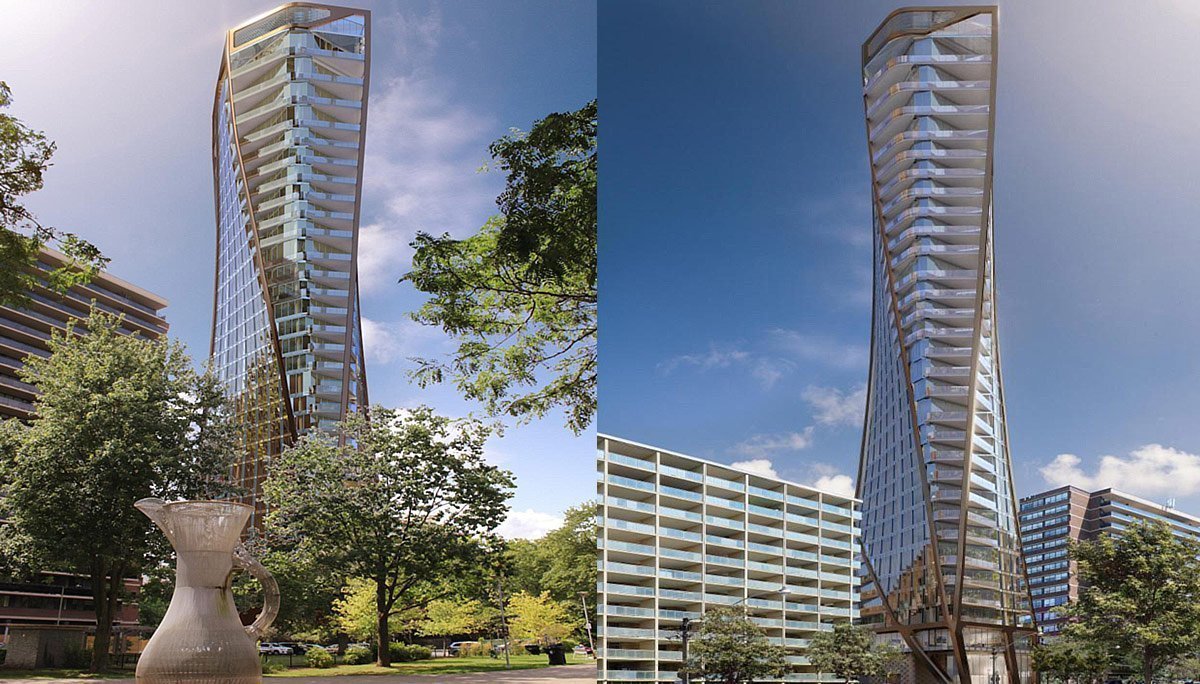 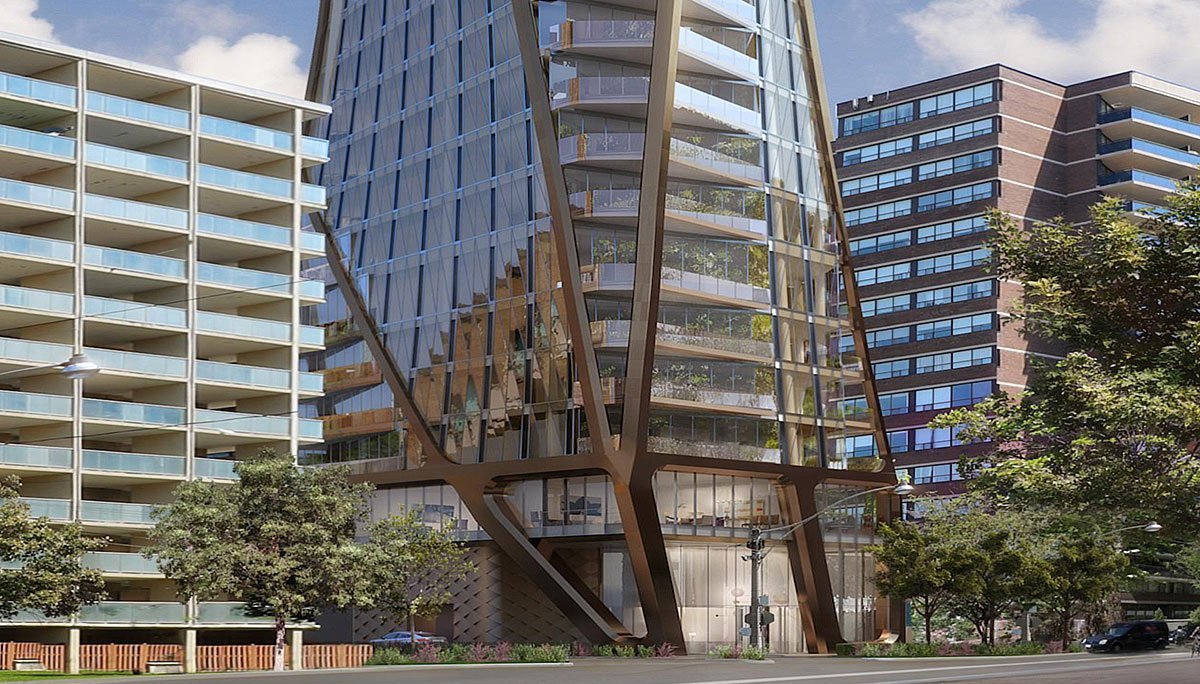 This building will occupy space just steps northeast of the Bloor and St. George Street intersection in the charming Annex neighbourhood.

It’s proposed for 29 storeys with a limited selection of just 60 suites. Details about layouts, unit mix and amenity proposals have yet to be released by the developer, but they’ve indicated they’re planning a luxury project, featuring upscale fixtures and finishes.

Architecture for this tower will be handled by the New-York-based CetraRuddy, along with Toronto's Core Architects. Preliminary renderings show a striking and slender design, featuring a steel exoskeleton and gently undulating balconies. The building's slim floorplate will make for a small number of units per floor, perhaps 2 or 3 depending on the suite sizes.

ADI’s other projects are known for their open and spacious layouts and opulent finishes. Their amenities often feature meticulously landscaped grounds, expansive rooftop terraces, resort-inspired fitness centres and swimming pools. If they continue this trend with 64 Prince Arthur Avenue, calling this Annex condominium home will be an indulgence for residents. 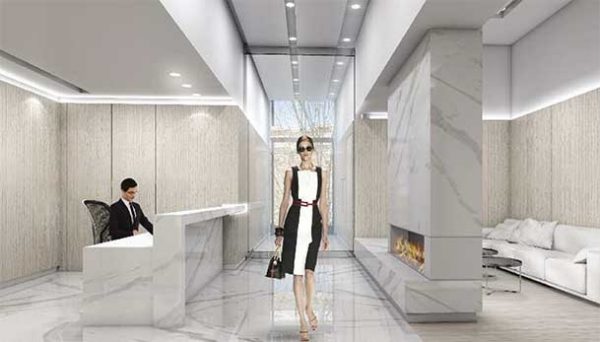 Condos in The Annex are in high demand. Loosely bound by Dupont Street to the north, Avenue Road to the east, Bloor Street to the south and Bathurst Street to the west, this central neighbourhood has a hip and youthful energy with some of the city’s best transit access.

Thanks to the leafy and historic University of Toronto campus that figures prominently in the neighbourhood, the area has a vibrant student and faculty population, while the eclectic cafes, bars and shops of Bloor Street tend to attract a mix of creative professionals and young families.

Arguably one of the city’s most eclectic pockets, it also features a large population of stately Victoria homes and, overall, residents here have a higher than average income.

You’re just steps away from some of the city’s most beloved cultural landmarks, including the Royal Ontario Museum, the Bloor Cinema and the Royal Conservatory of Music.

The neighbourhood includes four subway stations and two streetcar lines, providing rapid transit service in all four directions, one of the region’s only areas to do so. Commuting to the Financial and Entertainment Districts by transit is a breeze, while motorists can easily make use of the Don Valley Parkway to get downtown or elsewhere in the GTA.

The Annex isn’t undergoing the same hyper-intensified development as some neighbourhoods in the downtown core, but it’s steadily seeing an increase in new projects, many of which are contemporary boutique buildings. This is a great opportunity to snag a rare brand-new development in a neighbourhood that’s in extremely high demand with today’s modern tenants and homeowners.

The area’s central location also means you’re close to the upscale shopping, dining and commercial district of Yorkville, yet another great perk.

ADI Development Group is a boutique firm with $1.5-billion currently under development, an impressive feat for an organization of their size. Their steadily growing portfolio spans more than one region in the GTA and includes urban townhomes, lakefront condominiums and mixed-use projects, to name a few. With strong roots in the real estate industry, this family-owned development firm is quickly making a name for themselves in the luxury market. 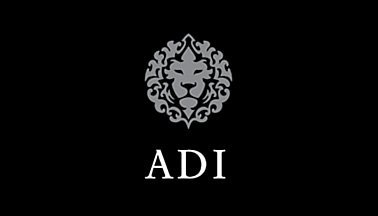