This tower is going to continue to add to the density in this part of city that’s becoming one of the most urbanized and central parts of the GTA.

85 Broadway Ave is being developed by the Pemberton Group, and it's going to be a new resplendent tower on this integral street corner. It will have ample amenity space and sweeping views of Midtown, which is swiftly becoming the city’s next major urban playground.

This is an increasingly central location that is surrounded by local amenities and transit options. The transit is about to get even better with the incoming Eglinton Crosstown LRT, which will provide access down the Eglinton corridor. 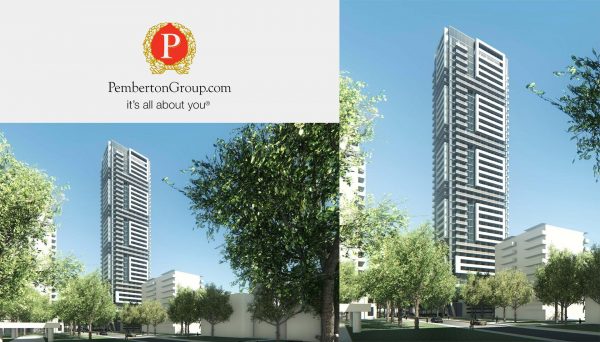 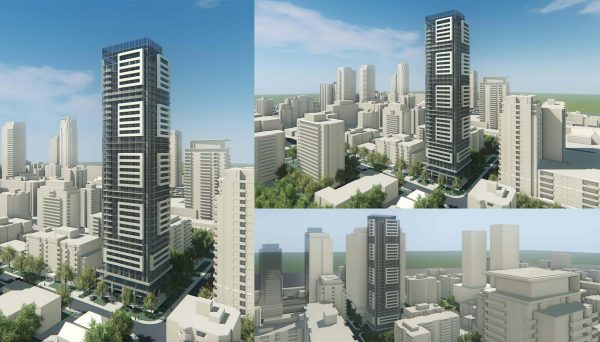 This 37 storey tower will rise out of a one storey podium. It will house 11 apartment replacement units in addition to its 340 condos suites. Of the units for sale, there will be 204 one-bedroom units, 119 two-bedroom units, and 17 three-bedroom units.

This development is due to become a landmark in the region with its iconic design that includes sturdy columns surrounding its podium and stylish balcony arrangement on the tower.

Another tremendous feature of this building is its sizeable balconies and terraces with which nearly all units are appointed. 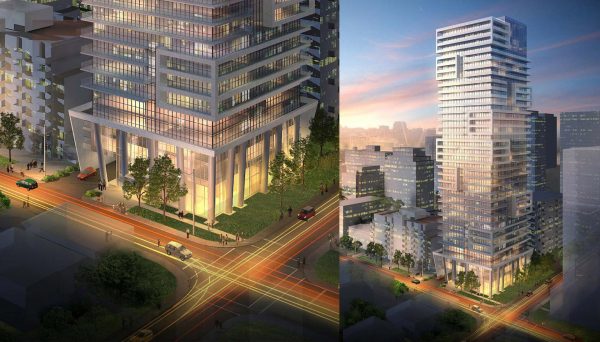 It is part of the vast Midtown neighbourhood, close to the intersection of Yonge and Eglinton.

This is one of the most central locations in the city, so it’s no surprise that that it’s surrounded by stores, services, and restaurants.

The Yonge-Eglinton Centre acts as the main shopping destination for the locals, as it is equipped with everything you could ever need. It has a Metro, grocery store, Winners, and LCBO, so residents will be able to pick up all of their odds and ends without the use of a car. There’s even a Cineplex here, so you’ll even have your entertainment covered.

Eglinton Station is directly south of the Yonge-Eglinton Centre, and this is one of the most vital subway stations in the city. It connects to Line 1 Yonge-University and it can quickly take riders to downtown or up to North York Centre, but it’s about to become even more important.

The Eglinton Crosstown LRT is an incoming transit line that will travel down Eglinton Avenue. This will greatly improve the local transit options for Midtowners, and it will likely bring extensive development to the area as well. It also means that Eglinton Station will become a new transit hub as it will be the place where riders will have an opportunity to transfer from the Crosstown to Line 1.

This is a fabulous place for drivers too. Yonge Street is one of the GTA’s major thoroughfares, and it allows motorists to quickly travel up to North York Centre, or down to the Financial District. It can also connect you to the Ontario Highway 401, which will take you to either Mississauga or Scarborough in 30 minutes. You can really get anywhere from here.

This is great news for investors and prospective home buyers alike. Toronto is a big city, and it only continues to spread out, which means that it’s becoming increasingly rare that professional couples work in the same neighbourhood. Having a central location means that both members of a relationship will be able to easily make it to work. Add to that the restaurants, entertainment, and stores, and this development’s condos start looking like some of the best in the city. So register today to be the first to hear of any upcoming news!

Pemberton Group is a comprehensive builder, having experience in developing top of the line residential, commercial, office, and industrial projects. Their extensive experience and commitment to unparalleled quality has allowed them to become an industry leader in the city, while also being a major local employer.