This  new pre-construction development will be the latest stacked townhome development by Kaleido Corporation. The project will be situated in a prime location that is considered an unofficial gateway to Toronto east as it borders the Leslieville neighbourhood. If an energetic tree-lined pocket within a historic neighbourhood is where you imagine laying down roots, this project may need to be at the top of your list.

Elevate at Logan Townhomes is located in the Riverdale neighbourhood, one of Toronto’s most vibrant communities. Here, an abundance of dining, shopping, arts, and entertainment are just steps away from the project’s major intersection, Gerrard St. E and Logan Ave. This intersection encompasses some of the best transportation options in Toronto and just to the west is Riverdale Park where one can escape the hustle and bustle of the city. Investors and end-users alike will see the value of this project next to prestigious schools, transit, and an abundance of green spaces. 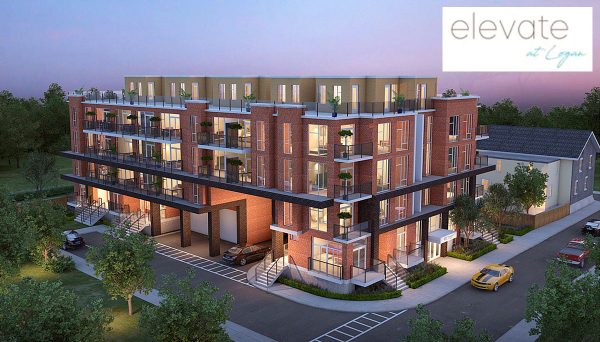 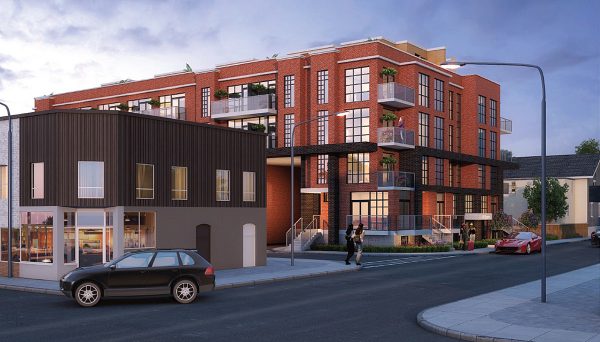 This development is a modern hybrid of condos and townhomes. It will be 4 storeys of stacked townhouses which will house 41 residences, 31 parking spots, 2 visitor parking, 37 bike spots, and 41 lockers. Suites will range from 550 to 1,900 square feet of carefully designed floor plans to meet your needs. The exterior has been designed by preeminent architect's SRN who have found a beautiful balance of modern details and historic brickwork. This façade will keep with the aesthetics of the neighbourhood with a primarily red brick finish as well as dark accents. Heritage-inspired windows are big and bold for drawing in ample light into each suite. Residents of this neighbourhood take much pride in maintaining their yards so the surrounding property of this project will be landscaped to perfection. The standout feature of this project however is the 2 car elevators which will be one of the first in the city.

Suites by this developer are known to be outfitted with soaring 9’ foot ceilings which give the effect of a larger space even in the most compact units. Kitchens and bathrooms have been European inspired with the most elegant finishes. Early renderings of this project showcase glass balconies and terraces that offer a private escape to the outdoors directly off each suite. This project is a great alternative to a single-family home because it offers a low maintenance lifestyle so you have more time to enjoy life and the city around you. 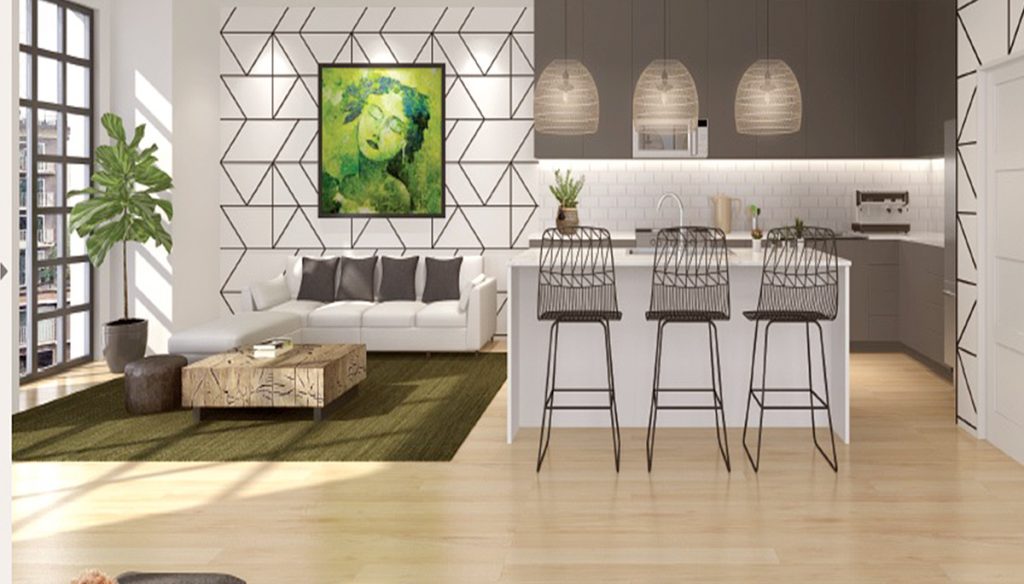 This project is just East of downtown Toronto in a pocket well known for its colourful shopping districts and quaint Victorian homes. This is a high-density area that is home to Riverdale Park and the farmer’s market of Withrow Park. This is also a community that attracts families due to the various top-ranked schools in the neighbourhood as well as a number of daycares.

The shopping district centred by Danforth Ave. is the heart of Toronto’s Greek community as it features many trendy Greek restaurants and stores. Riverdale is also home to its own Chinatown shopping district where fresh produce and baked goods fill the streets around Gerrard and Broadview. Gerrard Square is the community’s mall where 70 stores and services offer everything from household necessities to groceries, to electronic services. All this and more will be just steps away from this new pre-construction development.

485 Logan Avenue has a Walk Score of 96/100 which means that this address is a walker’s paradise, so daily errands do not require a car. The Transit Score is 97/100 as well. This means that transit in this area is extremely accessible, so get around the city is a breeze. Several streetcars and buses frequent the area and serve as a connection to more than three subway stations. For motorists, bordered to the west is the Don River, and with it the Don Valley Parkway. This is a major transit artery that connects the entire city. Carlaw Avenue which intersects at Gerrard, just east of the project, also provides direct access to Lakeshore Blvd. which connects to the Gardiner Expressway.

This is a great chance to own in one of the city’s last untouched neighbourhoods. The proximity to transportation options in combination with units with spaces that act as a great alternative to single family homes makes this project one not to miss. Register today!

Kaleido Corporation is passionate about helping its clients and investors make smart real estate investments that will add value to their portfolio. Their main strategy is to find and acquire land that’s in an optimal position for profitable development. They’ve been doing this since 2013 and have found great success. This strategy has allowed them to secure over $70 million in funding, providing financing for 21 developments for their clients. They’ve also helped over 900 clients accomplish their financial goals.