This new condo project is a unique addition to the upscale neighbourhood, an open-air plaza and the restoration of several heritage buildings.

50 Scollard condos is a new 41-storey luxury condominium development in Toronto. This pre-construction project by Lanterra Developments is located at 50 Scollard St in Yorkville neighbourhood. This condo has an occupancy date of 2023.

This is a fantastic opportunity for families, couples or the executive who wants a little more space. This project puts you at the centre of fine dining, culture and green space. 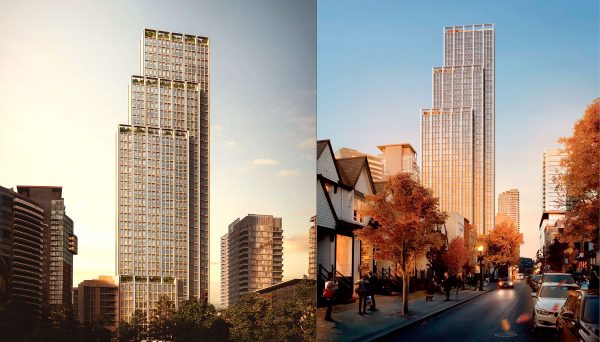 Occupying almost half a block at the northeast corner of Bay and Scollard Streets.

The main focal point of 50 Scollard Condos will be a landscaped, urban plaza that anchors the intersection.It will create an activity hub for both condominium residents and the community in general.

The residential tower will be set back from the street, reaching 41 storeys with a distinctive, modernist design. It will feature just 77 exclusive residences, uncommonly spacious and targeted for families. 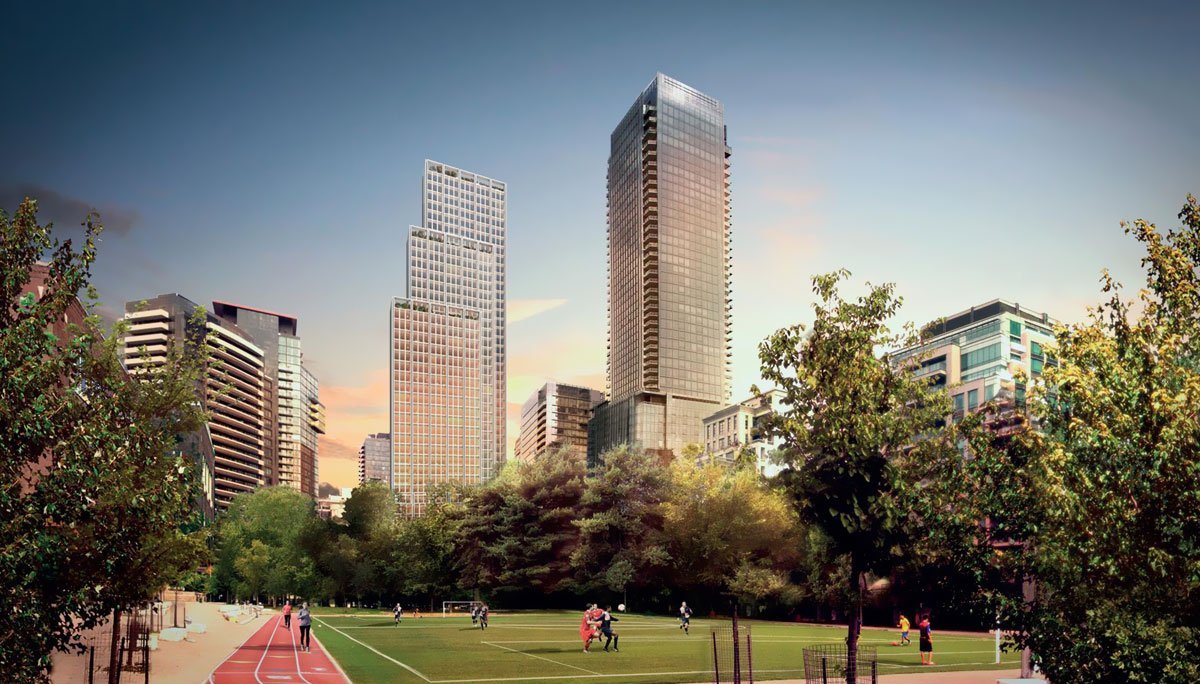 With one bedroom to three-bedroom plus family room units on premises, the units will span from approximately 1690 square feet to over 4,000 square feet.

The developments interiors will match its luxurious exterior, with luxurious finishings. All suites will boast high ceilings, hardwood flooring, designer appliances, and granite or quartzite countertops.

Over 11,000 square feet of indoor amenity space will be included: 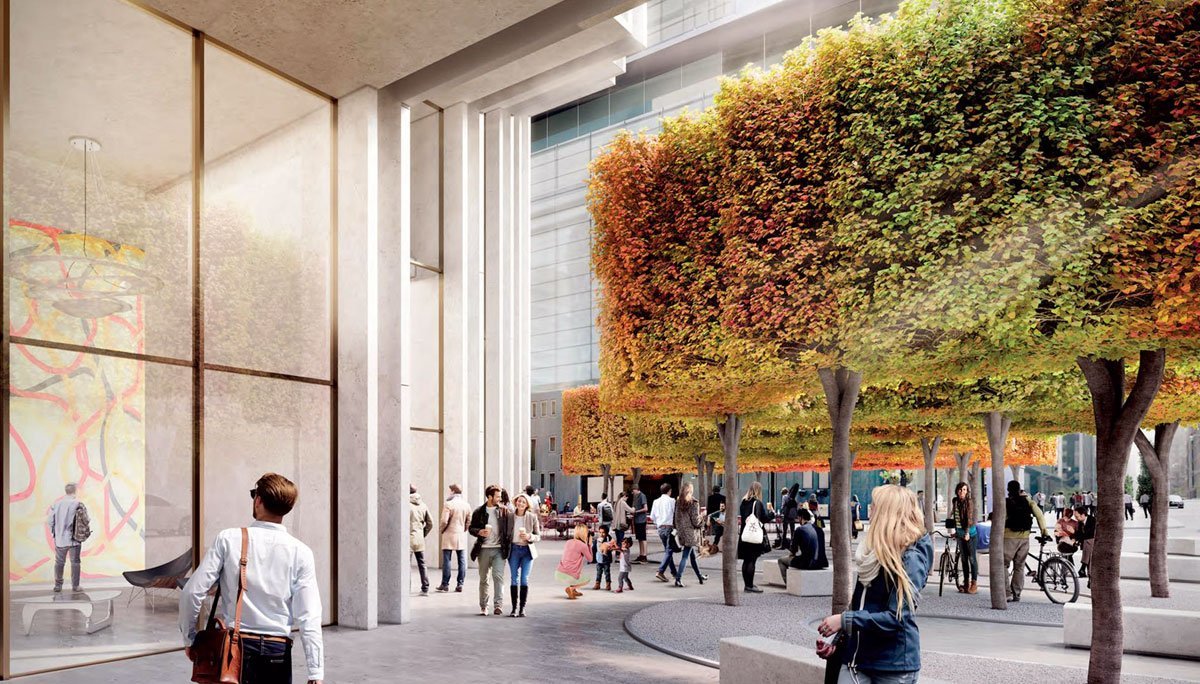 Residents will also have access to a fully equipped fitness centre overlooking Bay Street. Those with a flare for hosting will be able to make the most of a private dining area with a working kitchen located just across it, ideal for hosting special events. A stocked wine club will also be on premises.

50 Scollard Condos will be designed collaboratively by Foster + Partner Architects and RAW Design, who bring strong local and international design expertise to the table, and have proposed a stylish, modernist look for the condo. 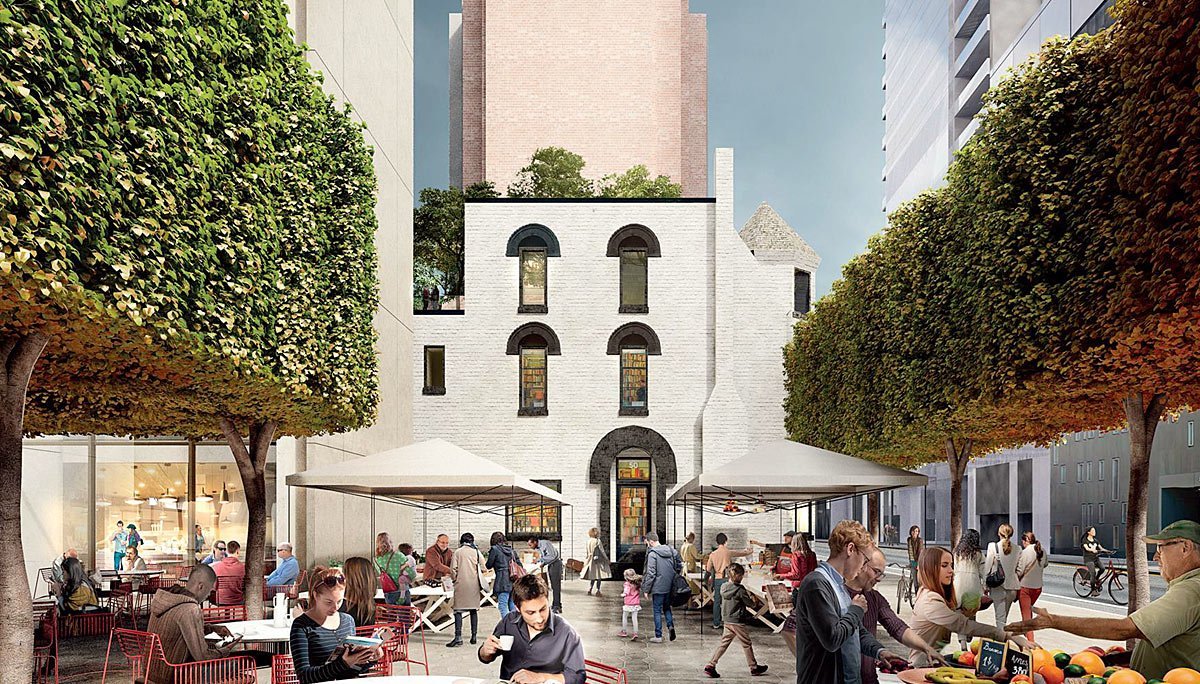 Welcome to Yorkville! If you love a high-energy, yet welcoming urban neighbourhood, this location might be just perfect for you.

Easily one of the city’s most sought-after neighbourhoods, it’s a glittering, dynamic district, home to upscale retail, corporate offices and some of Toronto’s finest eateries and cultural institutions. Along Bloor Street West, one of the neighbourhood’s main arteries, you’ll find the “mink mile”, which houses a series of luxury retailers, including Coach, Chanel, Gucci and Holt Renfrew.

Bloor-Yonge station, which anchors the community, is largely considered the epicentre of Toronto transit. Here you’ll find subway access in all four directions, so getting around the city is a breeze. A trip to the downtown core takes no more than five minutes, while many North York destinations are equally easy to reach. Fortuntaely, this area scores a 96 on its Transit Score and an exceptional 99 on its Walk Score.
Want to treat yourself after a long week? Try the spa at the Four Seasons Hotel, just up the street. The largest spa in Toronto, this luxury retreat features 2,787 square feet of sun-filled treatment rooms, steam rooms and a salon, popular with the city’s A-list crowd

You’re also just blocks from both the Bata Shoe Museum and the Royal Ontario Museum, as well as the Royal Conservatory of Music.

Their achievement can be distilled down to how this developer approaches each and every venture they undertake. They remember that every development is unique, and as such different challenges emanate and should be dealt with the utmost precision.

They triumph over this fact by looking into what their consumers' desire. This grants Lanterra to execute and accurately plan for what they’re going to build, as well as create what the consumer needs. From there, they bring collectively the proper sources to make certain that the completed product will meet and exceed expectations. 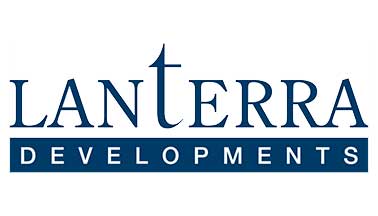