This new modern mid-size condo development is located at one of Toronto’s most exclusive neighbourhoods.

Forest Hill Private Residences is a new luxury boutique condominium by Altree Developments in Toronto. This pre-construction project is located at 2 Forest Hill Road at the northwest corner of St. Clair Avenue West just west of Avenue Road in the Forest Hill neighbourhood in midtown Toronto.

Planned by Graziani + Corazza Architects with a sloped setback descending from a maximum height of 35 metres on its southern side. 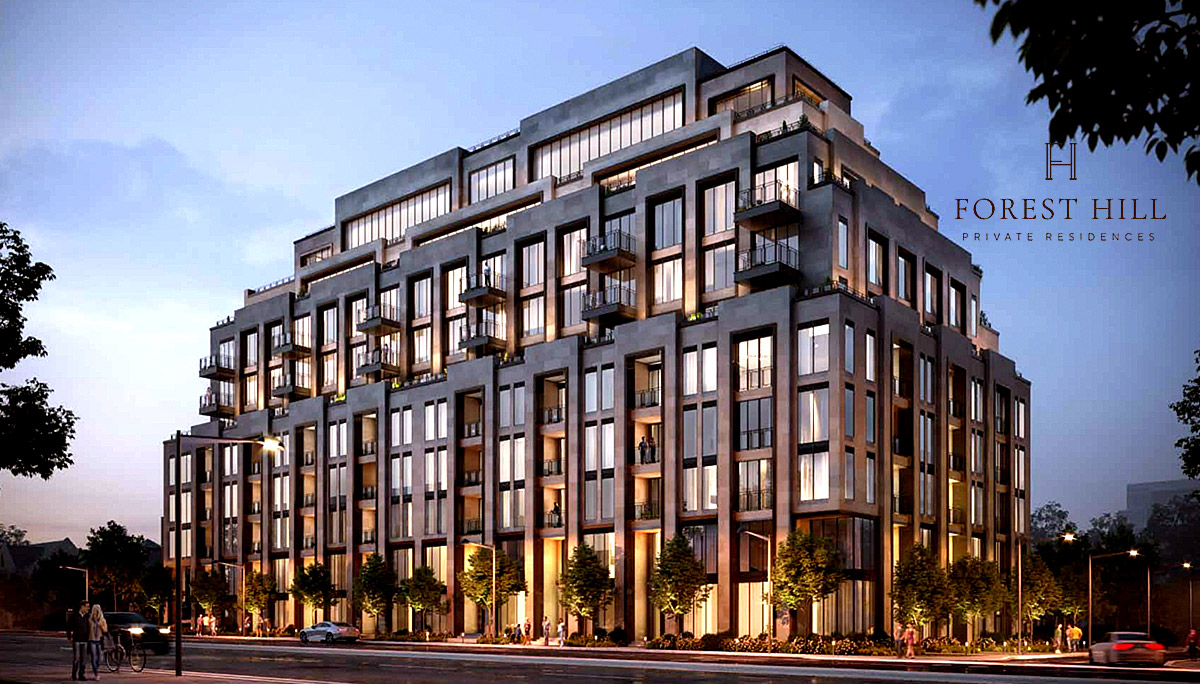 Forest Hill Private Residences is designed as premium living spaces, the condo’s 85 suites will feature spacious accommodations. A limited collection of 1 bedroom, 2 bedrooms and 3 bedroom suites ranging in size from 966 sq.ft up-to 2,200+ sq.ft. The majority of these sumptuous suites will also be featured with expansive terraces that introduce the outdoors into every living environment.

As early plans have it, this luxurious boutique condo has 13,554 square meters of residential space that consists of 20 1-bedroom units, 55 2-bedroom units, and 10 3-bedroom units, all of which are designed as deluxe residences that will comply with Leadership in Energy and Environmental Design (LEED) standards.

Forest Hill Private Residences will be served by a 2-level underground parking that will contain 126 proposed parking spaces, 25 of which will be equipped with electric vehicle charging infrastructure. The garage will also house 86 bicycle parking spots, a total broken down into 77 residential spaces and 9 non-residential spaces, in addition to space for 35 storage lockers.

Amenities for this high-caliber, high-aesthetic building will be found on the first floor, as will the condo’s grand lobby entrance and accompanying mail, secondary porter lobby, parcel room and premium Forest Hill address. 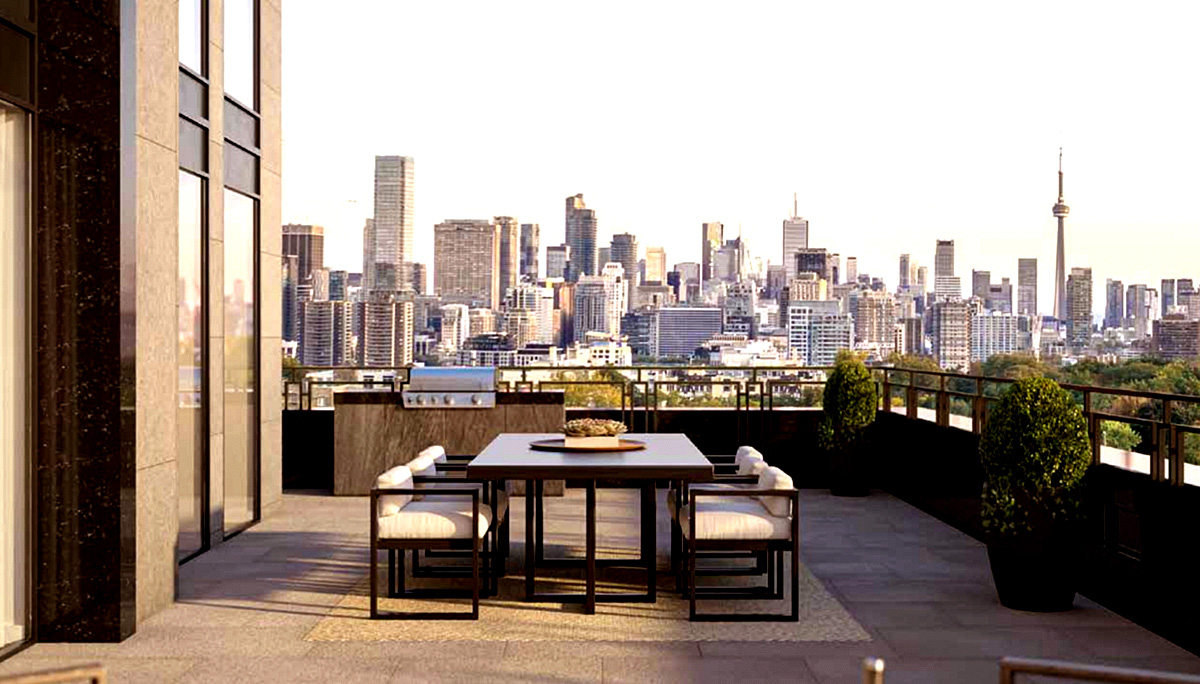 This condo nevertheless is situated in a prime location that is close to numerous neighbourhood amenities and services. 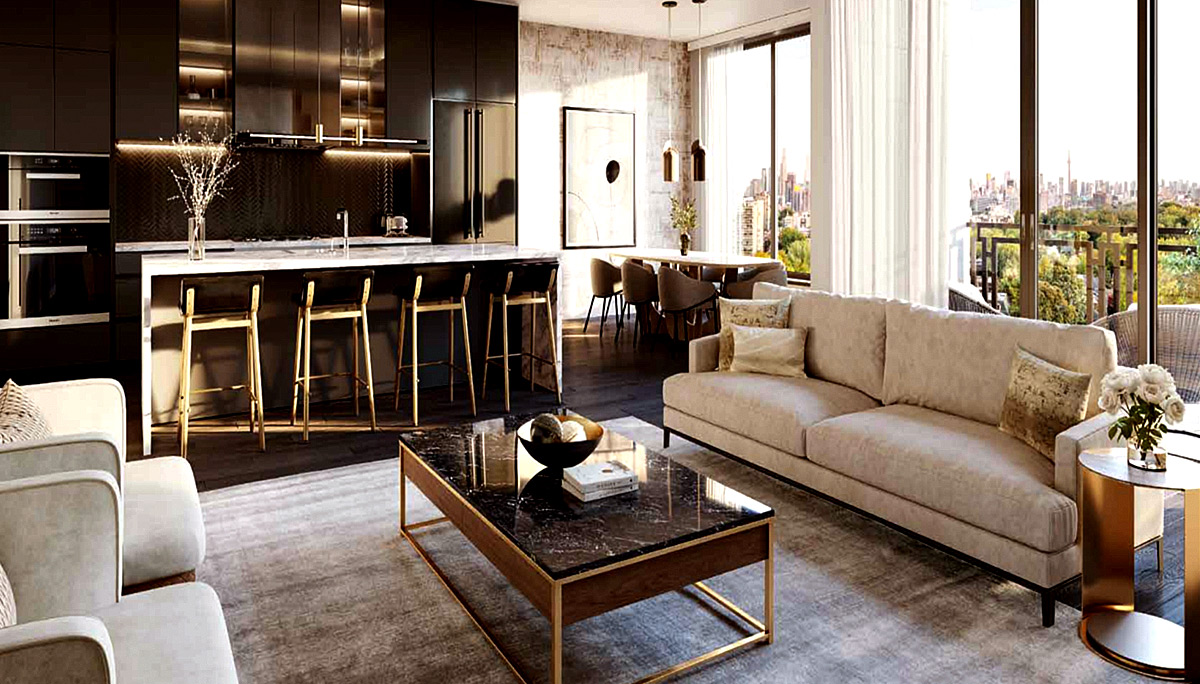 As the latest luxury condo development to come to this specific stretch of Forest Hill, this condo looks to do its part to revitalize this venerable neighbourhood, home to some of Toronto’s most prominent citizens, making this a lucrative opportunity for new homeowners and savvy real estate investors.

However much this place is set to grow as an investment, one thing that is for certain is that this condo is going to look nothing short of splendent. As described by Altree President Zev Mandelbaum himself, Forest Hill Private Residences is an “architectural gem that’s unique and will change the aesthetic of the community.”

Be a part of this incredible opportunity and sign up with GTA-Homes today to receive all the latest updates on Forest Hill Private Residences. 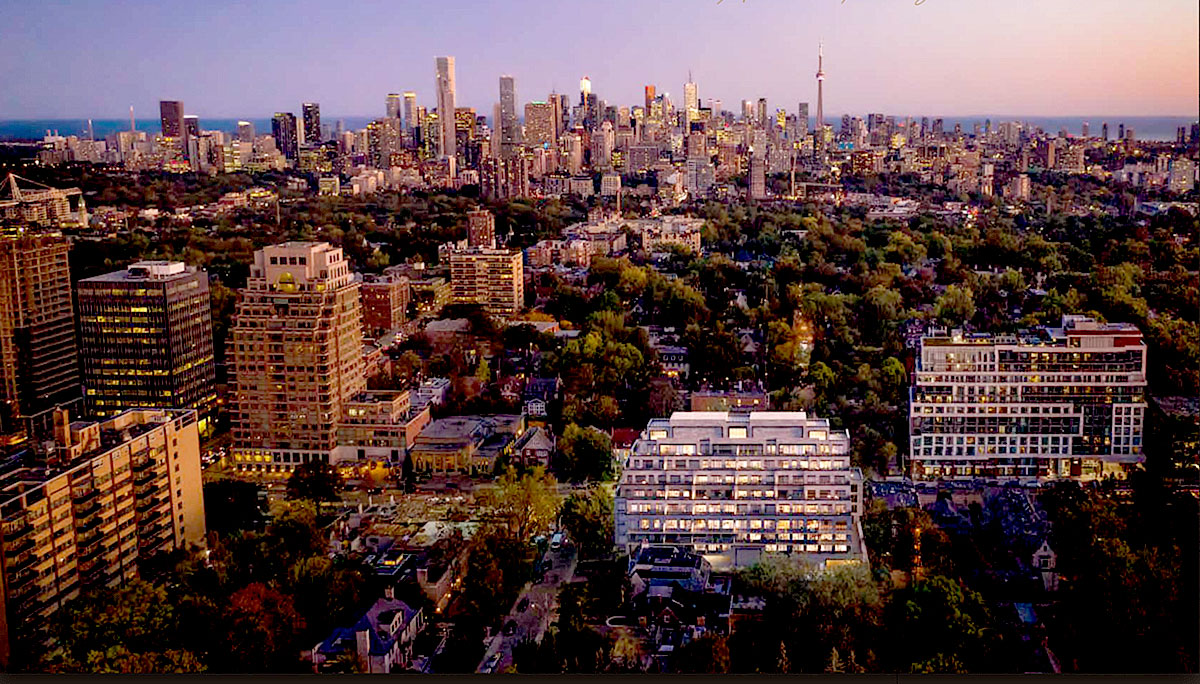 With its detached houses and individual driveways, Forest Hill appears to resemble a neighbourhood that is better suited for the suburbs. And yet, after a closer look reveals this community to be made up of some of the city’s most lavish homes, we can see that this neighbourhood is most definitely one of an urban character, especially when it comes to its local amenities and services.

Numerous businesses can be found along this part of the busy St. Clair Avenue corridor. Within ten minutes, residents can walk to Yonge Street and have access to numerous upscale restaurants and eateries, a pharmacy, and a branch of the LCBO; conversely, a 13 minute walk west will take residents to another retail area at St. Clair and Bathurst.

Other important nearby destinations that are within walking distance include Casa Loma, The Spadina Museum, Tarragon Theatre as well as the great shopping and dining services found in Yorkville, conveniently located just 22 minutes away by foot.

In fact, this neighbourhood is so convenient that it has been rated a superb Walk Score of 78, signifying that most errands can be performed here without the use of a car.

To ensure nature is never far away, this community is filled with green space such as Glenn Gould Park, Amsterdam Square, Sir Winston Churchill Park as well as David A. Balfour Park, a gateway park that leads to the rest of the extensive Don River park system.

As seen by its great Transit Score of 80, this address caters to commuter by providing easy access to public transportation. The St. Clair streetcar that passes in front of the condo will take residents to St. Clair Station Line 1 in just 7 minutes or, going in the other direction, to St. Clair West Station Line 1 in just 11 minutes. This immediate access to the TTC allows residents to travel downtown in under half an hour’s time.

As convenient as this is, travelling to and from this neighbourhood will become even better as future plans to develop Toronto’s transit infrastructure continue to unfold. Planned for a September 2021 start, the Eglinton Crosstown LRT is planned to make a stop at Avenue Road and Eglinton Avenue, providing yet another transportation option for condo residents. Further into the future, the nearby North Toronto Station in Summerhill will be reopened to facilitate the GO Transit Midtown Corridor, providing an east-west express commuting option for the city.

And, even though it seems like the least likely of places to be recognized for it, Forest Hill is nothing less than perfect when it comes to its bicycling infrastructure. This neighbourhood has scored 100 on its Bicycle Score, noted for its excellent bike lanes and for being flat as a pancake.

Whatever the reason, Forest Hill is simply sublime when it comes to being one of the city’s most coveted places to live. Now, with Forest Hill Private Residences, you have a chance to join this exclusive community by living at this posh, boutique condominium. Don’t delay, sign up today.

As an integrated real estate firm, Altree Developments provides unmatched insight, expertise and services throughout the full spectrum of development. From strategic acquisitions to planning, sales and marketing, construction, finance and legal processes. They are a full-service development company deeply rooted in the industry, dating back to the 1950’s