This new condo project is a mixed-use condominium development proposed for Toronto’s Fashion District by Westbank Corp and Allied. A unique design that reaches a maximum of 16 storeys, King Toronto Condos has an occupancy date of 2023.

This Fashion District condominium will occupy almost an entire block on King Street between Portland Street and Spadina Avenue. It includes the current buildings ranging from 485 to 539 King Street West, three of which are heritage buildings that will be restored and incorporated into this unique 2.34 acre project. 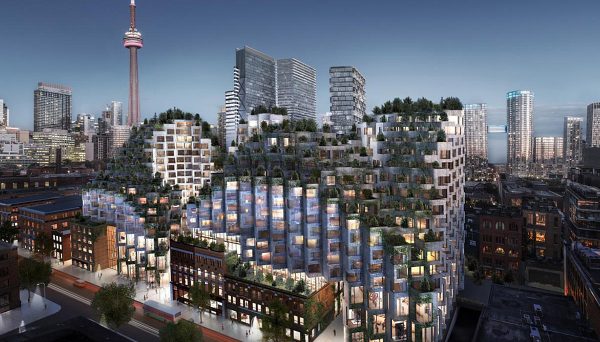 Featuring an innovative design by award-winning Danish architectural firm Bjarke Ingels Group (BIG), the proposal for King Toronto Condos calls for a single, pixelated structure that rises and falls, creating four sculpted peaks and valleys. The peaks range in height from 12 to 16 storeys and will be arranged around a public courtyard.For this striking design, the building mass will be broken down into a series of modules that are angled to create a topography of terraced units with oblique views of the street.

The slender peaks will be stepped back to allow maximum sunlight for both the courtyard and the street itself. The proposal includes the restoration of four heritage buildings on the site as well.

Aside from its innovative architecture, the King Toronto Condo project has some other unique features, including a larger than typical amount of two and three bedroom units and a structure featuring knock-out panels, which will allow smaller units to be combined to create larger units in the future, if needed.

The unit mix is expected to consist of 65 studio units, 252 one-bedroom, 144 two-bedroom and 53 three-bedroom units. 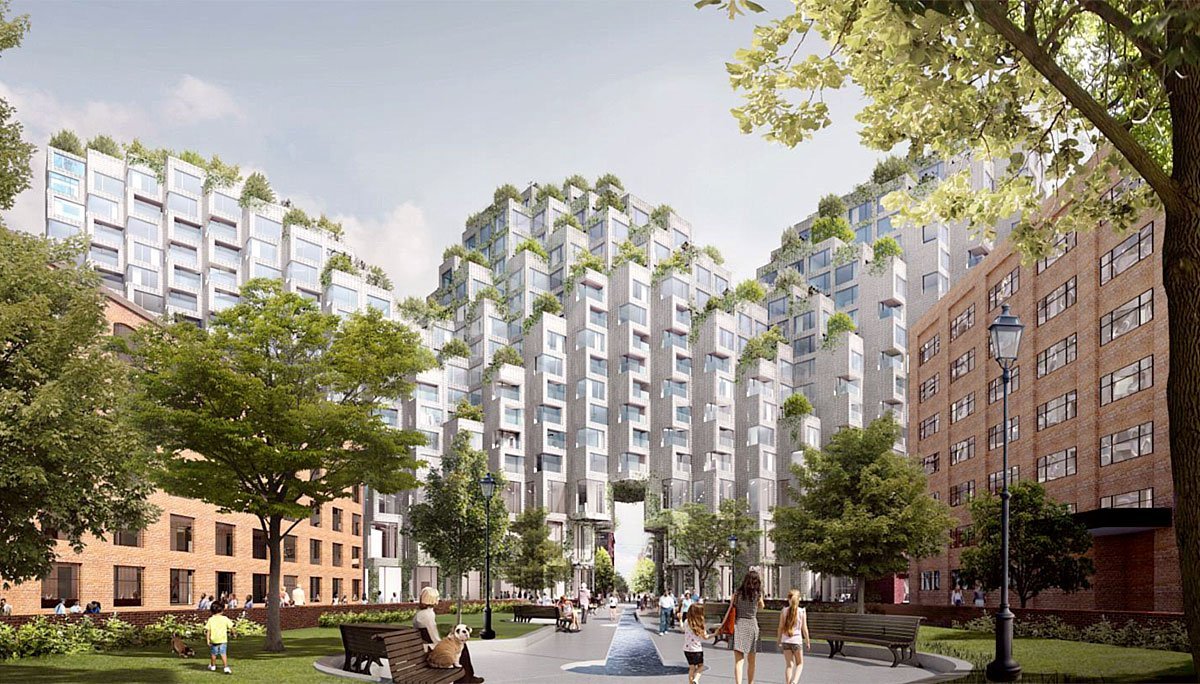 12,346 square-feet of indoor amenity space is proposed, along with 6.012 square feet of outdoor amenities to enjoy at your leisure: 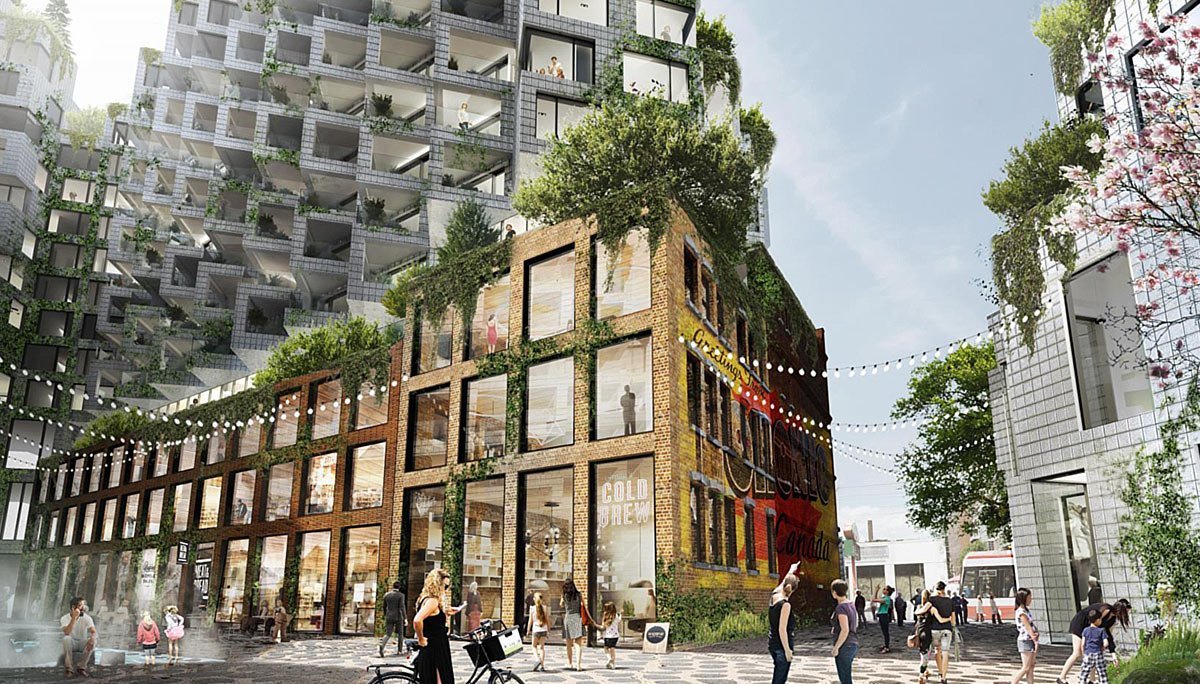 One of the most anticipated features of this development is the inner courtyard proposed, which will span over 21,000 square feet. This diverse and lively zone for living and shopping will offer new retail, workspace, and cultural offerings.

A professionally landscaped hemlock forest will provide residents and visitors with a naturalized setting, while an urban court will feature outdoor seating, ground-floor retail and commercial space. A 1,345 square-foot “secret garden” will also be designed, on the southeastern corner of the site behind one of the restored heritage buildings. 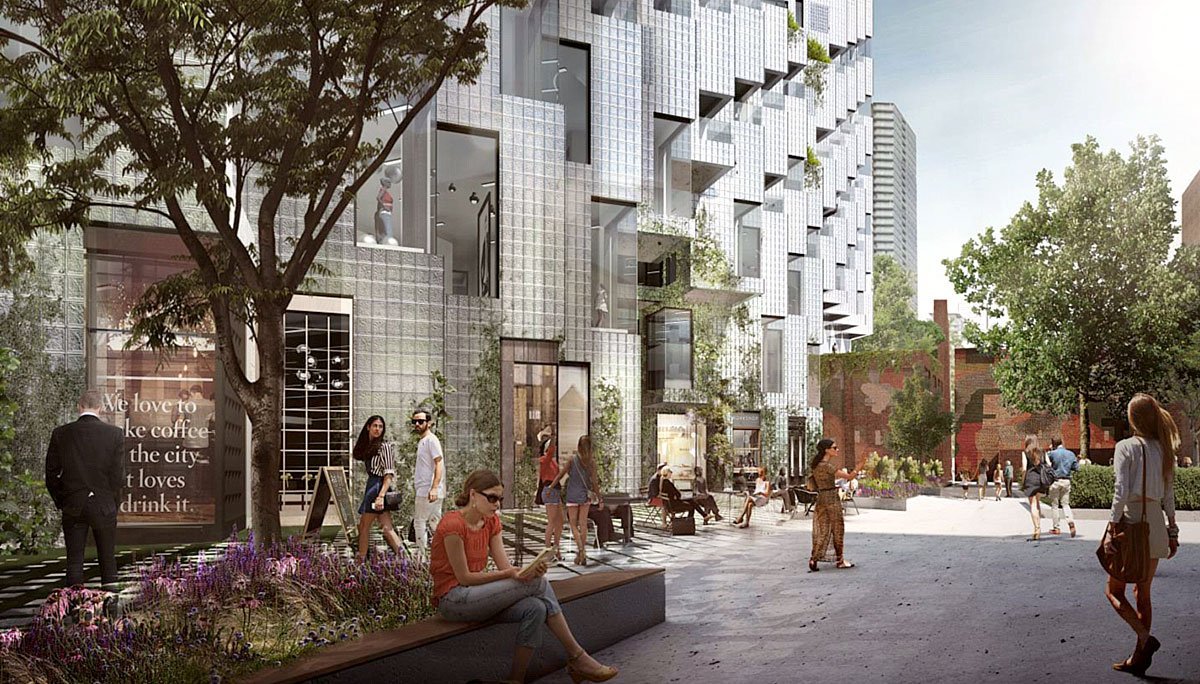 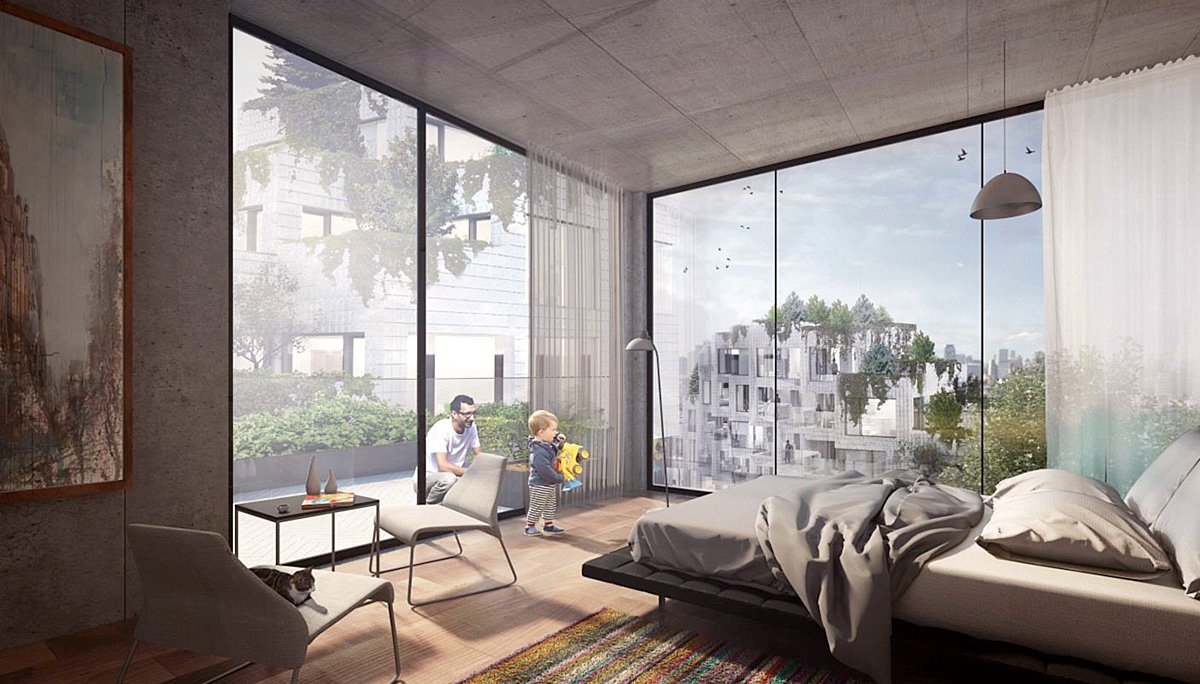 According to the architects behind this design, the modern portion of King Toronto condominium will feature materials such as brick, stone, precast concrete and glass, enhancing and complimenting the historic portion by providing a visually interesting contrast. Floor to ceiling exterior glazing and balcony doors for interior living spaces extend into the exterior spaces. Oversized balconies and terraces offer a private escape to the outdoors. A variety of fully-integrated planters, both small and large will be within selected terraces. Cable trellis systems with special attachments to the building facade will be incorporated in the building's facade.

BIG has meticulously designed all 4 lobbies (North,East, South, West), one lobby for each mountain peak of the building. Each lobby will have 24-hour concierge service as well as secure fob access. With the East Atrium, an Italian crafted Fazioli piano will welcome you and your guests. 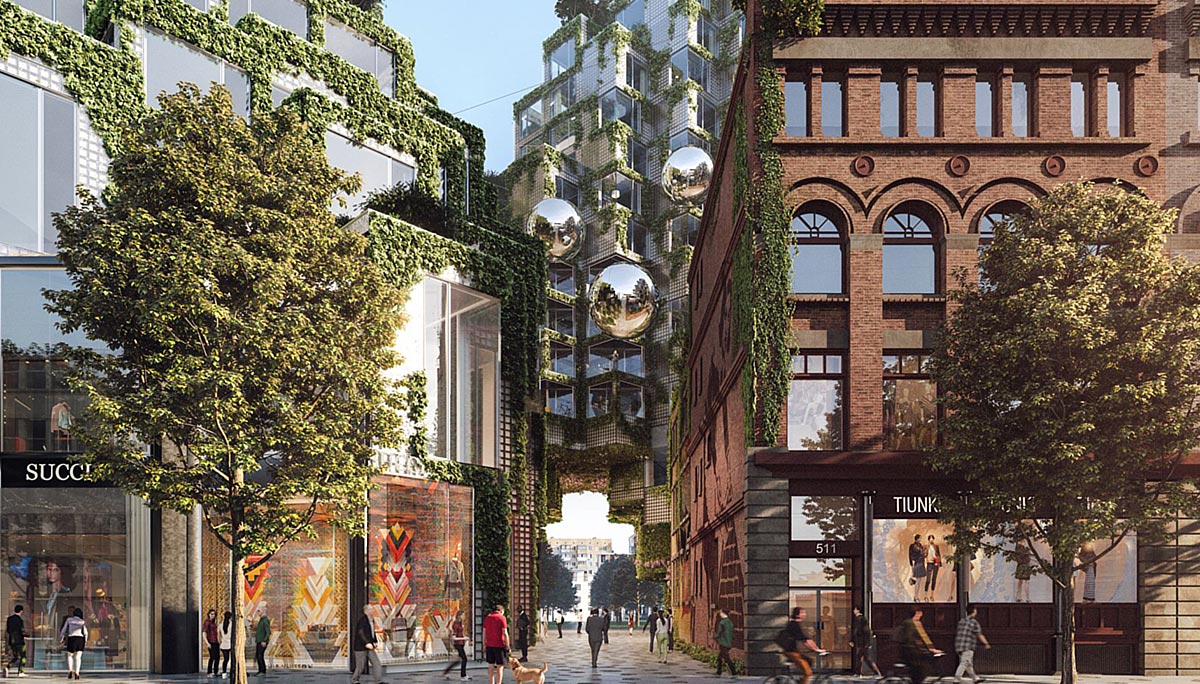 Condos in Toronto’s Fashion District have so much appeal. This trendy downtown district puts some of the city’s most talked-about restaurants, bars and galleries at your fingertips. It’s an extremely popular area for young professionals, urban enthusiasts and those who crave a high-energy downtown lifestyle.

It’s also a neighbourhood that’s been designated as a “regeneration area” by the city, meaning it’s poised for growth and some modern transformations. A former industrial hub known for its textile and garment-manufacturing warehouses, The Fashion District is still home to an abundance of historic factories and warehouses, many of which have been restored for residential, restaurant, office or gallery use.

Lately we’ve been seeing a number of contemporary proposals for the area, many of which tastefully and sensitively incorporate existing heritage buildings, as the neighbourhood becomes more desirable for a number of types of residents.

This area has an excellent Walk Score of 96/100 and a perfect Transit Score of 100/100. The site of King Street West is served extremely well by transit, with a 24-hour streetcar running past the doorstep, which takes you across the entire city, and another streetcar just minutes away that connects you directly with the subway line. The Financial District is a short walk away, as many other attractions including schools, hospitals and the Entertainment District.

This developer is an established developer with several monumental projects to their name across the globe, including Toronto’s very own Mirvish Village. Their portfolio includes luxury condominiums, five-star hotels, retail, office and public art projects. They strive to create quality projects that feature a high-degree of artistry, helping to foster more equitable and beautiful cities. They also have the distinction of being one of the world’s largest LEED platinum developers, significantly committed to a body of energy-efficient and environmentally-conscious work. 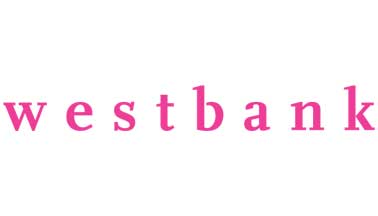 This is a well-known Toronto developer and property management company that specializes in creative commercial developments, often in restored heritage buildings. Much of their work can be seen in The Fashion District and other downtown neighbourhoods with strong historical roots.