Liberty Central By the Lake Phase 2

Come home to Liberty Village and experience panoramic lake, park and city skyline views in this downtown Toronto high-rise. The hotly-anticipated new condo project is gearing up to begin construction. Liberty Central By the Lake Phase 2 occupancy is expected for 2018.

This project is brought to you by Canalfa Group, a firm largely credited with shaping Liberty Village into the vibrant, livable community it is today.This tower will reach 27 storeys and house 302 dwelling units in total. You’ll find a mix of floor plans here, ranging from studios to three-bedroom penthouse suites and everything in between. Dimensions range from 460 square feet to approximately 1,000.

Like its sister tower, this high-rise will be the epitome of contemporary condominium design, with a sleek, glass façade rising into the sky, sharing a podium that features a rooftop terrace. 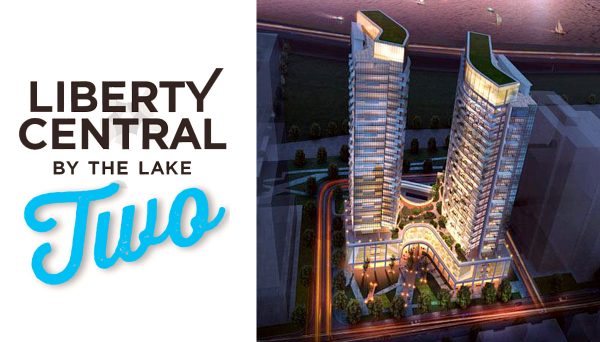 Units will feature floor-to-ceiling windows and open-concept layouts to take advantage of natural light and the area’s spectacular views. The kitchens here are a dream. Featuring European-style cabinetry available in a variety of finishes, your choice of granite countertops, optional islands or breakfast bars and a chimney hood fan, it’s a fantastic space to impress friends with your culinary skills or enjoy a late-night snack in style. Ultra-modern bathrooms come with a choice of vanities, marble countertops, white fixtures and soaker tubs or frameless glass showers.

At Liberty Central by the Lake 2, you’ll appreciate the details, like frosted glass sliding doors, sleek chrome hardware and exposed concrete columns, which give suites a loft-like feel. Relax on your private balcony and take in the views, which are spectacular from every direction. From the sailboats drifting out of Humber Bay to the west, to the downtown skyline on the east side of the tower, you won’t be able to get enough of your new oasis in the sky.

The building’s lobby, housed in the shared podium, takes full advantage of the curvaceous structure and with its floor-to-ceiling windows, brings the outside in. Modern and spacious, this two-storey space is a fabulous introduction to the building’s gracious amenities. Also located in the podium, you’ll find a full-service fitness centre with upscale features like a yoga studio and aqua massage area with steam rooms. Head up to the outdoor terrace and refresh yourself with some laps in the sparkling pool, or sooth your muscles after a long day in the hot tub. Or, just enjoy the poolside lounge and soak in the sun’s rays. A sophisticated party room complete with a bar, lounge and private dining area is a fantastic place to mingle with your neighbours, host a family dinner or invite friends for a five-star cocktail party.

Liberty Village, a self-sufficient enclave nestled between Lakeshore Boulevard and King Street, just west of the downtown core, is a neighbourhood many Torontonians wish they called home. It’s an area with strong industrial roots and many of the former factories have since been repurposed into lofts, with some now housing pubs, cafes, furniture showrooms and galleries. It’s a mecca for young professionals, artists and executives who want to live close to the nearby Financial District.

Though known for its art and design studios, an increasing number of media and technology startups have opened up shop in the area. The local Business Improvement Association serves over 600 local companies and 10,000 workers, making it a vibrant, bustling neighbourhood, where an abundance of shops, services and eateries are at your fingertips.

Artscape, a non-profit group that helps transform neighbourhoods and buildings through the arts has a strong presence in the area and subsidizes many live/work spaces for creative professionals. This gives the area a unique atmosphere that combines urban energy with an artistic and cultural vibe.

As if Liberty Village wasn’t enough in itself, the area is a short walk or streetcar ride from the downtown core. You can easily stroll to the Entertainment District, which contains some of Toronto’s hottest clubs, bars and entertainment venues, or over to the West Queen West district, christened by Vogue Magazine as the world’s second coolest neighbourhood. It scores a 91 on its Walk Score and a perfect 100 on its Transit Score.

Exhibition Place and the city’s harbourfront are easy to access from the condominium as well, and the harbour footpath is a picturesque walking and cycling trail that takes you all the way downtown.

Canalfa Group is credited with spearheading the 45-acre redevelopment of Liberty Village from an industrial district into the desirable residential and commercial hub it is today. Their projects span from luxury condominiums to spacious urban townhomes and incorporate upscale retail space, park land and comfortable amenities. 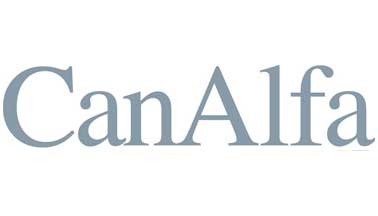