This new condo is the first phase of a two-tower condo project. The high-rise building will boast modern architecture, with sleek glass panelling.

Line 5 Condos is a new  condominium development by Reserve Properties and Westdale Properties in The Yonge and Eglinton neighbourhood. This new project is located on the southwest corner of Broadway Ave and Yonge St. It has an occupancy date of February 2023.

The building will make a whopping 990 units available in a wide range of layouts from studio to 3 bedroom plans plus a selection  of townhomes to be released later. Each suite will feature a balcony and all units with dens will be optimized to fit a pull-out couch. Making this pre-construction condo project ideal for a variety of lifestyles. 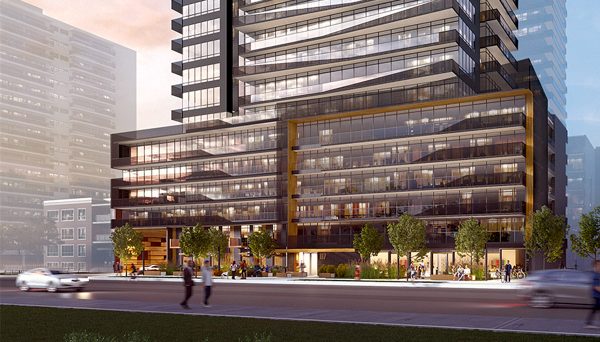 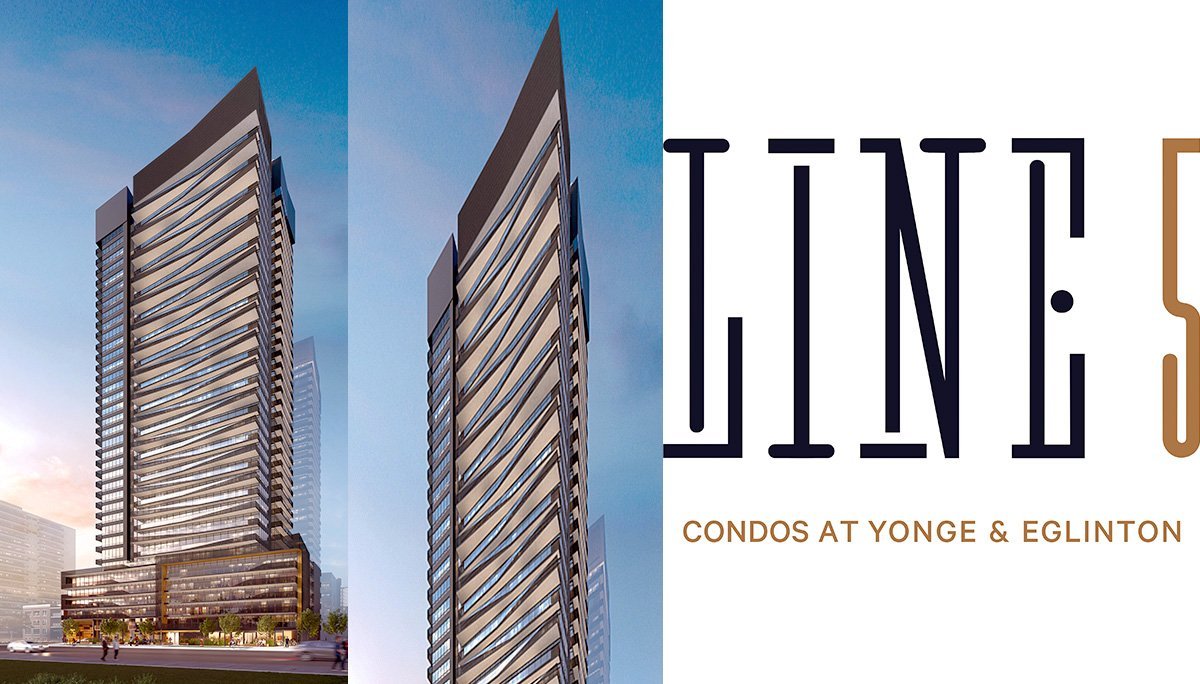 This highly anticipated joint venture is designed by preeminent firms IBI Group and U31.

Line 5 Condos will be comprised of two towers, respectively 36 and 33 storeys, linked by a 9 storey podium. Each tower will have its own podium as well, at 6 and 8 storeys.

With the two towers, the development will take up the spaces on 117 Broadway Avenue, and stand 110 metres and 112.8 metres tall. Luxurious mechanical penthouses will also be available in the towers. The proposed residential gross floor area will be a ground total of 665,425 square feet.

Its minimalist exterior will fit in seamlessly with the ongoing urbanization of the area. Line 5 Condos will also set itself apart with its podium, chic exterior, luxurious interior and grandiose size. This project’s uniqueness in collaboration with Westdale Properties is plain to see. 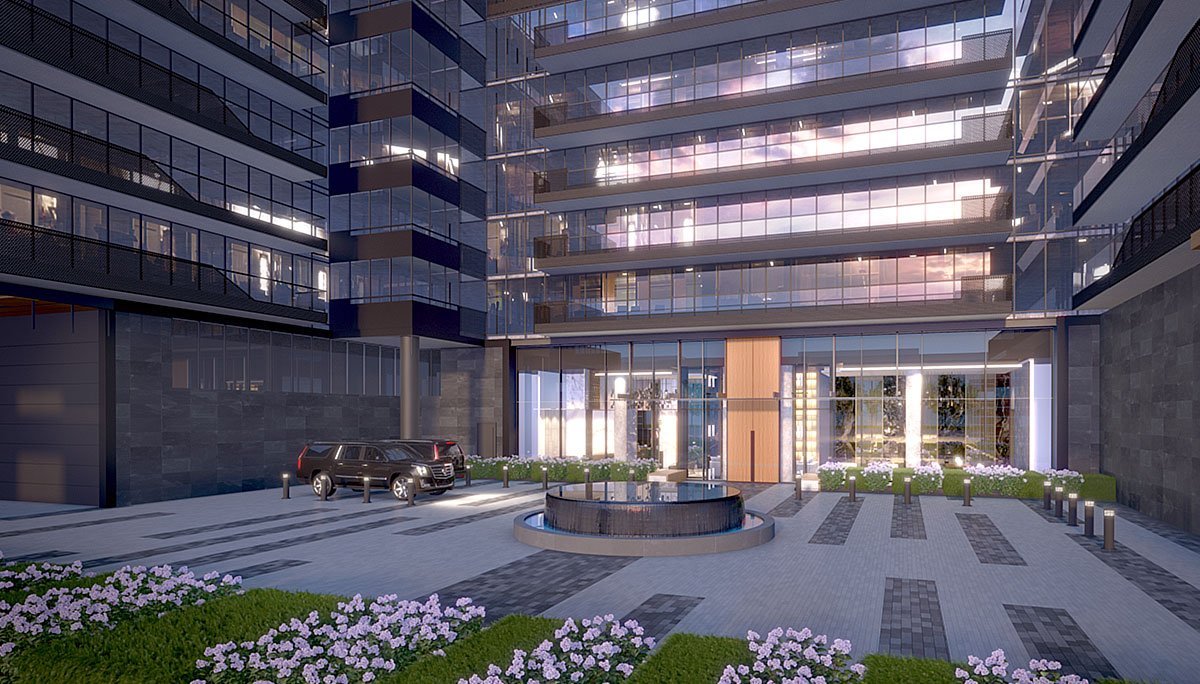 Line 5 Condo suites will be available in a wide variety of layouts, making the development suitable to all lifestyles. The allocated balance of sizes will be as follows:

402 parking spaces and 990 bike spaces will be available in 3-level underground garage.

Yonge and Eglinton is at the heart of the city, and according to a 2017 survey performed by Toronto Life, it is the highest ranked neighbourhood community in the GTA. This rating is based on crime rate, health, employment, entertainment, and people.

In addition to the schools, museums, and cinemas located nearby, this neighbourhood is also home to plenty of hip bars and restaurants. A line of parks also winds through the neighbourhood in the north, this includes Sherwood Park.

This neighbourhood is seeing a resurgence in area population as developers are preparing to take advantage of the underutilized region in anticipation of the Eglinton Crosstown LRT that will slice through North Toronto. Additionally, 117 Broadway Avenue Condos have a near perfect 92/100 Walk Score and an excellent Transit Score with 89/100.

There is a wide selection of grocery stores in the area, as well as many other shops.  Seamless travel into the city’s major university campuses not limited to University of Toronto, Ryerson University and OCAD. Business professionals will similarly enjoy having such ideal access to the downtown area, while living slightly outside the city centre.

The strong Transit Score accounts for the abundance of bus stops and Zip Car stations located in the area, yet we can expect a sharp increase upon the completion of the Eglinton Crosstown LRT. The Mount Pleasant LRT Station will be located only one block away from Line 5 condos. This will provide magnificent access to the entire GTA, and will make the Yonge and Eglinton neighbourhood a central transit hub. This newfound accessibility will be sure to have a tremendously positive impact on the neighbourhood, perhaps even making it the next hottest neighbourhood in town.

Their executive team is comprised of two family generations, and they represent many different expertise. They are an award winning developer, having been recognized by BILD and OHBA.

This developer has 60 years of experience in owning, managing and developing real estate across Canada. A few of these propertes are located in major Canadian cities,