Like the other buildings, this project is being developed by Streetcar Developments. It's located just on the east side of the Don Valley, and it is at the apex of some of Toronto’s most exciting neighbourhoods. This new condo project will be on the north side of the master-planned community. It is going to be a mid-rise development, and its ground level will house retail space meant for a health conscious grocery store. This phase will share the amenities and environment with the rest of the buildings. The private cobblestone streets will provide a charming stroll through the refurbished community that has managed to keep its Victorian charm. 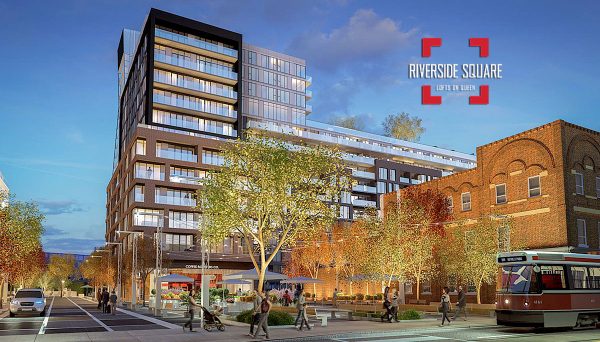 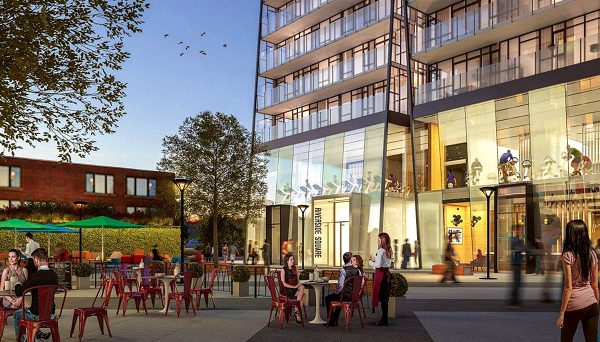 Like the rest of the condos, this project will be able to enjoy an array of different amenities. You’ll be able to take a tranquil walk through the streets to check out different cafes and restaurants that inhabit your neighbourhood.

Ready to exercise?. There is a fitness centre available for residents - or a swimming pool if that’s your preference. If you’re looking for a more relaxing dip, there will be a rooftop pool available in the community. Imagine relaxing in your pool, gazing westward as the sun sets over the CN Tower and the rest of the city you love.

With such a great place to live, you’re going to want to show your friends, which won’t be a problem at this new condo building. There are guest suites, and also a party room if you’re looking to entertain in your new home. If all this weren’t enough, residents will also enjoy the privilege of a concierge service.

The immediate environment is a treat in and of itself. However, the surrounding neighbourhoods are what elevates this area into pure bliss. To the east is the Leslieville neighbourhood, one of Toronto’s emerging districts. This side of Queen East is churning out some of the best restaurants and bars in the city, and the area seems capable of holding onto its Old Toronto charm. To the west is a series of amazing districts starting with Corktown, which is Lofts On Queen’s spiritual sister on the west side of the river. Shortly beyond Corktown is the Distillery District neighbourhood. This is a refurbished whiskey distillery that has been transformed into a go-to spot for tourists - and for good reason!.

The Distillery District is home to some great boutique shops and a series of restaurants that will be satisfy any hunger. If you keep pushing west, you’ll make it to St Lawrence Market, and its eponymously named. This is still the best place in the city to obtain your farm fresh goodies. Finally, to the north you have Danforth Village, otherwise known and Greektown. This is the home of the yearly weekend festival Taste of the Danforth, at which you’ll be able to eat all the souvlaki you can handle.

This condo project has an immaculate Walk Score of 95/100 and a perfect Transit Score with 100/100. In addition to the charm and character these neighbourhoods offer, you’ll also be able to pick up anything you may need from the neighbouring stores. The surrounding area is filled with transit options that will take you around your community, but there’s also the 501, which slices through the entire city by going down the length of Queen Street.  The Riverside Condos may be in the east, but you’ll feel like you’re in the centre of it all!

Streetcar Developments is passionate about investing in exciting sections across Toronto. They have a talent for building mid-rises that reinvigorate neighbourhoods, while also seamlessly blending into the established fabric of the community. Their goal is to create a more liveable and culturally rich Toronto. This aspiration has attracted some of the best talent working in the development industry in the GTA. They are an award winning company, having been voted the Best Condo Developer by NOW Magazine’s Readers’ Choice Award in 2014, and winning the Best Model Suite at the 2015 BILD Awards.   Read more about this developer. 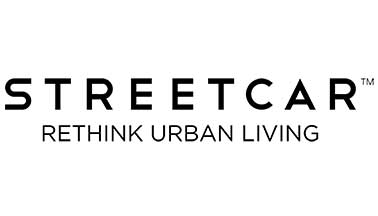