This new project is a pre-construction condominium proposed for 11 storeys in Toronto’s Yonge and Eglinton neighbourhood. Featuring  62 single-storey suites, and 5 luxurious two-storey penthouses, this building will occupy a fantastic address. After all, it is mere steps from the burgeoning, cosmopolitan intersection. UOVO Boutique Residences will be ready for occupancy for 2020.

With a stunning rooftop terrace, over 4,000 square feet of retail space at street level and one of the city's trendiest urban architecture firms at the helm, this is set to be a modern and striking addition to a high-energy pocket that's been seeing unprecedented growth. 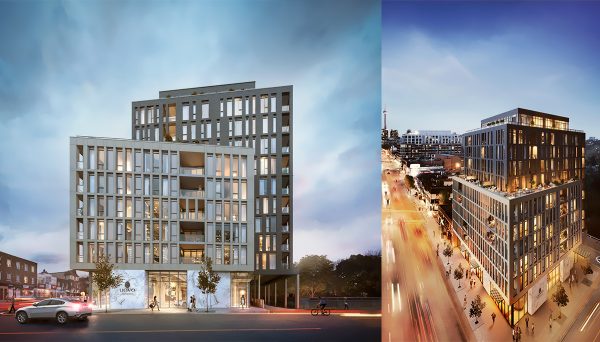 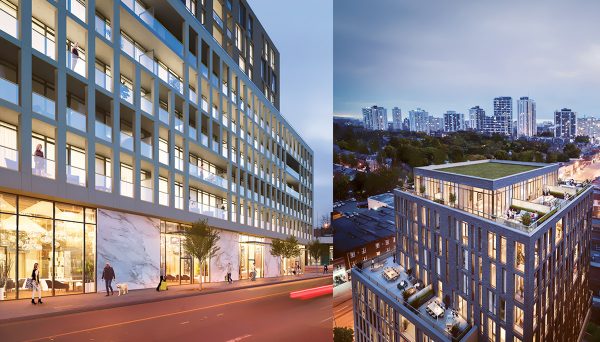 The developers are proposing a mixed-use project, which will include residential use from floors two through nine with 4,165 square-feet of retail space at grade, accessible from Yonge Street. 60 vehicle spaces will be provided in an underground parking garage, accessible from Hillsdale Avenue, on the site’s northwest portion.

The building – which will take the place of six commercial structures that occupy the lot – will contain a mix of one-bedroom, two-bedroom suites and three-bedroom suites ranging from 626 square feet to 1887 square feet. The tower will house nine suites per level on its lower levels, while levels 7 to 10 will each be home to six units. All will have 9 to 10 feet ceilings and access to  outdoor spaces, however the seventh floor terraces will stand out, with spaces up to 948 square feet. this means ample space for entertaining, and luxurious furniture.

Food connoisseurs will fawn over the units which come complete with an indoor-outdoor gas connection which will allow residents to either cook dinner in their open-concept two-tone kitchen, or barbecue on their outdoor balcony or terrace. Kitchens will be finished with quartz countertops, integrated appliances, and a in-cabinet microwave and panty. The option will also be available for an island, offered in multiple sizes.

Outside their units, residents will have access to lavish amenities especially on the second floor. Buyers can anticipate a fitness area, pet spa, and wellness room. A lounge will also be on the premises with a full kitchen, library, seating and a billiards table.

Currently, RAW Design is listed as the architectural firm working on the development; a group that’s handled many an urban boutique condominium and specializes in modern details. Their buildings are typically a mix of function and contemporary design and blend seamlessly into the neighbourhoods they inhabit. The project's lobby is no change from their signature unique design -- it's elegant lobby will set the tone for anyone setting good in the building. Complete with modern sitting, a fireplace,  concierge desk and herringbone floors.

The modern building will both suite the area while also standing out due to its unique architecture, boasting porcelain panels and glass additions.

Condos near Yonge and Eglinton provide residents with the opportunity to invest in a dynamic area that’s transformed rapidly in the past five years and continues to do so. What was once considered the city’s border has seen a record number of residential and commercial towers bring life to the neighbourhood, along with a multi-million-dollar retail upgrade.

High-end shops, restaurants and lifestyle amenities fill the area, giving it an energetic, upscale vibe that gives many downtown neighbourhoods a run for their money. Rental suites are in high demand here as young professionals flock to the area for both work and play.

This area has been given a near perfect Walk Score of 98 and a Transit Score of 94, making it easy to get around without the use of a car. Not only is it a short fifteen-minute commute into the heart of downtown from Eglinton Subway Station, but the area is in for a serious transit upgrade with the addition of the crosstown LRT. The LRT, which is expected to be servicing riders in the next couple years, will eventually add almost 20 kilometres of rapid transit access along Eglinton, from Scarborough in the east to the new Weston Road transit hub in the west end. Once completed, it will make this intersection one of the only in the region to feature rapid-transit stations in all four directions, making it a great spot to invest in now.

Having already made great strides in development, we don’t expect the trend to slow down for this burgeoning urban pocket. Designated by Ontario as a major growth centre, the amount of proposals currently active here could eventually result in space for over 20,000 people in the coming decade, enough to give it the distinction of being one of Canada’s densest neighbourhoods. Love the idea of investing in a thoroughly cosmopolitan part of the city that’s primed for major growth? This might be your ticket.

The Sher Corporation has a variety of projects throughout the Greater Toronto Area under their belt, and they continue to work to help shape the city's landscape. Their approach the the real estate market is inherently unique, as their leadership provides them with a particular understanding of the city's requirements. This as a result helps influence their way of approaching design and infrastructure. They specialize in infill properties where they wear many hats with their projects. They access, review, acquire and develop --  which informs their well rounded understanding of the industry.

The award-winning developer is the proud recipient of the 2014 BILD award for The Best Suite Design, afforded to them for their The Nest Development. A leader in the industry, the Sher Corporation boasts exceptional understanding of urban development and progressive modernism. This helps them work towards their goals of improving the landscape of the city's neighbourhoods and its urban identity. They strive to make a personal mark on Downtown Toronto by developing updated, modern buildings that expand and impact the cityscape.

Read more about the developer here. 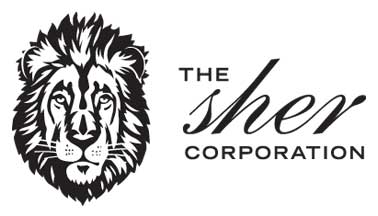