The Town of Whitby is due for some unprecedented growth, and it’s on course to become one of the most exciting places in the Greater Toronto Area. It’s a great little town that’s located on the shores of Lake Ontario, and it’s only a short drive away from the downtown core. That’s where this new project comes in.

Harbour TEN10 is being built by Castle Group Developments. They’ve shown they’re capable of developing many different types of residential buildings, and we can’t wait to see this one standing in downtown Whitby.

These condos are set to add a touch of modernity in this burgeoning community on the brink of one of the most dramatic transformations in the country. 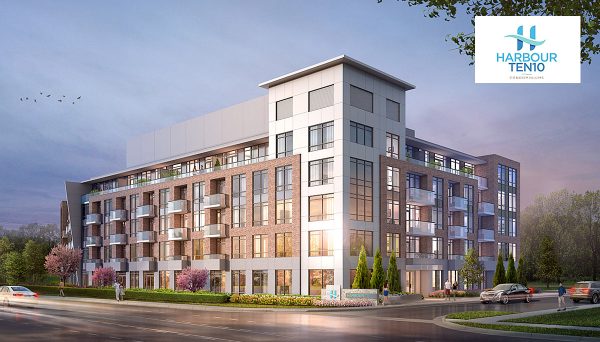 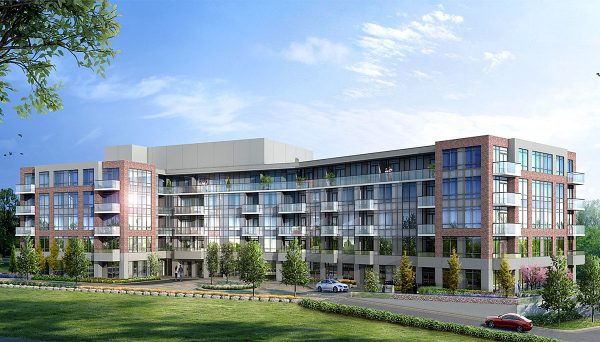 This developer is known for stunning design and fabulous amenities. The building’s architecture will be a definite stand out in this town that’s changing before our very eyes.

These condos are located on the town’s main street, and they’re surrounded by existing low-rise commercial buildings and they’re only a stone’s throw away from the Canadian Pacific Railway.

This condo development company always showcases stunning architectural designs, as well as world class amenities. Some highlights are a stylish and welcoming lobby with fireplace, a Let’s Play Room, The Social Lounge/Party Room with access to BBQ Terrace, and Imagination Relaxation Room, a Zen Yoga Room, a GreenSpace Playground area, Fitness Gym, and a virtual concierge.

These condos are located on one of the most important commercial stretches in Whitby. This vital corridor slices through the town’s neighbours of Ajax and Oshawa, creating a direct path across all of the communities.

This future development is just a short stroll away from the seminal intersection of Dundas Street East and Brock. This is the cornerstone of the city’s downtown, and there are so many different shopping dining places to visit for a bite to eat like KB Food and The Vault Gastropub.

With Dundas being one of the main stretches in the city, it’s easy to get around from here whether you’re driving or taking public transit. The local public transit is performed by Durham Regional transit, buses are able to take you to Ajax and Oshawa.

They can also provide you with direct access to the Whitby GO Station, which is great news for commuters who travel throughout the GTA for work. From here, you can get to the Financial district in Downtown Toronto in less than an hour.

Whitby is one of the best places to invest in the GTA because of the town’s dynamic plan to transform Port Whitby into a thriving new mixed-use community. Currently, most of the land is largely underutilized, but that’s all going to change with the new redevelopment. To put it in perspective, the area is currently home to 2,000 residents and it only has 500 jobs, but by the year 2031, those numbers are expected to grow to 12,500 residents and 3,790 jobs.
This is going to contribute to the overall growth of the entire city, which is expected to grow from 128,377 people in 2016 to 193,000 by 2031.

Drivers will have incredibly easy access to the Ontario Highway 401, which is widely regarded as the most integral highway in North America. It ties the entire GTA together, including Ajax, Pickering, Scarborough, North York, and of course Toronto. It’s a vital lifeline for getting to work for thousands of drivers each day, and it can also connect you with emerging job markets like Markham and Richmond Hill.

This development is one of the best opportunities to own in the next up and coming municipality in the GTA. It’s connected to numerous employment centres, including Downtown Toronto, by way of the 401 and GO Transit. The new development plans in the city are also great news for investors who want to get in on the ground floor. So hit that registration button to get updates about this project, you won’t regret it!

This development creates some of the most sought after buildings in the GTA. They are renowned in the real estate industry for their dedication to exceeding expectations. They’ve become a regular fixture at the BILD Awards, which is the industry’s most prestigious award ceremony. They’re passionate about joining together lifestyle and value, so they’re the perfect developer whether you’re looking for condo to invest in or buy as end use. 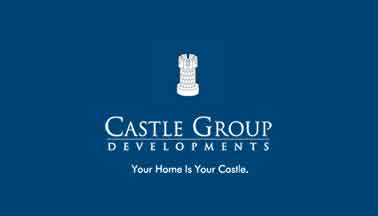