A brilliant new opportunity for investors and prospective home buyers is right around the corner. This project will bring spacious suites to the community, and they will become some of the most technologically advanced homes in the GTA. The expected occupancy date is set for 2018.

Sunview Suites are going to be built in the city of Waterloo, which is a thriving area that is also one of the fastest growing regions in Canada. In addition to its storied universities, it also has a wealth of employment opportunities, particularly for young professionals working in the tech industry.

There’s no doubt that these are going to become the most sought after homes in the western parts of the GTA. 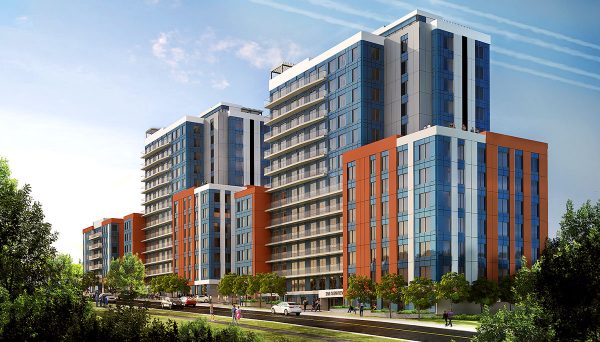 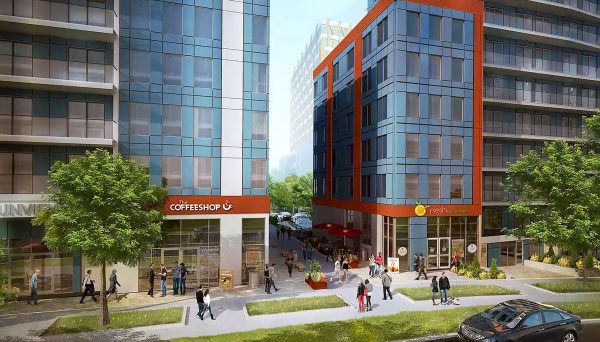 Sunview Suites project will stand at 13 storeys, and its modern design is sure to establish it as a landmark in the region. It has large floor to ceiling windows, which will allow for sundrenched rooms - perfect for studying!

There will be a mix of one and two-bedroom units, so it’s perfect whether you’re a young professional living one your own, or a student looking to live with a roommate. Each suite is also outfitted with a large dining room. This could also be the perfect place for your desk and workstation.

Sustainability is incredibly important to this developer, which is why they’re implementing the most recent energy efficiency technology. Suites are packed with modern furnishings; this includes dual flush toilets, double pane glass windows, Energy Star qualified appliances, LED lights, and individual hydro meters in each unit.

In addition to pushing the envelope in energy efficiency, this development is also outfitted with amazing amenities that make it an ideal choice for the modern student or professional. The study space and meeting room are perfect for students and professionals alike who are looking to get a bit of work done, or if you want to grab and juice or a snack, there will be cafes at the ground level. The lounge, media room, and rooftop terrace are there when you need to blow off a bit of steam.

These amenities are here because this project is built to ensure the success of its inhabitants, whether it be in scholastic or professional endeavours. This is going to be a popular place to live, so the smart investor best keep this place on their radar.

Waterloo is historically known as a university town, which is what makes this development so appealing. These condos are only steps away from the both of the city’s major campuses with Wilfrid Laurier University only being a 10 minute walk away, and the University of Waterloo, being a 12 minutes walk away.

Just like the condos, these institutions are built for success as Wilfrid Laurier University is 1st in the country for student satisfaction, and the University of Waterloo is 1st for innovation.

It isn’t just the schools in the region, Waterloo is also a major economic contributor in Southern Ontario. Its local economy has been growing at a faster pace than the province for 10 out of the past 11 years. This is largely due to the presence of large tech companies like Google, Microsoft, and Shopify choosing Kitchener-Waterloo for office locations. There’s no denying that the universities and employment go hand in hand in this city.

These positive traits are having a major impact on the area, which is forecast to be one of the fastest growing cities in Canada. It’s predicted that there will be 742,000 people living in this region by the year 2031.

Need more? This is one of the first 100% fibre-wired communities in Canada, which means that residents get to enjoy cheap, lightning fast internet connections. There are also tons of great shopping and dining choices too, as well as entertainment, so you’ll always have something to do.

Spacious floor plans, world class amenities, and a growing city, there’s a lot to love about this opportunity. Make sure you register today to get the latest information about this development.

Prica Global Enterprises has been Waterloo’s most prominent builder over the past 15 years, and it is largely due to their vast set of expertise. They are capable of overseeing multiple aspects of the development process, including leasing, property management, architectural design, construction, and manufacturing. They are committed to building environmentally friendly developments by using the most recent technologies.