See All Condos by Brivia Group

This real estate investment and development firm has carved a name for itself in the Quebec real estate industry with a direct focus on the Montreal market, which presents exciting opportunities to own in one of Canada’s largest cities and untapped realty markets. They have shown an ability to build a variety of different housing types, and they’re making their mark on Montreal’s skyline in the process.

The Brivia Group has been active since the year 2000, and in that time they’ve successfully completed over 2,000 units throughout Greater Montreal. These units come in all shapes and sizes, including condos, apartments, penthouses, and detached houses. This is changing the landscape of Montreal, which is quickly becoming the next hot spot in Canadian real estate investment. 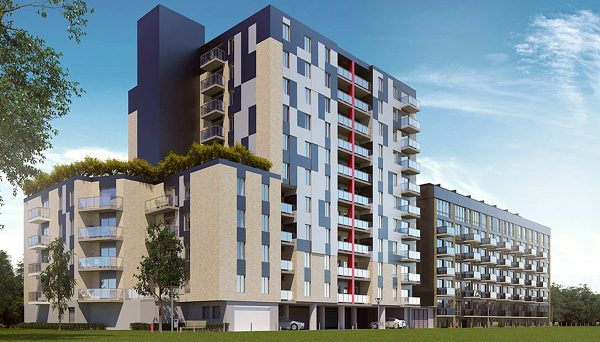 If you’ve been active in the Toronto real estate industry, you’ll know that people love to say that the city is, “Manhattanizing,” which refers to the intensification and build up happening in the city’s downtown core. Thanks to the Green Belt’s protection, there are simply fewer places to build in Toronto. Manhattan is used as a reference point because it’s located on an island, and you just can’t build on the water!

Montreal also happens to be built on an island. That means it’s due for its own Manhattanization.

Montreal is a city on the rise. For the past few decades, it’s been renowned for its low rents and condo prices, but all of that is about to change. It’s average price per square foot in 2017 was $533, making it much more affordable than many of the other major cities in the country. Still this was a 9% increase from the previous year. The savvy investor will look at this and know that it only means there’s an incredibly high ceiling that’s simply more untapped than many of the markets across the country. 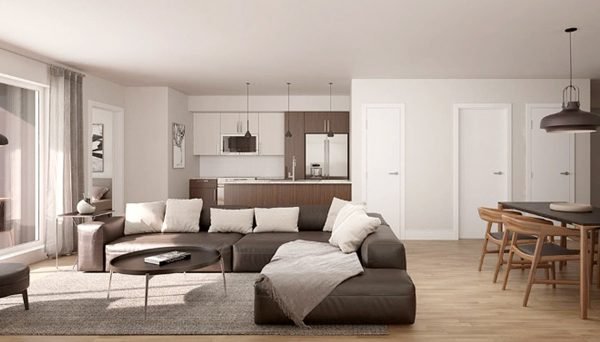 The developer has an important role to play in Montreal condo development. They are committed to building condos in Montreal that showcase the highest standards. They do this by focusing on quality, innovation, lifestyle and social responsibility because they believe that this is the perfect recipe to exceed the expectations for their investors, partners, and communities.
Their company values can be distilled into integrity, transparency, shareholder value, and accountability. Integrity means holding the highest standards for professional ethics and business conduct. Transparency means that they operate and manage their affairs with complete openness.

Shareholder value should be wheat excites investors the most because this developer knows that it translates into long-term professional relationships. Accountability refers to setting expectations so their standards are properly aligned.

All of this has contributed to this development firm becoming an award winning company. They won the 2017 Habitat Design Award for their YUL project, as well as multiple awards for many of their other projects.

This developer is influencing the way to City of Montreal is laid out. It’s one of Canada’s most populous cities, and because it’s located on the island, we expect that it won’t be long before it undergoes a dramatic transformation and build up like Toronto. The builder’s dedication to integrity and quality design and craftsmanship means that the city will have a bright future, and we can’t wait to see it. Connect with us today to be the first to hear about any new developments coming from this developer.

This condo high-rise is located in Montreal’s coveted Golden Square Mile neighbourhood. It sits in the shadow of the eponymous Mont Royal, and it’s surrounded by everything the city has to offer, including being only steps away from Station Peel on the Metro Line. It stands at 19 storeys, and it includes 178 individual units. It’s also only seconds away from McGill University, making it a great fit for students. Its amenities include a lounge, fitness studio, work lounge, and rooftop patio. It was completed in 2018, and it’s located at 2061 Rue Stanley.

This mid-rise is located in the Notre-Dame de Grace neighbourhood, and it’s outfitted with open layouts and large windows. It’s the perfect fit for those who are looking for spacious rental units, with their units starting at 793 square feet. It was completed in 2016.