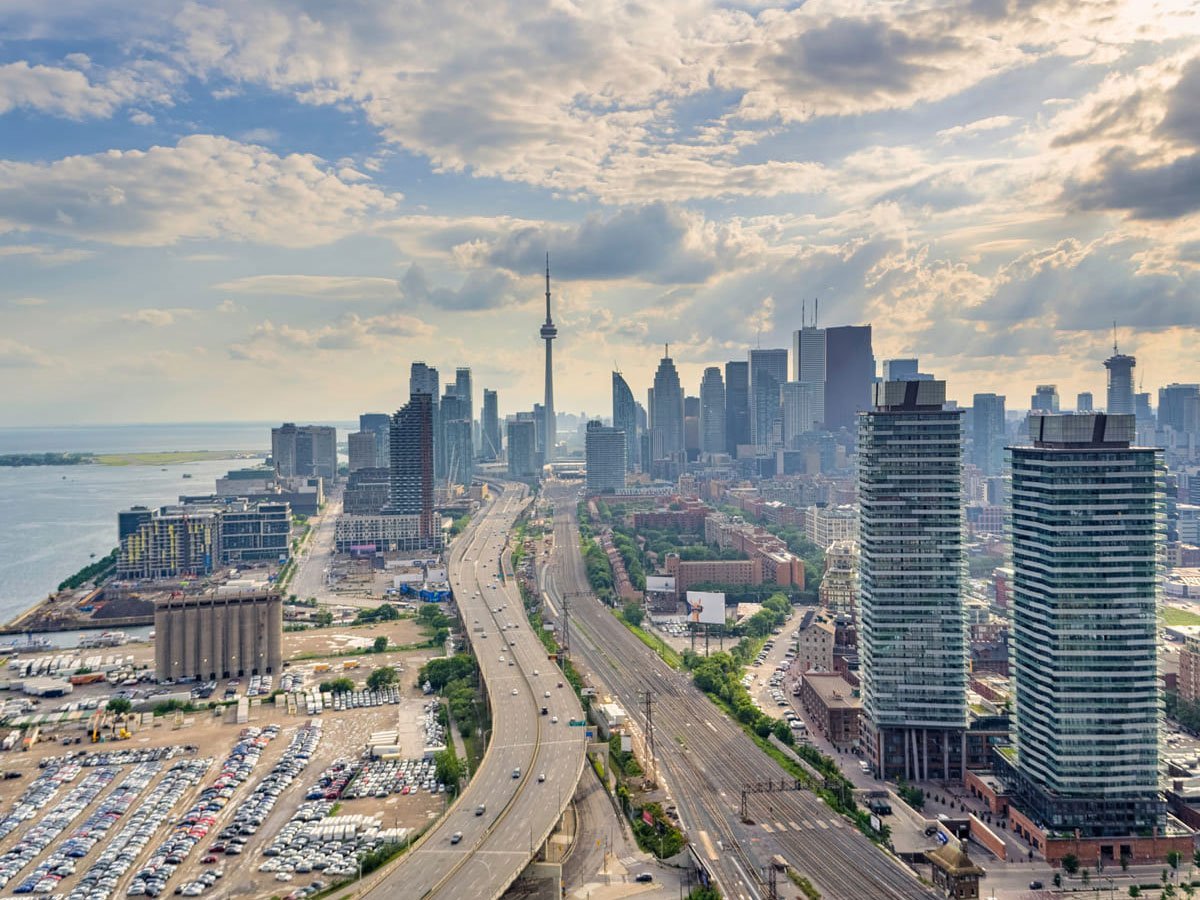 The Plan for Downtown Toronto’s Future

Toronto's high quality of life and economic opportunities have made it one of the fastest-growing cities in North America, and nowhere is this more evident than in the rising Downtown skyline and on Downtown's busy sidewalks. Downtown, also known as the Core, accounts for only 3% of Toronto's land area, yet it makes up 40% of the non-residential gross floor area and 38% of the residential units proposed in the entire city. It is Canada's largest employment cluster with over 500,000 jobs, relying on Union Station and the subway system to provide access to the regional workforce. Close to 240,000 people live Downtown with over 7,500 residents added annually over the past 5 years.

By 2041, the population is projected to nearly double to a potential population of 475,000. In this same time frame, Downtown, together with the two 'shoulder' areas of South Eastern and Liberty Village, has the potential to reach between 850,000 and 915,000 jobs. With all of this growth, the city has started to plan for the future.

It's no secret that Toronto is growing at a rapid pace. Its economy and job growth have risen dramatically over the last decade, and the same can be said about its population.

By initiating the TOcore study in 2014, Council recognized that growth was outpacing the City's ability to secure the necessary supporting infrastructure. On July 27, 2018, the TOcore Proposal Report was adopted by Council as a 25 year, sustainable vision, that will allow Downtown Toronto to continue to establish itself as the cultural, civic, retail and economic heart of Toronto and as a great place to invest. 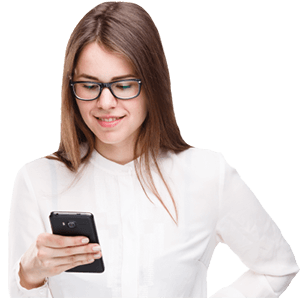 TOcore Creates a City Fit For Families and Everyone Else!

The good news is that the downtown core will continue to be ripe for investment, which is particularly apparent in its residential and housing plans. The city council aims to make the downtown core a great place to live for a variety of households, including families. Based on the most recent revision to TOcore, it decrees that 40% of units in new developments with 80 or more units are encouraged to offer two or more bedrooms.

This new plan will create a better variety of units that are available to the city’s diverse and growing population. 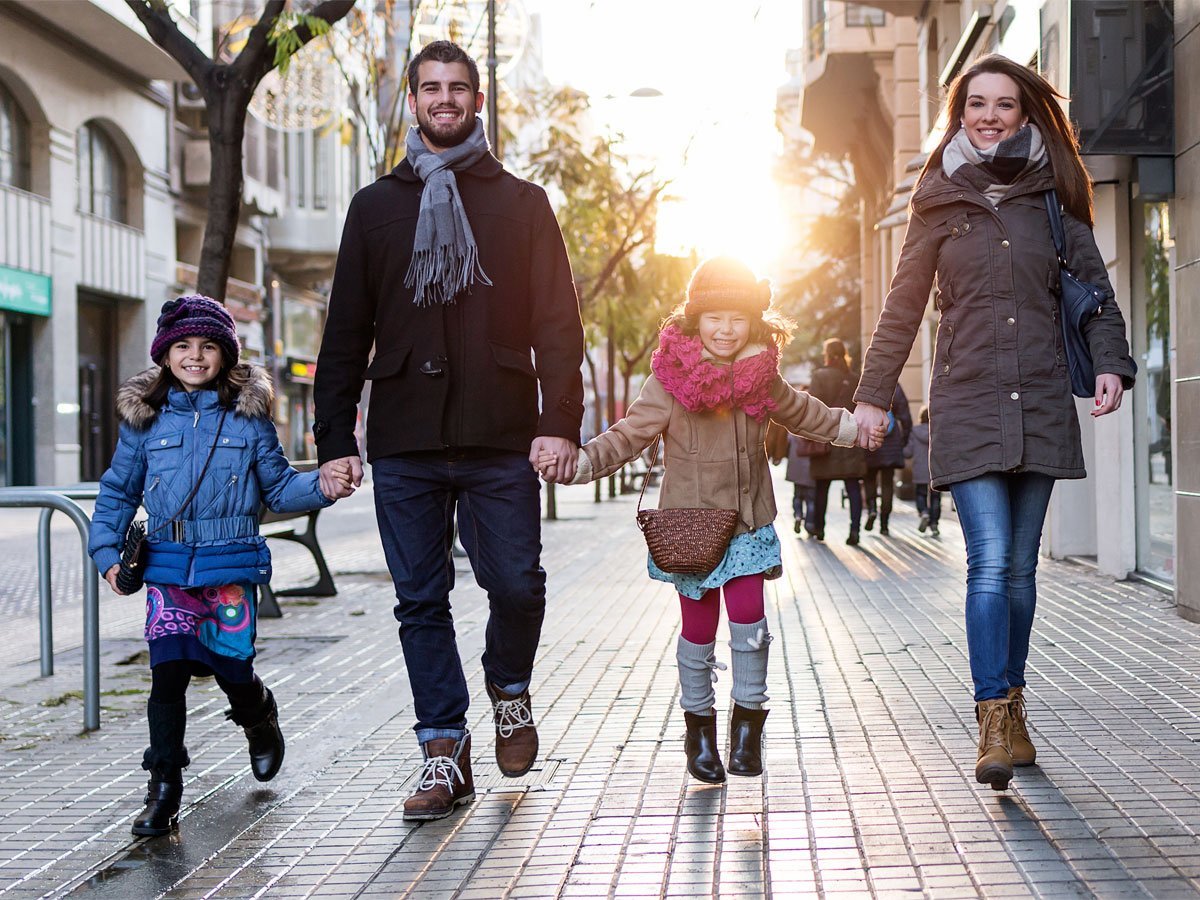 Two and three-bedroom units are ideal for attracting more families into the heart of the city, and they’re also an excellent fit for students and young professionals who are interested in living with roommates.

The new Downtown Plan also aims to increase the size of the Financial District, which will catalyze job growth and further cement Toronto as the economic centre of Canada. Currently, the Financial District stands at the very heart of the city, and the Yonge-University subway line encircles it. Its boundaries are Queen Street West to the north, Yonge Street to the east, Front Street West to the south, and University Avenue to the west. The Financial District is a small neighbourhood in the city, but it’s filled with head offices of major corporations, including the nation’s biggest banks.

The new boundaries will expand down Front Street, stretching south along Queens Quay, and extend to the Church corridor. In a city and global economy that continues to innovate and create new industries, there’s no telling what new opportunities will come to this expanded Financial District. What we do know is that it will create more lucrative jobs in the downtown core, and will also attract more local investment into real estate and more.

Questions About Projects in This Area?
Register With Us Today to Receive Platinum Access to the Projects That You’re Interested In
Register Now 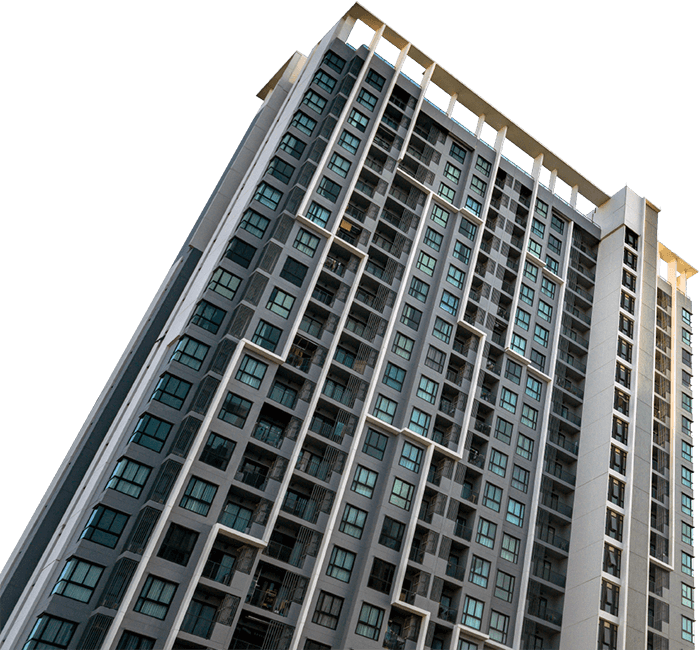 Building for Both Liveability & Mobility 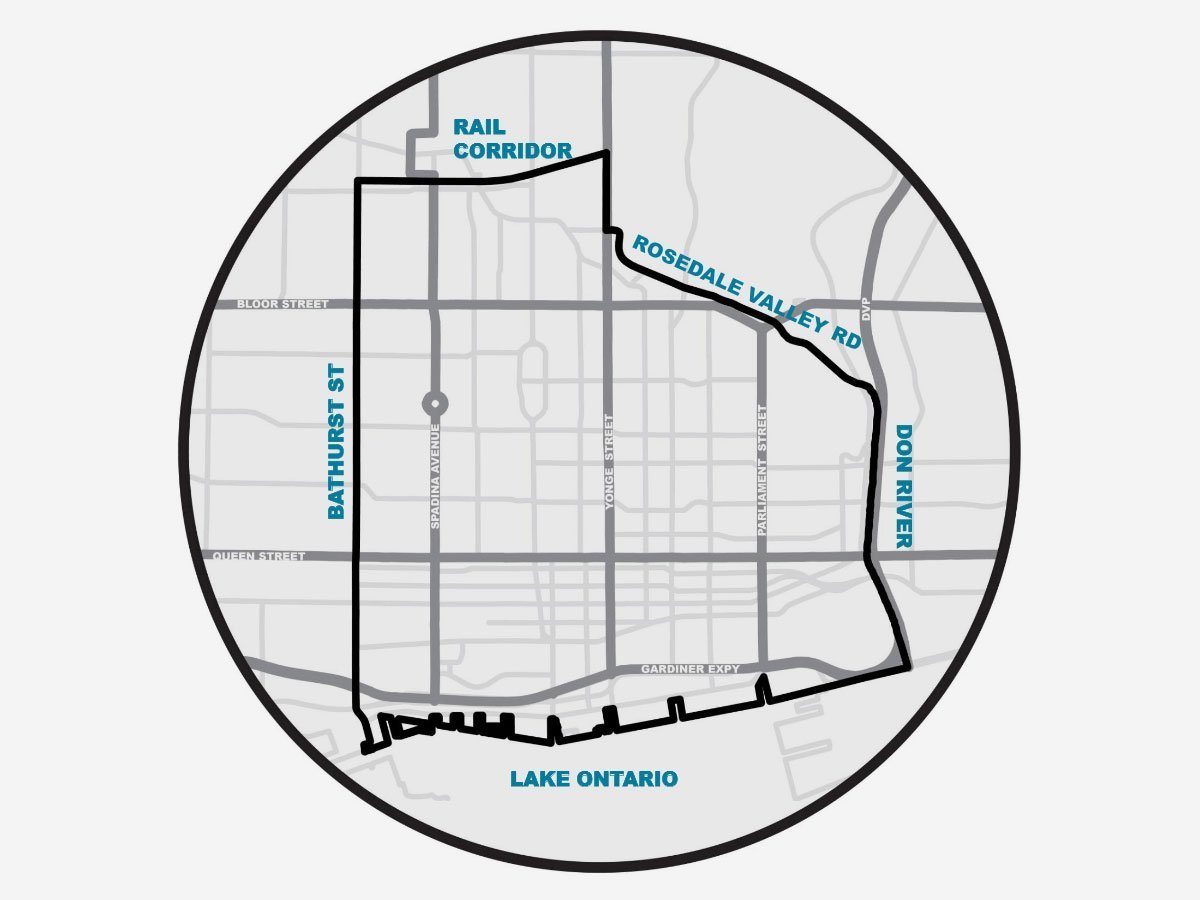 Image Courtesy of City of Toronto

TOcore has also identified a variety of mixed-use areas throughout the entire downtown core. The wise investor will take special note of these areas because they will be the cornerstones of development in the downtown core. It’s no surprise that the Yonge corridor is receiving attention. Still, you should also notice that the southern portion of Downtown, in between Queen Street and the Gardiner Expressway, will be a specific target for development. The city’s waterfront is also identified as a vital mixed-use growth centre.

Much of the intensification happening Downtown is in the form of tall buildings. Although taller buildings have the advantage of housing more people than low-rise, more compact structures, skyscrapers are only appropriate in some locations and on some sites with specific characteristics. Growth downtown will continue in a variety of building types and scales as the city’s plan identifies the whole of the downtown core as an area for growth.

The city’s transit plans are also included in TOcore. Downtown Toronto’s high degree of regional and global accessibility has been fundamental to its economic success. The most crucial transit lines coming to the area are the Ontario Line and SmartTrack.

By the year 2031, the existing subway lines in the downtown core will have reached capacity, that is why new train lines must be implemented.

The Ontario Line, which is a deviation from the previously proposed Relief Line, is designed to relieve congestion in the TTC’s Lines 1 and 2. It will also be a much needed rapid transit system running from The Ontario Science Centre to Ontario Place.

The most recent Metrolinx docs show the Ontario Line dipping south to follow the path of the GO’s Lakeshore East corridor. This leg of the track would be built above ground until a point north of Gerrard St. instead of stopping at Sumach and Adelaide Sts., as previously proposed. The Ontario Line summary also shows a Leslieville station on the western side of Lakeshore East GO corridor instead of the Relief Line stop to the east of Queen St. and Carlaw Ave. In total, the latest transit plan will run above ground for up to six kilometres of its 15.5-kilometre length while it is said to be a transportation link between the Ontario Science Centre and Ontario Place.

Premier Doug Ford has also revealed his new transit plan which has designated $4.7 billion to the construction of Metrolinx’s Eglinton Crosstown West Extension (the Eglinton Crosstown LRT/ Line 5 is currently under construction and is expected to be completed in 2022). What makes this extension so integral is its direct access to Pearson International Airport, which is the busiest airport in Canada and serves as a major employment centre for the province. Currently, Pearson employs approximately 49,000 workers and has the potential to grow to 70,000 jobs by 2035. Not only is the Line 5 extension expected to be completed by 2031 but this means that workers and frequent fliers will be able to arrive at Pearson International Airport more effortlessly than ever before.

As an extension of the GO Transit system, SmartTrack aims to take advantage of the existing Metrolinx track that cuts across southern Toronto. It will create 6 new stations in Toronto, providing access to much-needed pockets of the city like Liberty Village and The Junction. It will also create stations in the downtown core at Spadina and Front and East Harbour making it a critical new transit hub in the city. In addition to this, East Harbour will also be a significant employment district that’s expected to bring 70,000 new jobs to the city. 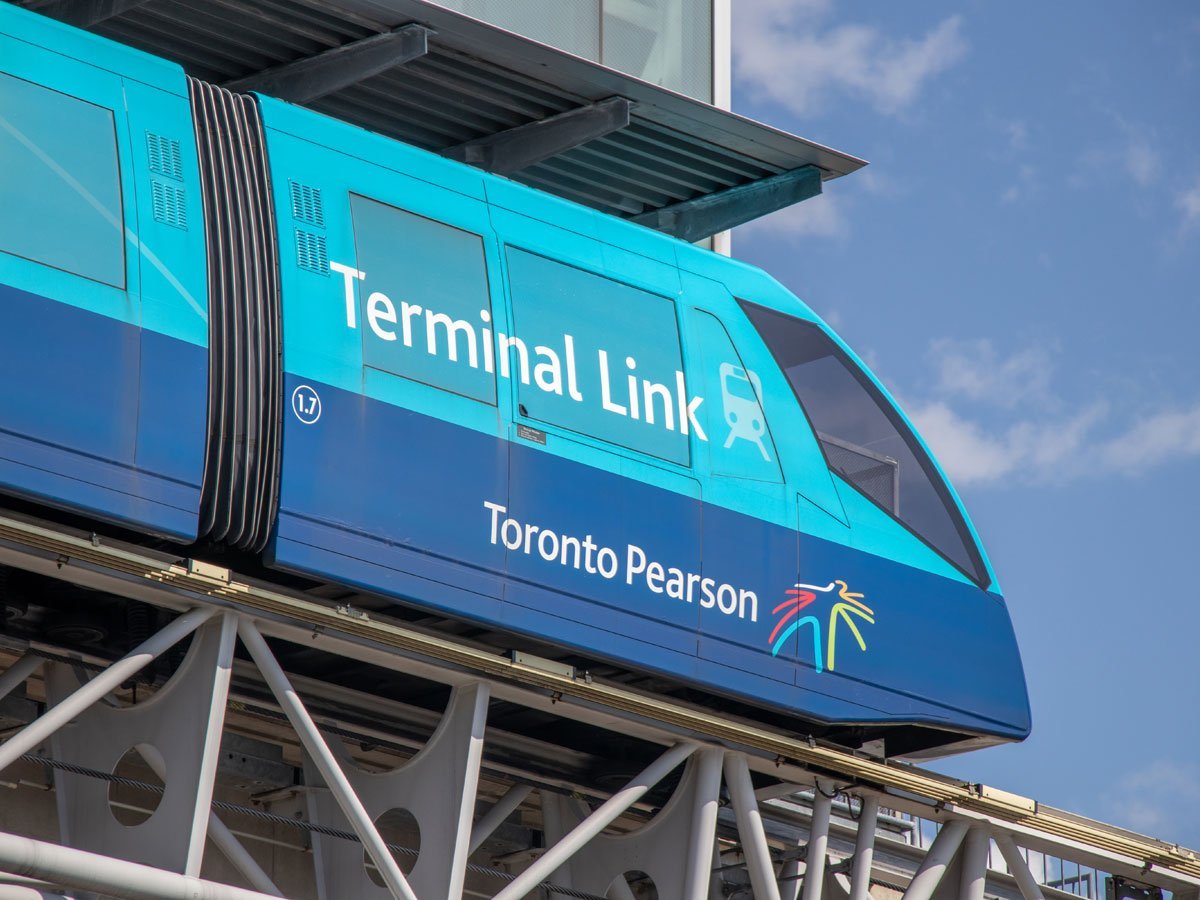 Mobility downtown will be increasingly less dependent on the private automobile. Transportation priority will place walking and cycling fist, followed by transit, and then private automobiles. High-quality and desirable walking, cycling, and transit routes will become a defining feature in the success of downtown Toronto. The City of Toronto is committed to leading us toward the future, while also respecting the assets that we already have. That is why they’ve also established plans to retain the city’s cultural industries and public realms. 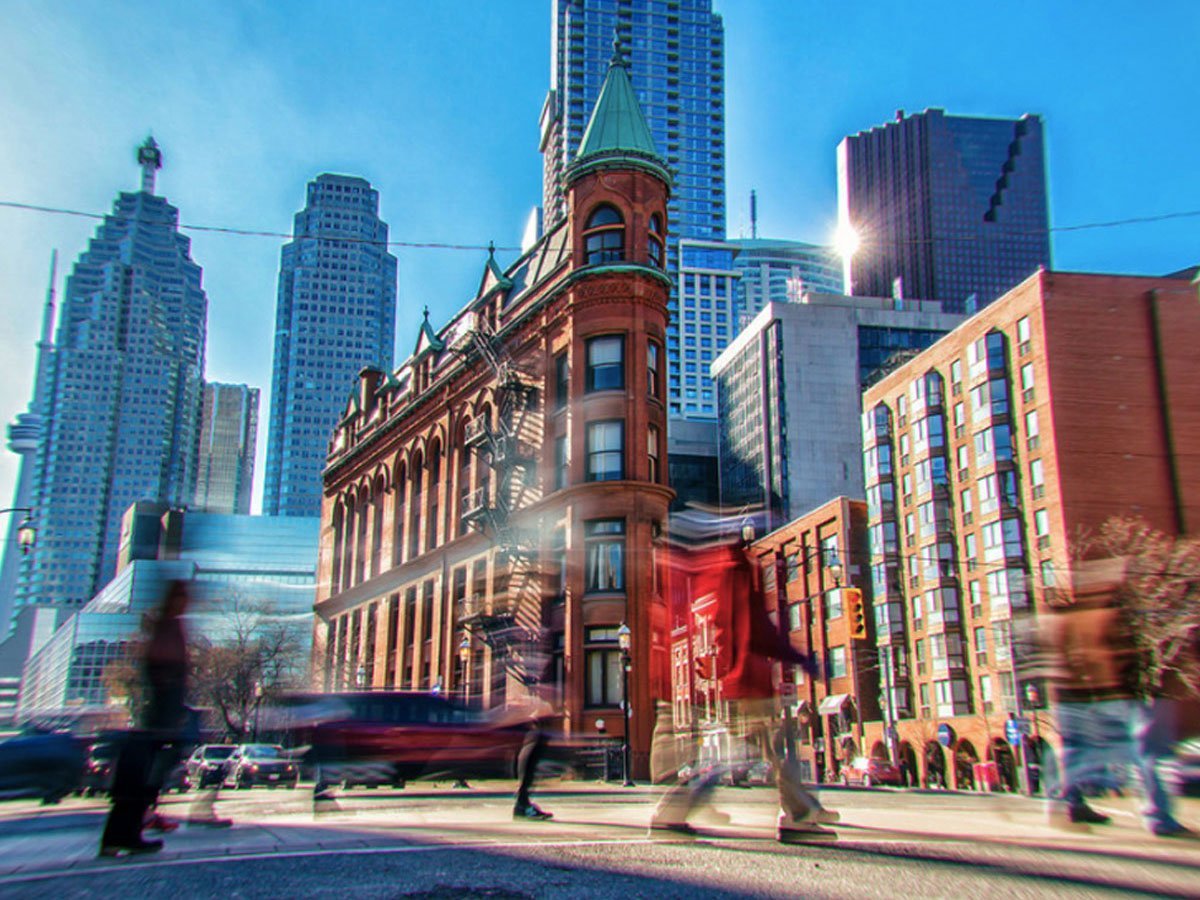 Immerse Yourself in Toronto’s Culture

Out of a Canadian population of 3 million, Toronto is home to over 200 nations. In November 2017, Canada announced that they would be admitting nearly 1 million immigrants over 3 years. The number of economic migrants, family reunifications and refugees climbed to 330,000 in 2019, and still, that number will rise to 340,000 in 2020. 30 percent of the immigrant population has settled in Toronto while the second-largest settlement area in Canada is in Montreal at 17 per cent.

Although Toronto is a “melting pot” of diverse cultures, The City of Toronto has its own vibrant cultural scene that majorly contributes to the city’s economic status. It’s considered a Music City, which — according to Music Canada — means that the city enjoys a rich music economy. The filming industry is also vital to Toronto’s economy. While the entire city sees its share of film shoots, the majority of the activity happens around an area bordered by Queen to the north, Jarvis to the east, Front to the south and Bathurst to the west. TOcore has identified major cultural corridors, too; they are Front, Yonge, Jarvis, Bayview, Bloor, and John.

The public realms are also vital to the city’s overall character. Toronto is a city of communities, and this will be true of its vertical communities too. TOcore is making a concerted effort to have these communities continue to flourish, and this can be seen through their implementation of Great Streets and park districts.

The Great Streets are places with substantial economic benefits. These benefits consist of a healthy concentration of commercial shopping, as well as plenty of employment. The Great Streets are Spadina, University, Yonge, Jarvis, Parliament, Bloor, College, Bayview, Queen, King, Front, and Queens Quay.

The park districts are designated focal points for each community. There are 21 different park districts in the downtown core, and many of them are surrounding staples like the University of Toronto campus and Kensington Market.

Downtown is growing, and with its intensifying residential fabric, expanding workforce and increasing number of visitors, there is an ongoing need to improve and expand the public realm. As challenging as this may be, there are opportunities to expand the parks and public realm networks downtown. To tackle this challenge, Parks, Forestry & Recreation, in collaboration with City Planning, are developing a Parks and Public Realm Plan that will rethink the use and design of existing street, parks and open spaces. The plan will guide the development of a connected and expanded system of high-quality public spaces and reinforce the improvement of active transportation within the realm.

TOcore is the vision for the city’s future, and it’s an excellent roadmap for investors. It identifies new mixed-use communities in the downtown core, which will be great locations for investment. Parks and transit districts and the new extension of the Financial District will also make the city an even better place to live, work, and play. 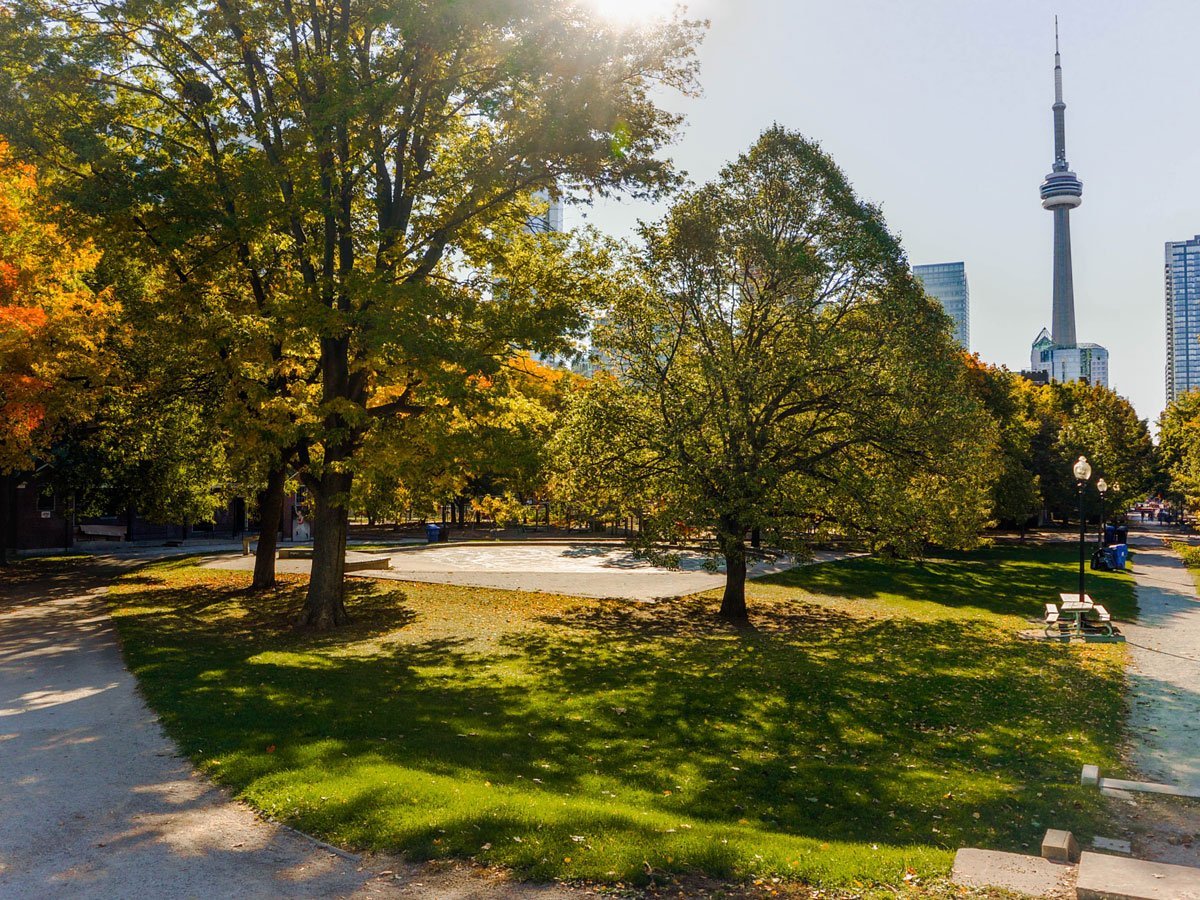 The city is also making the increasingly urban environment a great place to live for a variety of different people, thanks to their efforts to increase the volume of two and three-bedroom units. The savvy investor will take note of these intentions as an outline for where to invest. Keep your eye on the downtown core; you won’t regret it. 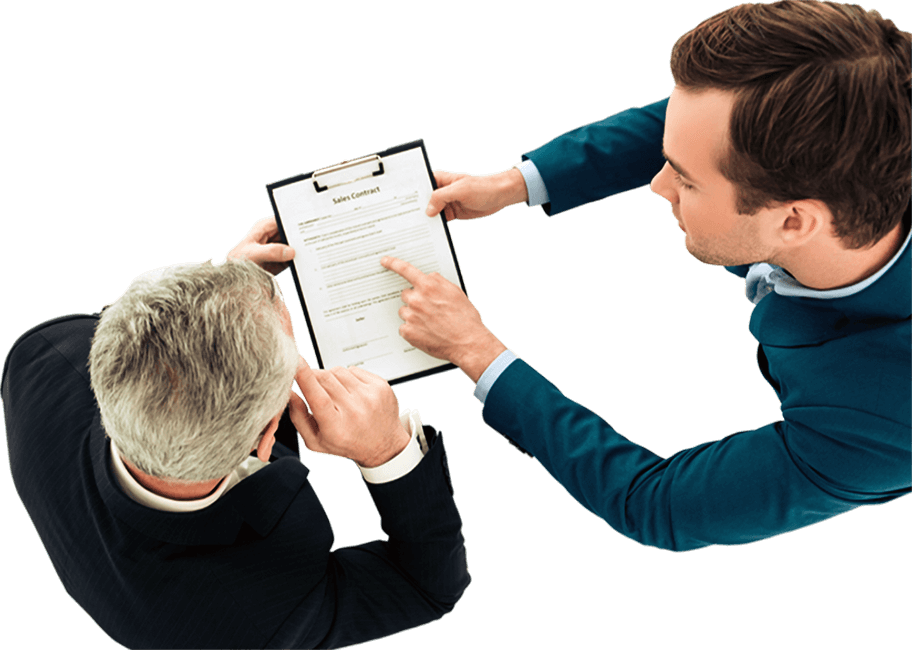 Check out These Helpful Government Plans…