See All Condos by Mattamy Homes

Mattamy Homes is Canada’s largest privately-owned builder of new single-family homes and townhomes projects in the GTA. In recent years, they've taken a big step into the high-rise market. With the acquisition of Monarch Group in 2015 - the Canadian division of US-based Taylor Morrison Home Corporation - and the recent completion of several condominium projects of their own, Mattamy is enhancing their already significant footprint in Ontario.

In 1978, the company was founded by Peter Gilgan, the current CEO. They now have enterprises across Ontario, Alberta and a few states in the U.S. His mission is to expand US development. Presently, Mattamy is focusing on an urban identity, having made their name in the suburbs of the GTA. 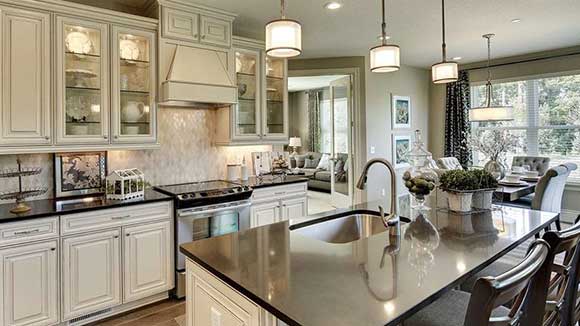 The company has currently built over 70,000 homes in hundreds of communities. Peter Gilgan took a look around and saw an opportunity to create something unique in a world of uniformity. The success and growth of his company can be attributed to forecasting trends, pinpointing prime locations, incorporating superb designs and having the foresight and capability to pursue major real estate opportunities.

Mattamy’s attention to exceptional craftsmanship and customer service is taken to the highest degree. Their homes are available in a wide variety of architectural styles, setting new standards for creative thinking, modernization and practicality. Their hallmarks have always been superior building quality, unique living spaces and extraordinary value.

They build memorable addresses and incredible investment opportunities, ensuring investors are rewarded with long-term value. This  benevolent corporation believes in giving back to the community and is an energetic philanthropic supporter of local charities.

Lago at the Waterfront

Lago is a tower reaching 50 storeys on the shores of Humber Bay in the neighbourhood of Etobicoke. Situated right on the waterfront, it features spectacular unobstructed views and upscale amenities. It was completed in 2016.

The sleek and towering structure reaches 42 storeys near Toronto's Entertainment District, where everything is at your fingertips. It sits at 28 Ted Rogers Way in Toronto and was completed in 2013.

This 39-storey condominium is located at 68 Marine Parade Drive in Etobicoke and features access to Lake Ontario and the picturesque shores of Humber Bay. It was completed in 2012.

This 23-storey tower has 364 units and sits at 90 Stadium Road near the waterfront in Toronto. It overlooks the harbour and features indulgent amenities like a jacuzzi and sauna. It was completed in 2011.